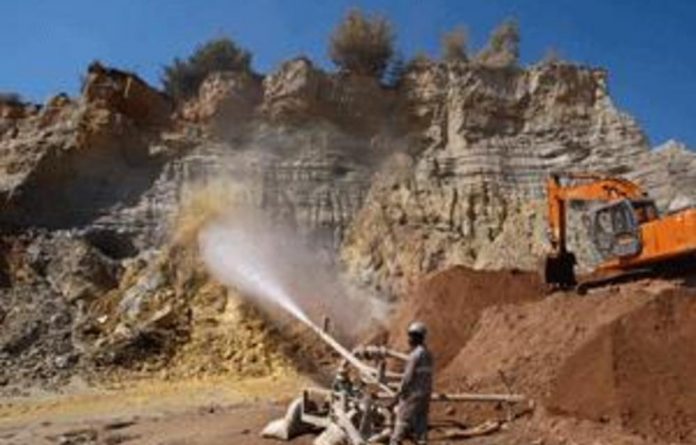 Allegations that former convicts Kenny Kunene and Gayton McKenzie defrauded poor Sowetan communities by persuading them to participate in a mining rights application for Central Rand Gold in Johannesburg are being investigated.

However, there is widespread confusion over the status of the police investigation.

The Mail & Guardian was reliably informed that the National Prosecuting Authority initially declined to prosecute the matter, although it denied the claim this week. The Hawks have conducted their own investigation into the accusations, but the NPA said it had not seen their docket.

“No one seems to know about this matter,” said NPA spokesperson Mthunzi Mhaga.

But the NPA’s asset forfeiture unit has now also initiated a probe, according to a source who is familiar with the details of the case. If the unit finds there is a case to be made against the two men, it can apply to the high court to seize their assets, which include a number of supercars.

This week Hawks spokesperson McIntosh Polela told the M&G that the unit had investigated accusations against Kunene and McKenzie involving the Central Rand Gold mining deal.

“We have done an investigation. However, our protocol doesn’t allow us to give updates on ongoing investigations.”

Sushi King is well-connected
Kunene, who served six years in jail for fraud, is well known for his ZAR nightclub in Cape Town — the one in Johannesburg closed recently. He is regularly seen in the club and gained notoriety for eating sushi there off scantily dressed models, earning him the title of South Africa’s Sushi King. His friends include members of President Jacob Zuma’s family and influential ANC politicians.

By contrast, McKenzie, who spent seven years in jail for two counts of armed robbery, is a professed family man and prefers the quiet life, although he drives a Porsche and gives motivational speeches. He became friends with Kunene in jail.

The communities involved in the mining application are not going to let the matter rest. They believe they were defrauded because the two men solicited their participation in the gold prospecting and mining application with promises of jobs and contracts, which failed to materialise.

Godfrey Makomene, the leader of one of the communities, said they were on the verge of raising the money to hire lawyers to take their case to court. They had heard nothing about official investigations.

“The police have never interviewed us,” he said. “We have not heard of any developments.

“We were offered a 10% stake in Central Rand Gold, which is recorded in its application for mining rights and the memorandum of understanding between us. We were promised jobs and contracts. But we got nothing.”

Company raises billions
Thirteen communities signed the memorandum of understanding with Central Rand Gold as part of its mining licence application, which was accompanied by a social labour plan. The company raised more than R1-billion after listing on the London and Johannesburg stock exchanges in 2007.

Makomene said that, because the communities were poor, their complaints were being ignored.

Among the key allegations Makomene made was that community members were encouraged to open companies to make procurements and gain tenders. What happened to these companies should be of interest to the police, he said.

Kunene was given the title of executive of communities by Central Rand Gold and was put in charge of procurement, Makomene said.

They were both reported to have earned huge salaries and were apparently given a R4-million bonus in 2009 for securing the mining rights quickly. The men have not worked for Central Rand Gold for the past 18 months.

Makomene said that since then 100 companies had been deregistered. He claimed they had been used for money laundering.

Locals haven’t seen of social labour plan
Mark Diggars, a community leader who lives across a freeway from the Central Rand Gold mine, said the local people had not even seen the social labour plan, although it was said that it had been signed by community members without their knowledge.

“We are still waiting for our 10% shareholding,” he said. “They are all just bluffing.”

Neither Kunene nor McKenzie could be reached for comment and they did not respond to emails.

But both responded at length to emailed questions from the M&G last year about how they had acquired their wealth after leaving prison.

McKenzie said he had access to “investor capital worth millions of dollars”.

“I am working towards my first billion. I will let you know when I get there.”

McKenzie said he had gone from consulting on security concerns at Central Rand Gold — “after all,” he said, “who better to spot security weaknesses than an ex-bank robber” — to advising the board on how to approach both the government and communities if they wanted to mine in Johannesburg.

Kunene said they had both become involved at Central Rand Gold as key executives. “The two of us played a strong role in the process of that mine applying for its mining rights.”

Gold company ‘going strong’
In late September last year, gold prospecting and mining company Central Rand Gold was forced to halt operations because of a decision by the minister of mineral resources, Susan Shabangu, to cancel its mining right.

According to the department, the company had violated two conditions relating to the mining work programme and its social labour plan.

This month, however, Central Rand Gold said the decision had been set aside by the court.

The company’s chief executive, Johan du Toit, said it ran a “transparent operation”, as a listed company was forced to do.

He said he was content with Central Rand Gold’s progress, because it had increased its production by 60% in 2011, despite the temporary cancellation of its mining right. The company mines under Johannesburg.

Du Toit said Central Rand Gold was in the process of employing 225 people and the situation for the company had stabilised.

“Last year was a real tough year for us.”

Du Toit said Kenny Kunene and Gayton McKenzie had done “a great job” for Central Rand Gold in coordinating its social labour plan and he was not aware of a police investigation.

Du Toit confirmed he had lent Kunene R1-million to start up his ZAR nightclubs. But, he said, the “Sushi King” had repaid the money. — Glynnis Underhill