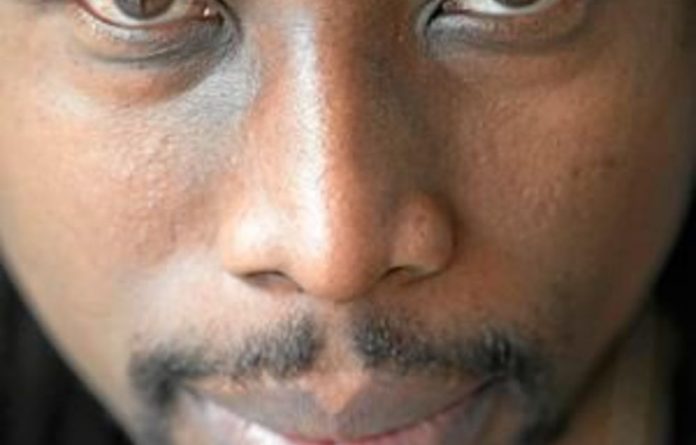 Matthew Krouse spoke to Fanney Tsimang, whose locally produced short gay feature film is based on a Nollywood concept.

What is e.tv’s involvement in the making of the movie?
E.tv commissioned the story. It was part of the 24-part series Ekasi: Our Stories, which plays every Monday at 9pm. We submitted two of our ­stories to them, which they then commissioned from us. The first one is The Secret (Imfihlo) and the second is Unconditional Love written by my partner, Nhlanhla Ndaba. They give the stories a kind of township name and then for the stories to be universal they give them an English title also.

Our movies were broadcast in season three, last November. Unconditional Love is about a guy who is fighting to bury his lover. Because of the family’s religious background, they refuse [to let] him bury his lover. It is a gay story as well. The boyfriend fights his way, because he wants to take part. The mother of the deceased is negative about it; she doesn’t want anything to do with her dead son’s boyfriend. But, in the end, she lands up accepting it and asking the guy for forgiveness.

How did the production aspect work?
E.tv issues the brief. We answered the brief and gave them the story — and they put out the stories to different production houses. They have their own television directors. But with The Secret I was lucky to be one of the directors at Puo Pha productions. They are low-budget films. The whole concept was to try to get into that Nollywood feel, but in a modern way, and to try to tell stories with a low-budget strategy. They don’t have funders and e.tv has to pop out the money for all 24 episodes. So they try to break down the budget into five production houses that can share and work on that minimum budget.

Over how many days are the movies shot?
Six days for each episode.

How did the Nollywood form influence The Secret?
They work like a factory on zero-budget films. But we wanted to bring that into our own content in a modified way so that you can look at the content and say ‘Wow, it looks great!” The actors are on point — the lighting, the camera work and the editing. We are like the glamorised part of Nollywood. We have seen what Nollywood did with its own stories and with their own culture. It’s good and we can relate to what they are doing. But the feeling was that we don’t relate to their stories, so why can’t there be a series where people can see themselves in the stories?

If you go to the township, we are talking about the car wash and the spaza stories. You don’t find them. Nollywood brought that inspiration to us — that we can still do stories about our own families. Black families are very loud. When we talk, we talk as if we fight and you don’t see that on television. Even on Generations, everything is very modern and classy. I can’t relate to it; it doesn’t speak to me.

But The Secret doesn’t reflect that positively on the gay community.
Yes, we took a risk to make a gay story. Even e.tv, I don’t think they were sure they wanted to do that. We tried to tell them that these things are happening in the township and if we don’t talk about it, who will talk about it? Who will tell the stories? It is part of a culture that we live with every day. We have the Soweto Pride march, we have the gay organisations and there are gays around, so e.tv has a platform and this is a part of ekasi [township] stories.

Yes, but you have not answered the question. The plot of The Secret does not reflect very positively on the gay community. The gay guy breaks up a marriage and drags the straight guy into a bad party zone.
We tried to create that environment, the DL [down low] lifestyle in the township. We tried to bring the hetero­sexual people into the story and the gay life into the story, a fusion of two worlds colliding. I didn’t see the gay guy as a home wrecker, just as a guy who wanted to show his friend the other side of life, to explore. Sometimes we are very cocooned in our own world, but when you go out there, sometimes you realise that ‘this is what I want to be; this is my life.”

As with last year, the Out In Africa (OIA) gay and lesbian film festival is spread over the year in three instalments. The first part runs from March 23 to April 1 in Cape Town (Nu Metro V&A Waterfront) and Johannesburg (Hyde Park), opening with Albert Nobbs, for which Glenn Close received her sixth Oscar nomination. (Subsequent editions of OIA 2012 take place at midyear and in October.) Guests of the fest are director Bavo Defurne (North Sea Texas) and actor-producers Dreya Weber (A Marine Story) and Josefine Tengblad (Kiss Me). For more information go to oia.co.za.