Estranged in a strange world 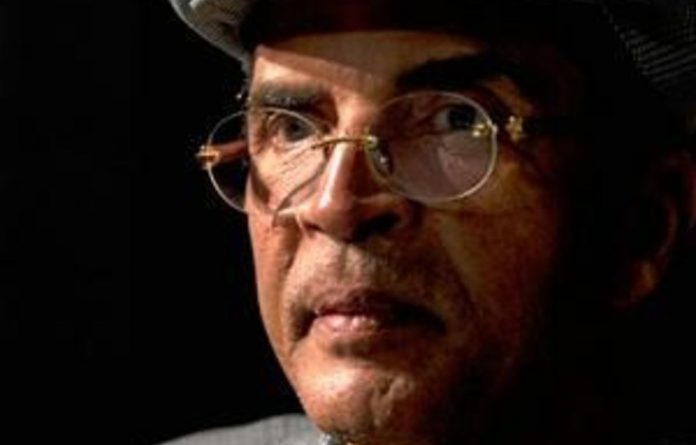 There is a roguish charm that only old writers can pull off. This is evident when Bahaa Taher moves into the Durban sidewalk café seat recently vacated by Tuareg writer Ibrahim al-Koni and requests a picture with the latter’s ­impeccably chic Russian-Arabic translator, Maria.

The Egyptian Taher, winner of the inaugural Arabic Booker — the international prize for Arabic fiction — in 2008 for his novel Sunset Oasis, co-opts Koni into a bout of ­flirting with Maria that, without their wit and wizened nonchalance, would cast the duo as dirty old codgers.

Instead, even this journalist is seduced.

But discussion with both Koni and Taher, who are at the Time of the Writer Festival in Durban, to investigate when the Arab Spring of last year will turn into summer, is far from frivolous.

Both are heavyweights of modern Arabic literature. Koni, whose work explores existential themes and courses with the sand of the Sahara of his childhood, has published more than 80 books, including novels, short stories and essays.

Many have been translated into more than 40 languages and the likes of The Bleeding of the Stone (1990), Gold Dust (2008) and Anubis: The Desert Novel (2005) are available in English.

Taher, part of the avant-garde experimental movement in Egyptian literature of the Sixties, contributed to Gallery 68 magazine and counts the likes of Naguib Mahfouz, the 1988 Nobel literature prize-winner, among his contemporaries.

Of his six novels, Taher’s Sunset Oasis, Aunt Safiyya and the ­Monastery (1991) and Love in Exile (1995) have been translated into English.

Treading carefully
Both are deeply concerned about recent political developments in the north of the continent.

Taher riles against the conservative Western notion that Egypt does not know, or does not want, ­democracy following the toppling of former president Hosni Mubarak last year.

“Historically, in the 19th and 20th centuries, we did have two successful democratic experiences that failed because of Western intervention,” he says.

He extrapolates on the 1882 army rebellion led by Arabi Pasha, “which wanted a parliament” and the socialist “reforms in a political and social sense” instigated by General Gamal Nasser, Egypt’s second president in the early 1950s, as ­evidence.

“In the first instance the rebellion was squashed by the British because we wanted democracy, in the second Nasser was undermined because the West said he didn’t have a democratic programme. This is hypocritical and contradictory,” says Taher, bemoaning the withdrawal of the state’s provision of services under Nasser’s successor, Anwar Sadat, and the influence of the United States in propping up Mubarak.

In his view, the “current coalition” of the military and resurgent Muslim Brotherhood that topped the polls in Egyptian elections in January are “Western constructs, much like Osama Bin Laden was. The West creates problems like Islamic fundamentalism to justify its [physical, ideological and economic] occupation of the Arab world.”

The 77-year-old Taher is well positioned to comment from both a ­historical and a contemporary ­perspective.

Sunset Oasis is about the experiences of an Egyptian officer deployed by the English to govern the Siwa Oasis on the Egypt-Libya border following the failed 1882 rebellion. It examines themes such as love, exile, alienation and occupation.

Fresh hope
For the author, who was “given hope again” when he joined the ­Tahrir Square protests last year, those events were as much “about toppling American occupation as it was about toppling Mubarak”.

He confides that he has been reading several of the young authors who have blossomed since the Arab Spring, saying that “these young ­revolutionaries are the avant-garde of this century”.

Koni’s literary preoccupation is existence, existentialism and “the shadows from which phenomena emerge”.

“We are aliens in our world because of our own world — We are estranged in a strange world,” he says.

Although Koni believes “global politics separates and alienates humans from our own selves”, he does believe that, by examining the ­internality of humans and their “shadows” through his work, one is allowed a greater understanding of self and the world.

These “shadows”, says Koni, are where he goes to understand how the nexus of business and government colluded to reach the “tragedy” of not accomplishing much at the COP17 environmental negotiations in ­Durban last year, or the current violence in Mali.

About the continuing violence between the Malian government and Tuareg rebels, he says: “This is not just a war, it is not just a single phenomenon. What people are fighting for — and they have been at war for centuries — is their culture and identity. It goes back to the core of their existence.”

Imposed divisions
He blames the arbitrary division of the Sahara into the countries of Mali, Algeria, Niger and Libya during the scramble for Africa and, more latterly, the various dictatorships that followed colonisation as reasons for the upheavals in Mali.

“The Tuaregs are also African, descended from the Berbers, and have been around for thousands of years, going back to the time of [fifth- century BCE historian] ­Herodotus. We have a civilisation, an alphabet, ­everything except recognition of our culture and identity,” he says.

Culture, identity and the Western gaze is also a pet hate of Taher, who bucks under the classification of Arab literature or literature ­classified according to geographic situation: “There is only good and bad writing,” he says.

But Taher does baulk at the West’s “search for the exoticism of One Thousand and One Nights”, suggesting that modern fiction from that part of the world is much more ­complex.

“Contemporary fiction from countries like Egypt has dealt with all aspects of life, from politics to gender problems in society, and its call for a fight for values like equality has been adapted by those young revolutionaries in Tahrir Square,” he says.

The Time of the Writer Festival is hosted by the University of KwaZulu-Natal’s Centre for Creative Arts and continues on March 23 and 24 at the Elizabeth Sneddon Theatre at 7.30pm