Going to Graceland 25 years on 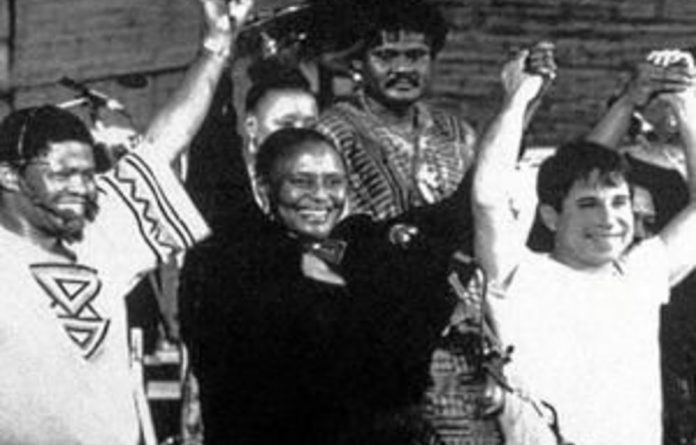 It was one of the most divisive shows in British pop history. On April 7 1987 Paul Simon brought his best-selling Graceland project to the Royal Albert Hall in London for the first of six sold-out concerts. On stage he was joined by the cream of South Africa’s musicians, including Hugh Masekela, Miriam Makeba and Ladysmith Black Mambazo.

Outside, however, leading British musicians joined the crowd to protest that Simon had broken the ANC’s cultural boycott of apartheid-era South Africa.

They included Billy Bragg, Paul Weller and Jerry Dammers, famous for writing one of the great anti-apartheid anthems, Free Nelson Mandela. They had delivered an angry letter to Simon, asking him to apologise.

Now, 25 years on, Simon is to revive his controversial show, returning to London to play Graceland in its entirety in Hyde Park on July 15.

Simon will be joined once again by Ladysmith Black Mambazo and other South African musicians, as well as a newcomer, Jamaican star Jimmy Cliff, who sang on the pro-cultural boycott song Sun City. The 25th anniversary will also bring new editions of the album and the British premiere of Joe Berlinger’s documentary, Paul Simon: Under African Skies.

But the concert — part of the Hard Rock Calling festival — and Berlinger’s well-judged film, will also revive the arguments about Graceland and apartheid.

Looking back on the demonstration, Bragg said: “It pained me to be part of that because I’m a Paul Simon fan, but he was on the wrong side
of the argument despite his good intentions.

“The cultural boycott was part of the economic boycott that brought South Africa to heel. Paul Simon set his own terms, but that had to be done by people on the ground over there.”

Dammers said: “I still believe he was wrong to go there and contravene the boycott, but that’s in the past. It’s the time not to forgive and forget, but to remember and forgive.”

Heart in the right place
In Berlinger’s film, Simon is seen discussing the issue with Dali Tambo, the founder of Artists against Apartheid and the son of former ANC president Oliver Tambo. Speaking from South Africa, Tambo said: “I hope there’s a graceful acceptance on [Simon’s] part that cultural exchange takes place between free people and the people of South Africa were not free at that time.

“I forgive him, though he was going against the policy of the United Nations and the ANC, inside and outside the country. In our discussions he explained his naivety at the time. I believe his heart was in the right place, even if his actions were not correct.”

And how did Tambo react to news of the Hyde Park concert? “I’d go, if I was in London. He’s written great songs and I’ve never objected to his music.”

The project that caused such a furious clash of music and politics started when Simon heard a bootleg tape of South African township music, Gumboots Accordion Jive Volume II, and bravely decided to incorporate such styles into his work.

Perhaps less wisely, he decided to go to South Africa in 1985 to record with local musicians and so found himself accused of breaking the UN cultural boycott against the apartheid regime.

Doing it for the artists
When asked about this at a press conference to launch the Graceland album in 1986, Simon pointed out he had not gone to South Africa to make money by performing at the Sun City complex, as had Rod Stewart and Queen, who later apologised, but to help to bring the country’s “rich music” to the rest of the world.

Pressed further, Simon agreed that he had not asked permission from the ANC “or Desmond Tutu, or the Pretoria government” and argued: “I’m with the musicians. I’m with the artists.”

As Graceland‘s success grew, the row rumbled on and became more confused.

Simon said he had been cleared by the ANC, only for Dali Tambo to counter that no such clearance had been given.

By early 1987, however, Simon had new and influential allies.

Masekela, in exile at the time and a hero for many in the ANC, praised him for helping to encourage black South African music.

Also involved were Ladysmith Black Mambazo, who appeared on Graceland, and members of Stimela. The Graceland effect had spread to other musicians on the tour even before it began and both Masekela and Ladysmith signed new recording contracts as a new audience discovered South African music.

Twenty-five years on, it seems Simon is determined to end the cultural boycott row. It will, at least, be possible to listen to Diamonds on the Soles of Her Shoes and You Can Call Me Al without worrying about an apartheid government in Pretoria laughing at the chaos it caused. —