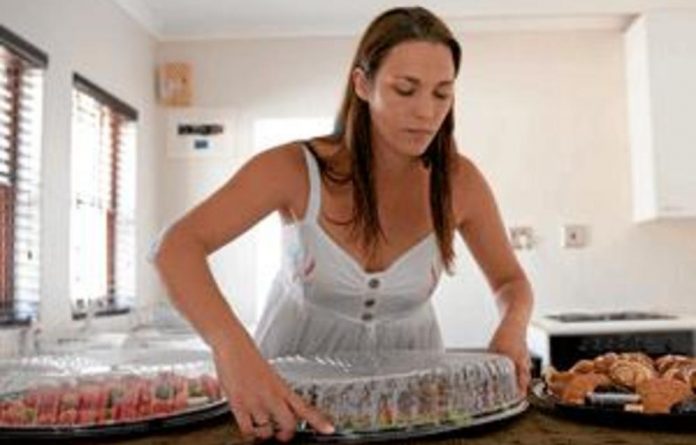 If there is one company that does not have to throw alms from the gilded corporate carriage to the unwashed masses of small businesses out there, it is Google. Its very existence is already a potent form of small-business support. Yet the internet juggernaut has recently stepped up its outreach to South African small businesses.

Woza Online, Google’s newly launched service that allows small businesses to build their own websites for free with the minimum of information technology expertise, seems like typical “soft” corporate social investment that looks good in the annual report but has little real effect on small-business development.

It is also nothing new. South Africa’s own Silicon Valley-based internet entrepreneur, Vinny Lingham, started an identical service about five years ago.

Called Yola, it had more than a million users worldwide when Lingham stepped down as chief executive at the beginning of March.

But a closer look at Woza Online reveals a snug fit with Google’s South African strategy to maintain and grow its dominance of the ­digital economy in the region against the distant threat of Facebook and Twitter.

A quick survey of small businesses that have signed up for Woza Online indicates some positive results.

But Google’s biggest challenge in South Africa at this stage is not Facebook or Twitter. Graham Lipschitz, business development manager of Clicks2Customers, a Cape Town-based agency that advises companies on internet advertising campaigns, says 95% of the agency’s business comprises buying search terms from Google, against 5% of advertising on Facebook.

Google’s internet advertising offering, which captures the attention of potential buyers at the very moment they are looking for the product, is hard to beat even for Facebook, whose demographic targeting remains a blunter instrument, albeit a compelling one, says Lipschitz. And Twitter is yet to work out how, or if, it will use advertising to make money.

For now, Google’s main adversary in South Africa is the Luddite who remains offline. Online search, Google’s raison d’être, is only meaningful if enough of the economy and society is searchable online. If no plumber from Polokwane has an internet presence, it does not make sense for residents to use Google to search for one. Google’s first priority is therefore to make its search more useful by getting more businesses, as well as clubs, institutions and individuals, online.

The better online search becomes, the stronger Google remains against competitors such as Facebook and the more Adwords Google can sell, says Arthur Goldstuck, technology and small and medium enterprises (SMEs) researcher from the Johannesburg-based consultancy World Wide Worx. Adwords are search terms, such as “plumber Polokwane”, that businesses buy at an online auction. The winning bidder gets a small text advertisement that appears on the screen of anyone typing that search term into their Google browser.

Preliminary results of research conducted by Goldstuck in collaboration with Google indicate that more than one-third of the “about 650 000 active small and medium enterprises in South Africa” remain offline, whereas 63% do have a website.

But the key outcome of the research, the final results of which will be presented with the outcome of Google’s Woza Online campaign in April, “shows very clearly that an SME with a website is substantially more likely to be profitable than one without. Where the difference is dramatic is when you look at SMEs that are highly profitable. Those with a website are dramatically more likely to be highly profitable than those without.”

“Twenty percent of respondents said ‘no’. And that is very dramatic — one out of five would not have been able to survive had they not had a website.”

The main advantage that a web presence confers on a small business is giving it access to markets it is not able to reach through traditional means. And it does so in a way that levels the playing field between big and small businesses, says Goldstuck, because a website can project an image of being a substantial business.

If a website is a business’s stall in the marketplace, Google is the advertising medium that pulls the customers to the stall. Advertising has never been so affordable for small businesses, says Gareth Leck of Joe Public, an advertising agency that started off servicing small businesses but has since moved on to big clients. He mentions the example of a guest house that spends R2 000 a year on Adwords, which brings in revenue of R200 000.

“It’s absolutely brilliant. I’d never be able to realise that return on investment through traditional media. R2 000 wouldn’t even buy you half a spot [of radio advertising].”

If the advantages are so compelling, why is it that 37% of South African businesses still do not have a website? Conservatively estimated, just more than eight million South Africans have internet access, says Luke Mckend, country manager for Google SA.

Although the number is growing fast, especially with cellphone internet access, internet literacy takes a while to develop in a user, says Goldstuck, and having a website is a relatively high-end function of the web.

For Lianne de Beer, owner of a six-year-old business called Party Platters in Edgemead, Cape Town, the main reason for delaying getting a website is cost. Before Woza Online, a professional-looking website would have set her back at least R10 000, out of reach for her home-based business, she says. She was not aware of free website-building services such as Yola, suggesting perhaps that Google’s marketing muscle could make a significant difference to how the South African small-business community views websites in the future.

De Beer says the response from website partyplatters.wozaonline.co.za has allowed her to scale up her business from the part-time service she kept going while raising her toddlers to a full-time pursuit now that her children are slightly older. Before the website she had about three orders a month; now it is three a week. She believes part of the success of her website has to do with her choice of name, which is close to the terms that people would use to search for her product.

At least one Woza Online website went viral. Jean-Paul Reid, an unemployed accounting graduate in Cape Town, heard about Woza Online on a local radio station and created naturalcompany.wozaonline.co.za that offers nude cleaning, handyman and even accounting services offered by a dozen similarly unemployed acquaintances. The idea is you hire a nude housecleaner, accountant, plumber or whatever. They pitch up at your house, take off their clothes, and start doing the job in the nude.

Exposure on local talk radio stations and in The Times pushed hits on his website into the hundreds of thousands, but earlier this week he was scrambling to get an alternative website up after his Google site shut down. Google staff whom he contacted could not tell him whether it was because of the high traffic volumes or because the site is regarded as too risqué for Google’s platforms.

On the other end of the spectrum is accountant Gari Mutongoreya, who has so far not had any response from his website, garikaimutongoreya.wozaonline.co.za.

Perhaps the nature of the service or his choice of name explains the lack of response, but Mutongoreya’s experience also suggests that most websites need active complementary marketing to work.

Rudi Rademeyer, owner of SA Floor Build, which had its first website built through Woza Online three months ago even though the business is more than a decade old, uses advertisements on free classified advertisement sites such as Gumtree and Junkmail to drive traffic to his site, safloorbuild.wozaonline.co.za. He believes the site, which he built himself in January, has been responsible for a 40% increase in business so far this year.

Rademeyer suggests that traditional business success has a lot to do with the inertia of moving businesses online. He says he simply never had the time to get around to having a website set up.

Mckend is tight-lipped about the number of businesses that have so far signed up for Woza Online, preferring to keep the outcome for the results presentation in April. But he says it is in the thousands and the response shows a “huge latent demand” for an online presence from businesses.

Goldstuck believes that the lack of available bandwidth and its high cost and inconsistent quality are at least partly to blame in keeping a big part of the South African economy out of the 21st century.

Rethinking partnerships: a key way to keep your business going through the pandemic

Your card keeps you safe during this time