Power of the picture: Thato Mogotsi 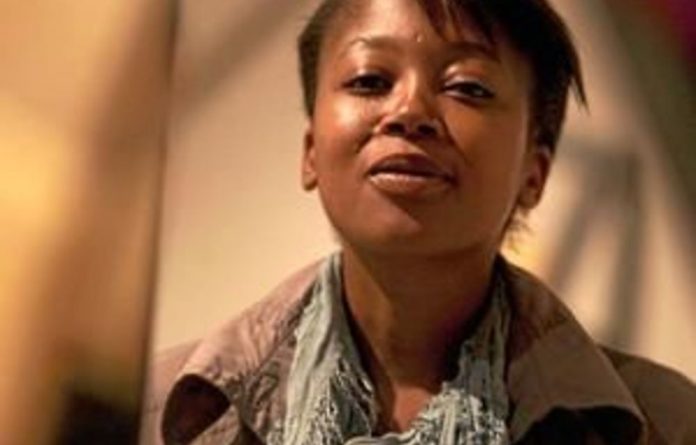 Thato Mogotsi is something of an autodidact, a member of that tribe of people who opt out of the safe and sane precincts of formal ­education then shoot like an arrow into the wild.

Mogotsi, who turned 28 on Human Rights Day (March 21), dropped out of a bachelor of arts degree in ­English and media studies at the University of the Witwatersrand. She then enrolled at the Market Photo Workshop for a photojournalism qualification. After graduating, she left to join The Times where she worked as an online picture researcher.

Finding the newsroom environment stuffy, she quit again to set herself up in the visual arts field as an independent project administrator and
co-ordinator.

‘The trajectory from newsroom picture researcher to curator was a natural one,” she says at a coffee shop in Braamfontein, just a block away from the Stevenson gallery, where she is now working as an ­assistant.

Learning from the best
On the eve of joining Stevenson, Mogotsi worked with photographer Kutlwano Moagi on a show titled Split Facades, held in January at the Goethe on Main gallery in downtown Johannesburg. Mogotsi says the show was her ‘first attempt at collaborating with a photographer in my capacity as a curator”.

She put to use some of the skills she learnt from older creative people such as veteran photographers Robin ­Comley and Greg Marinovich.

About the former, Mogotsi says: ‘I credit her with the early insight I gained into reading the photographic image.”

Curatorship is a world away from journalism. It includes administration functions such as writing ­proposals to funding institutions and creating artist statements and ­curatorial frameworks, as well as captioning images and sifting through the archive, something she must remember from her days as a photojournalist.

Perhaps because of the digital age in which we live, people have become desensitised to an image unless it is ‘hypersensational”.

Mogotsi says her collaboration with Moagi was her first foray into exploring ‘the different ways in which photographs can be positioned and read beyond a digital platform”.

She continues: ‘The traditional notion of the photograph as a document is one that carries less weight, given the rate at which the medium itself has developed technologically in the past decade.

‘In the societal context, making meaning in photography is receding just as rapidly, given the generic aesthetic that mobile phone camera applications are perpetuating. In this regard, my approach to Moagi’s body of work in Split Facades aimed to encourage a more nuanced idea of the photographic image as something that is worth dwelling upon, even in the age of Twitpics and ­Instagram.”

Expanding her views
Even though Mogotsi’s focus will remain on photography, she intends to expand her curating into performance art and painting.

Although Moagi’s work was critically acclaimed, the art-buying public has not exactly snapped up the art works with the haste the two collaborators thought it would.

Mogotsi wants to investigate who buys art and why it is bought. ‘What is the driving factor in selling art works?” she says.

She has not completely turned her back on a university qualification and intends furthering her education, this time in Europe.

‘I want to go to university and complete a masters degree.” She mentions Goldsmiths, University of London, as a possible destination. Afterwards she hopes to come back to open a project space along the lines of the Centre for Historical Re-enactments, an institution located in End Street in downtown Jo’burg, run by curator and teacher Gabi Ngcobo.