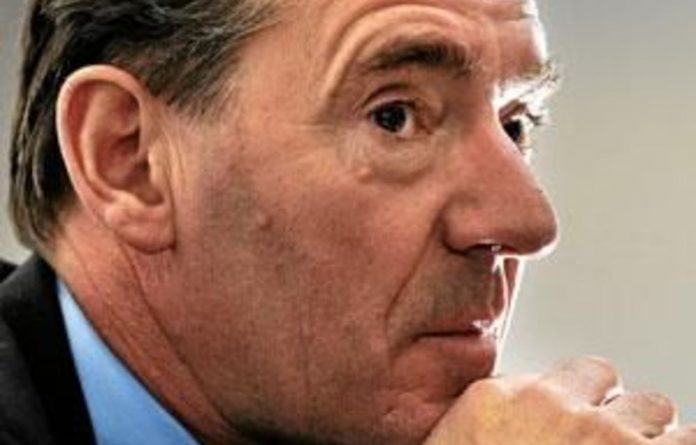 A year later and South Africa has still not convinced the world or the creator of Brics why it belongs in the exclusive emerging-giant grouping that includes Brazil, Russia, India and China.

In an interview with the Mail & Guardian in London this week, O’Neill was highly critical of South Africa’s position in this political bloc.

“South Africa has too small an economy. There are not many similarities with the other four countries in terms of the numbers. In fact, South Africa’s inclusion has somewhat weakened the group’s power.”

He is also bearish about South Africa’s growth prospects over the next five years. Gross domestic product (GDP) growth has been revised down from 3.2% to about 2.7% for this year, 3.6% in 2013 and 4.2% in 2014. Comparatively, the rest of Africa is expected to grow on average by about 7% over the short to medium term, according to the International Monetary Fund (IMF). China and India, on the other hand, are expected to power ahead with between 7% and 10% growth.

“South Africa has to stop feeling sorry for itself and be doers instead of talkers,” O’Neill said. “When your country first introduced inflation targeting about 15 years ago and I sat with some of the policymakers, I was big on South Africa. I’m not now. Over the past few years South Africa has lost its focus.”

Factionalism in the ruling party and government ministries was also dragging down the country’s ability to fix its problems, O’Neill said.

“The country can’t spend the whole time saying ‘the world owes us’. There’s a sense of entitlement and there’s too much focus on the history of the country. Now, factionalism within the ANC and government is destabilising for growth and undermining Brics.”

Flawed argument
If the argument is that South Africa’s inclusion in Brics is because of its influence on the rest of the continent, it is a flawed one.

“South Africa is already losing out on investment to other rising economic stars on the continent. Countries such as Nigeria carry more power now,” he said. “Just look at what is happening in the African Union. South Africa can’t claim any more, apart from its sound fiscal and financial systems, to be the superpower on the continent.”

Although South African authorities and Brics converts will disagree and vigorously defend South Africa’s position in the grouping, the statistics substantiate the investment banker’s argument.

Two of the Brics nations are now among the six largest economies in the world. Last year China usurped Japan to become the second-largest economy in the world — five years earlier than O’Neill had predicted. The Chinese economy now stands at about $5.9-trillion.

Similarly, three weeks ago Brazil overtook the United Kingdom as the sixth-largest economy — about 10 years faster than projected. The IMF’s figures put Brazil’s economy at about $2.52-trillion and the UK’s at $2.48-trillion.

India and Russia are just outside the top 10, but O’Neill believes they will probably climb the ladder soon. “As we creep through the decade, their share of the global GDP is set to rise,” he said.

Over the past decade the combined value of the Bric countries, excluding South Africa, grew by about $8­-trillion, taking their aggregate GDP to about $11-trillion. The four countries are now more than three-quarters the size of the United States in current dollar terms. O’Neill believes that they could collectively become bigger than the US by 2018. His forecast is that they could eclipse the combined economies of the G7 richest countries by 2050.

Why SA does not cut it
South Africa, on the other hand, is nowhere close to being among the top 20 biggest economies. With a population of just more than 50-million and GDP of $364-billion, it is just too small to be on Goldman Sachs’s radar of growth markets. “In fact, South Africa is a drag on the dynamics of the Bric grouping,” O’Neill said.

If any country deserved to be in the Brics group, he reckons it should be South Korea, Indonesia, Mexico or Turkey. Of the next 11 most populated emerging economies, these four countries already account for more than 1% of global GDP.

According to O’Neill, at the end of 2011 these four countries, combined with Brazil, Russia, India and China, accounted for about 23% of global GDP. “This is nearly twice the total amount of all other so-called emerging economies, whose share is about 12%. In the decade ahead, it is likely that the combined dollar value of nominal GDP growth in these eight growth markets will rise by close to $16-trillion.”

It is more than double that of the US and the eurozone combined. “This is why South Africa shouldn’t belong in this grouping. It just doesn’t make sense, because it doesn’t have any economic clout other than being an access point for the Bric countries,” said O’Neill.

He believes South Africa is part of Brics because it suits the Chinese agenda. He might be on to something. President Jacob Zuma admitted last year that, in addition to intense lobbying from the government, the Chinese and Indians had invited South Africa to become part of this bloc.

Political talkshop
“The Chinese, for example, are highly focused on the continent and South Africa is an easy way into the rest of Africa for them,” said O’Neill.

In fact, he does not regard the four Bric countries as emerging giants any more, but rather as growth markets because of the size of their economies.

Brics is not a formal economic or trading bloc like the European Union. It is more a political talkshop or club that is trying to build greater clout on the global negotiating stage.

“South Africa’s case for legitimacy in this grouping is predicated on its geographic location and advantage on the continent. But, in fact, it has slightly diminished what was a strong political club with the four original countries,” he said.

“It is not even a member of the N11 [the ‘Next 11’ emerging economies identified by Goldman Sachs as having promising outlooks].” This grouping includes Nigeria, which O’Neill believes is the country with the right scale and population size to represent Africa.

Investors still wary of Africa
That said, Nigeria has its own set of problems, such as the recent violent uprisings sparked by a cut in the fuel subsidy. Youth unemployment, political instability, inadequate education and corruption are part of the growing list of concerns.

Although Africa is a hot topic now, O’Neill is not yet convinced that investors — or Goldman Sachs funds, for that matter — should shower the continent with big money just yet. There is no liquidity in the African markets, for one, and investors cannot look at Africa as a single zone until the countries start trading among themselves.

“There is plenty of capital waiting to flow in, but investors are scared and nervous because they associate Africa with disappointment. They are intrigued but scared,” he said.

“They want to see political stability, leadership, governance and investment in education. I think it’s coming but is still some way off. In Nigeria, for example, there are suggestions that the country might not stay as one, that it could be split into the north and south like Sudan was.”

O’Neill has some personal investments in Africa (property in Ghana, for example), but said he would not expose Goldman Sachs clients — even though former employee Greg Smith claims the investment bank thinks clients are “muppets”.

The African consumer
“The story of the African consumer is very big. The rising wealth is very impressive. We manage $800-billion and can raise a lot of money very quickly to pump into Africa, but as a firm we have a fiduciary duty to our clients and have to be careful not to expose them to potentially dangerous situations in Africa.”

When O’Neill started at Goldman Sachs about 10 years ago, he wanted to start an African fund. “I have a positive inclination towards Africa. But to have an African fund we need general economic progress independent of the commodities booms and Chinese development. Commodities can be a mixed curse — some call it the Dutch disease. The time to invest was three years ago. But there’s still time and we’re always thinking about it.”

But first, he said, policymakers need to concentrate on four things if they want capital to pour in: stability of government, weeding out corruption, the rule of law and education. “That applies to South Africa too.”