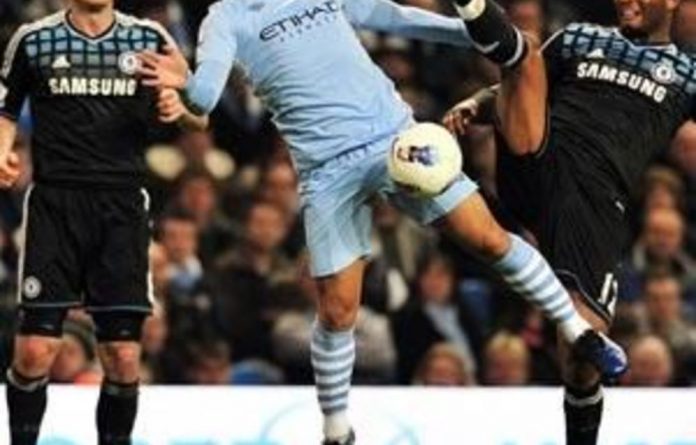 It is dangerous to make even a reasonable assumption about what goes on inside the head of Carlos Tevez, but the Argentinian forward may have been pleasantly surprised by the reception he received from Manchester City’s fans on Wednesday night. Stepping out of the team coach in front of the main entrance to the Etihad Stadium, he was given a bigger cheer than any of his team-mates and responded with a grin and a genial thumbs-up.

There were a few discreet boos amid the ripple of applause inside the stadium when his face appeared on the big screens. This was the announcement of his inclusion among the substitutes for the first time since that stormy September night in Munich when he committed what some of us saw as a crime against football by refusing Roberto Mancini’s instruction to warm up in preparation for an appearance during the second half, with his team-mates two goals down and desperately in need of assistance.

Many observers remain scandalised by his behaviour on that occasion, a piece of behaviour seemingly consistent with his attitude to loyalty yet strangely at odds with the absolutely wholehearted commitment he has shown when involved in the actual business of trying to win or to save a match.

The reaction in recent days to his possible return has offered a clear view of the changed relationships within modern football. In the old days, a common cause was shared by the various constituent elements of a club: its directors, its players and its supporters. Since the arrival of the billionaire super-owners, there is a division of interests between a club as embodied by its supporters and its history on the one hand and its owners and its coaching and playing staff on the other. What they have in common is a desire for success, but their underlying aims are different and they may have different views on how that success should be achieved.

Given the way they have gone flat in recent weeks, losing momentum along with the leadership of the Premier League at exactly the time when they should have been re-emphasising the seriousness of their challenge, the cost of Tevez’s absence has become starkly apparent. The clarity and incisiveness of their play disappeared soon after Christmas, along with the points that provided a cushion over Manchester United.

Their current state was all too apparent in Wednesday night’s first half. David Silva took one decent corner from the right, then followed it with three more that were uniformly hopeless, drawing noises of exasperation from the home supporters.

What felt like the most significant moment of the half came when Frank Lampard, a few yards inside his own half, mystifyingly sent a square pass straight to the feet of Mario Balotelli, who found himself with a clear run at Petr Cech, only to send his shot dribbling wide of the left-hand post. At that very moment Tevez and two team-mates were starting their warm-up on the touchline, to another burst of applause that seemed to express the fans’ desire to see someone in a blue shirt capable of showing decisiveness and directness.

If it was no surprise to see Mancini withdraw the ineffectual Balotelli at half-time, the identity of his replacement produced a sense of anticlimax. While Tevez remained on the bench, Gareth Barry came on to anchor the midfield alongside De Jong.

He was jogging up and down the touchline when Chelsea took the lead, and was immediately summoned to get ready for action. And in the 66th minute, when Nasri let a pass run under his foot and into touch, there he was, on the pitch again, once more an active participant in the great soap opera of the Premier League.

Looking perhaps a touch tubbier after his long holiday, he played a role in City’s 77th-minute equaliser when he lost possession to José Bosingwa and then regained it before slipping a pass through to Edin Dzeko, whose shot was deflected behind for the corner that led to the handball that led to Aguero’s penalty. Eight minutes later his smuggled return pass to Nasri permitted the Frenchman to give City the lead.

Had Tevez made the difference? You bet he had. It would not be the first time. Nor, you may imagine, the last. —