The night is always young 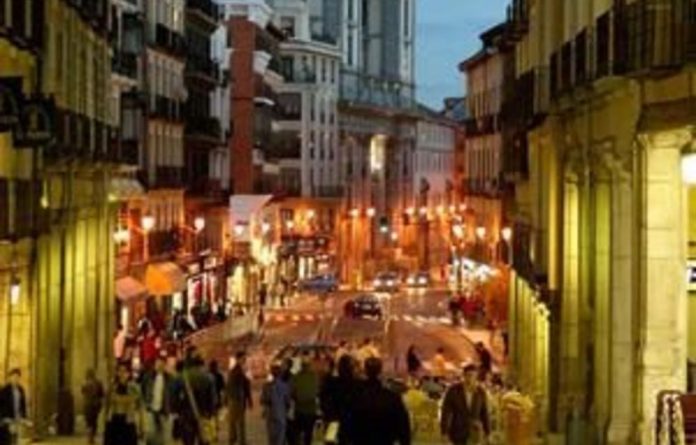 In Pedro Almodovar’s film The Flower of My Secret, Marisa Paredes’s estranged husband rings her from Brussels, asking if it is not too late to call. She replies a little wistfully: “In Madrid it’s never late.” This might serve as a tourist board slogan for a city whose fondness for nocturnal living has few rivals.

Spain as a whole is, of course, highly attuned to late-night life. Playwright Federico Garcia Lorca once said that the moment just before dawn was when a gentleman should retire to bed — and major cities such as Barcelona, Seville and Valencia can all lay convincing claim to the title of nightlife capital of Spain.

But it is Madrid that has cultivated most assiduously the image of a city where life is lived more intensely after dark. Visitors are often astonished to see, in the early hours of a summer morning, children and their parents are out and about in the parks, traffic jams along the Paseo de la Castellana and queues at stalls selling crisp fried churros and cups of hot chocolate as thick as custard.

Spend any length of time in Madrid and one is struck by the city’s unique and occasionally unfathomable biorhythms. Lunch is often at 3pm or later, dinner never earlier than 10pm and no one in their right mind would think of going out ­dancing before two or three in the morning.

When I came to Madrid from London in the late 1980s, I would be dressed up in my glad rags well before midnight and spend the next few hours rapping my fingers or, worse, getting so tanked up in the pre-club bars that when the disco hour came round I was practically ready for bed.

Coping with the Madrileno nightlife requires careful pacing and, if at all possible, a long afternoon snooze — the siesta is one of Spain’s greatest gifts to the world, along with jamón ibérico and ­Penelope Cruz.

Night circus
Madrid’s obsession with la noche is partly conditioned by the climate: the plain fact is that, in the summer months, only after sundown is it actually pleasant to venture out into the street.

Nightlife here is, then, less about raving than routine, about having to do at night those things that you might otherwise do during the day. It covers all ages and activities, from watching your grandchildren play on the swings, drifting round an art gallery (late-night openings at the Prado and Thyssen were a huge hit last year) or grazing on tapas in some old-town square to dancing your tits off at Ibiza-style megaclubs such as Fabrik (grupo-kapital.com/fabrik) and Space of Sound (spaceofsound.com).

The nature and rhythm of Madrid nightlife varies according to which barrio you wander into.

Chueca, the once derelict neighbourhood north of the Gran Via, has made itself over into one of Europe’s most vibrant gay quarters, with the result that many of Madrid’s notorious dens of iniquity — leather clubs and the like — sit cheek by jowl with straight-friendly cafés, dance clubs and bares de copas (drinking bars) in a rainbow-coloured simulacrum of San Francisco’s Castro district.

Madrid’s strong point, apart from its incombustible energy, lies in its diversity. Barrio de Salamanca is good for sleek, chic nightspots such as 4 Bajo Cero and the Starck-designed Ramses (ramseslife.com), where the patrons are well-groomed pijos (posh types). Multiracial, lefty Lavapies, on the other hand, scores for the cheerfully grungy feel of its boozy bars and booze-free teterias (tea shops). A long-term Lavapies favourite of mine is the hilariously down-at-heel dive bar La Lupe.

Malasana, meanwhile, acts as a magnet for indie rockers and narrow-trousered young trendies — check out Calle del Espiritu Santo, a funky street of shops and cafés that takes on an edgier feel after midnight.

Al fresco foraging
Success in la noche madrilena means getting to grips with certain concepts. Number one: la terraza. In a restaurant context terraza means an outdoor space with tables for ­eating, drinking and (crucially) smoking. On a hot summer night, such spaces are sought-after — since the smoking ban they are often the only place you can light up a cigarillo with your cerveza (beer).

In the 1980s, the open-air bars of Paseo de la Castellana were where the city’s movers and groovers spent summer nights. Street-level terrazas have lost their edge in the intervening years — though Diego Cabrera’s gorgeous open-air cocktail lounge in the gardens of the Casa de America, which was all the rage last summer, is an exception.

But the terrazas to head for now are of the rooftop variety. The fashion was kick-started by the Penthouse at the ME Madrid hotel (solmelia.com) and the top-floor terraza at Hotel Urban (derbyhotels.com), where there are great views and anaesthesia-inducing cocktails.

The rooftop bar at the Room Mate Oscar hotel (room-matehotels.com) ticks all the boxes with DJ beats, nice-looking punters and a pool. The new Mercado de San Anton, which hopes to do for Chueca what the Mercado de San Miguel has done for the Plaza Mayor area, boasts a gorgeous corner terraza, La Cocina de San Anton (lacocinadesananton.com) with tantalising views of old-town rooftops and people’s sitting rooms.

Nightlife trends are explored and exploited to the max in Spain. Madrid’s fascination with cocktail culture goes back several decades. Classic bars such as Chicote (museo-chicote.com) are still among Europe’s temples of mixology. Latterly, however, the cocktail scene has taken off in new directions — names to conjure with being Javier de las Muelas’s Dry Cosmopolitan at the Gran Melia Fenix (solmelia.com), the Bar Cock (barcock.com), Belmondo (belmondococktails.com) and the gin bar at Mercado de la Reina (mercadodelareina.es).

These days, Manhattans and martinis are as common as Madrid’s traditional vermu (vermouth), cana (draught beer) and big glasses of red wine, and cocktails with tapas at gastro-coctelerias such as Seven & Six (gastrobar76.com) are now the height of modishness.

Anyone ordering a gin and tonic should be prepared not just for Spain’s legendary generosity when it comes to pouring the liquor but also for the barrage of questions that precedes it. Which gin would you prefer? Any decent Madrid bar will have all the newest designer brands. Which tonic? Ditto. And which kind of glass? Local preference is for a balloon the size of a goldfish bowl.

Dancing in the dark
La noche madrilena would be nothing without la musica. The live music scene was hit by a wave of municipal clampdowns and closures, but it has picked itself up and dusted itself down and now jazz, blues, folk, world music and flamenco all have their place at venues such as Clamores (salaclamores.com) and Sala Caracol (salacaracol.com). El Sol and Joy Eslava (joy-eslava.com) are veterans of the city centre, the latter in an old theatre, but La Riviera (salariviera.com), with its famous palm tree, is simply the doyen of Spain’s live pop venues (Primal Scream, to give just one example, chose to unveil their rebooted Screamadelica there.)

When I first moved to Spain, at the height of acid house in the United Kingdom, I was amazed by how full-on the Madrid club scene was — and it still is. The capital’s what’s on guide lists no fewer than 249 discotecas — not bad for a city half the size of London. The big-night-out clubs such as Goa, Pacha, Macumba and Fabrik are always there if you should need them, but veteran watchers of la noche tell me the best fun to be had right now is at small and sweaty club nights where Madrid is finally creeping up on Berlin and London as a happening club-cultural hub.

It has to be said, though, that the nightlife most madrilenos prefer is more sedate: walks in the Retiro park, or along the newly spruced-up Manzanares river. Tapas and beers followed by a foreign movie in the early hours at the Cine Ideal is another option, or chocolate con churros at the Chocolateria San Gines.

In summer, I like a late-night concert in some atmospheric urban setting. Daniel Barenboim and his Palestinian-Israeli orchestra playing muscular Beethoven in Plaza Mayor and a flamenco group in the Sabatini Gardens left impressions of moonlit cityscapes, ice-cold beers and audiences furiously fanning themselves until a cool breeze finally swept away the burning remains of the day.

Madrid caters well to its own need to live nocturnally. The highly efficient Metro, easy to use as well as a bargain, closes at about 2am. White taxis are cheap and plentiful. If all else fails, central Madrid is compact enough to make walking home less of an ordeal than a pleasure.

And one thing is for sure: no matter how late the hour, you will never walk alone.­ —