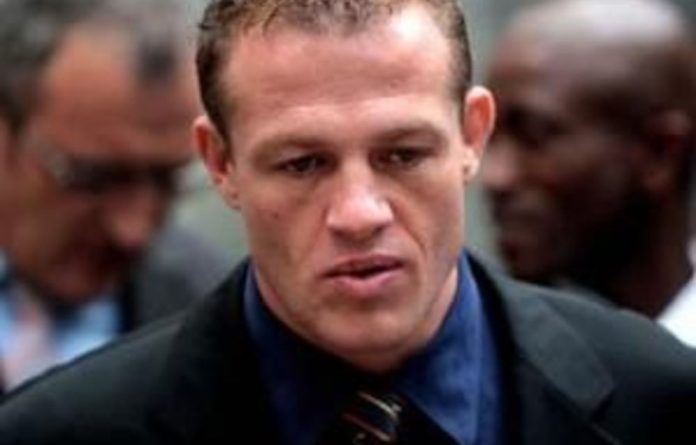 Various police and security sources, who spoke to the newspaper on condition of anonymity, confirmed that Schultz was being investigated for crimes that took place last year.

These include the extortion of Sandton residents, alleged attacks and intimidation of male patrons at entertainment venues in Bedfordview and allegedly pointing a gun at one of Czech fugitive Radovan Krejcir’s employees at a nightclub in Boksburg.

Police spokesperson, lieutenant-colonel Tshisikhawe Ndou, told the newspaper that the former Hell’s Angel and Elite security services kingpin was being investigated by the Hawks after he was arrested for assaulting Ashraf Cajee at Taboo nightclub in Sandton last year.

He said Schultz had been released on a warning in the case, and has appeared in court several times.

Misdemeanor or mean mister
Schultz’s trial is scheduled to start in the Randburg Magistrate’s Court on Wednesday.

Hawks spokesperson McIntosh Polela confirmed that different charges of assault against Schultz were being investigated.

Schultz confessed to shooting and killing Kebble in September 2005. He and his two accomplices, Nigel McGurk and Fiazel Smith were given immunity from prosecution in exchange for testifying against drug trafficker Glenn Agliotti, the man who allegedly masterminded Kebble’s murder.

Gunslinger
Earlier this month the Saturday Star reported Mikey Schultz and Nigel McGurk were issued with five and four gun licences respectively last year, despite confessing to the murder of Kebble.

Schultz received his in September and McGurk in December

Police spokesperson Captain Dennis Adriao however confirmed in mid-March that Schultz had voluntarily surrendered his weapons at the Sandton police station “pending the outcome of an investigation” in to how he was re-issued new gun licences. — Sapa