Waratahs storm back to overcome Sharks 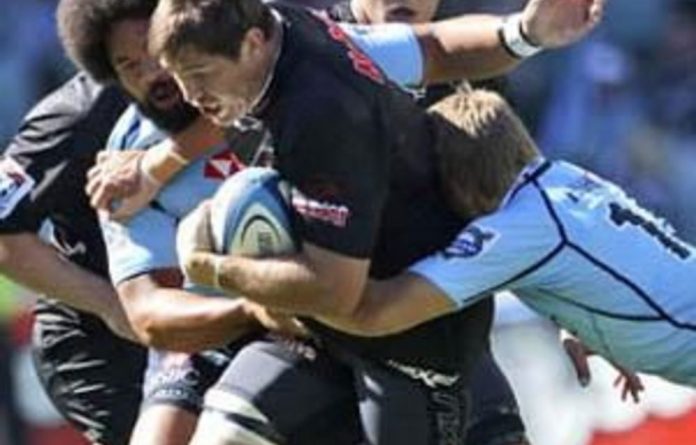 New South Wales Waratahs put their season firmly back on track by coming from behind to beat a tiring Sharks side 34-30 in an entertaining Super Rugby encounter at the Sydney Football Stadium on Saturday.

Coming off two successive defeats, the Waratahs trailed the South Africans 24-13 early in the second half with their season threatening to implode before it had really begun.

Tries from fullback Bernard Foley and pugnacious centre Tom Carter in five minutes approaching the hour mark got them back in the contest, however, and winger Tom Kingston crossed the line four minutes from time to clinch the bonus-point win.

The Sharks had the better of the first half and scored tries through winger Lwazi Mvovo, number eight Keegan Daniel and hooker Bismarck du Plessis but faded in the Sydney sunshine as the long journey from South Africa began to take its toll.

“I’m over the moon,” Waratahs skipper Benn Robinson said in a pitchside interview. “This team delivers under pressure all the time. It’s been hard for us the last three or four weeks but we’ve stuck together and stayed strong.”

Nott to be denied
Both teams tried to run the ball from all parts of the pitch but it was the visitors who got the first try in the third minute when Mvovo was set free to sprint to the line by impressive centre Meyer Bosman.

Waratahs scrumhalf Brendan McKibbin scored all of his team’s points in the first half with the first try, which he converted, as well as two penalties.

The Sharks used the rolling maul effectively throughout the match and it was from catch and drives that skipper Daniel and Bismarck du Plessis crossed for tries either side of the break to give them an 11 point lead.

Even after Foley and Carter had scored their tries to put the home side 27-24 ahead, Sharks flyhalf Pat Lambie pegged them back with two penalties.

But the Waratahs would not be denied and a rampaging run from lock Dean Mumm got them into Shark territory and unrelenting pressure left space for Kingston to skip over in the corner with Berrick Barnes adding the extras from the touchline.

“We thought we had the game in the bag the way we were playing but all credit to them, they came back and won it,” said Daniel. — Reuters