Fiji too strong for Kiwis at Hong Kong Sevens 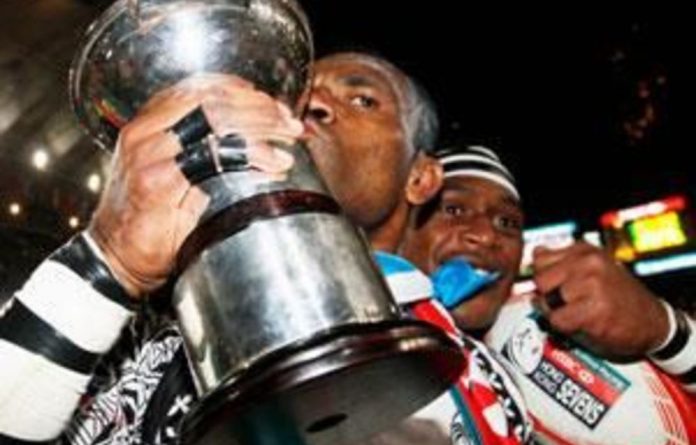 Fiji won the Hong Kong Sevens on Sunday in a tight match against New Zealand 35-28 that takes them just two points off top spot in the overall standings for the HSBC World Series title.

“I’m very happy, especially for the boys, for the way they won the game,” Fiji’s coach Alifereti Dere said after the match.

“Everyone in Fiji will be in a happy mood, especially after the last months and the floods,” he said, referring to the deluge that lashed the Pacific nation in January and killed at least six people and displaced about 3 500.

“This win will encourage the people back home.”

Fiji got off to a blistering start in the final, going 14-0 ahead, but New Zealand’s Mark Jackman kept his team in the contest with two tries to go into the break equal 14-14.

In the second half Fiji quickly scored their third try of the night and the Kiwis struggled to respond to their opponent’s precise passing and pace, until a breakaway try from Bryce Heem gave Gordon Tietjens’ men some hope.

It was dashed when Fiji scored again in the last minute of the match, and as the final whistle went the players fell to their knees to celebrate what was their record 13th title victory in Hong Kong, including two World Cup wins.

The result puts Fiji on 109 points in the overall standings, just two behind New Zealand with three legs left to play — the next coming at the end of this month in Tokyo.

“No team in the world would beat a Fiji like that,” said Kiwis coach Tietjens. “Great final, they were explosive. I’ve never seen Fiji like that.”

The Fijians looked in top form from the start of the three-day event in Hong Kong, breezing through their group matches, making light work of Argentina 26-7 in the quarters and edging out England 14-7 in the semis.

England had been buoyed by a wonder try from winger Dan Norton in their quarter final win against Australia, but that proved the high point of the competition for Ben Ryan’s men.

New Zealand had also marched their way to the final with a trio of strong group performances and then whipping Wales 31-7 in the quarters and powering out a plucky South Africa 19-12 in a keenly contested semifinal.

In the day’s other action, South Africa secured third place with a 28-0 win over England, while Samoa won the Plate against Argentina and Kenya beat the USA to take the Bowl.

Canada, Spain and Portugal won the qualifiers to join the expanded World Series next year. — Sapa-AFP