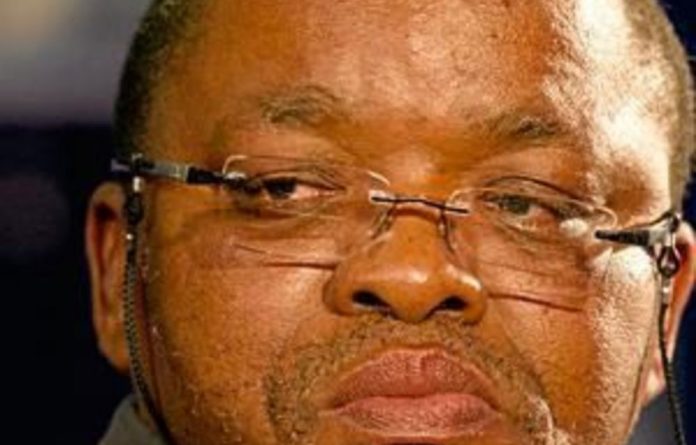 ANC secretary-general Gwede Mantashe on Sunday played down weekend reports that the investigation into the ANC Limpopo provincial conference has caused a rift in the ruling party, describing the decision as ‘old.”

‘The decision is not a political one. We are only listening to the concerns of our members. Any attempt to portray the move otherwise is mischievous,” Mantashe told journalists in Johannesburg following the ANC’s National Executive Committee (NEC) meeting this weekend.

Mantashe’s comments follow an article in the Sunday Independent claiming the decision to probe the outcome of the ANC Limpopo provincial conference has split the ANC NEC.

‘This was decided upon at the last NEC meeting. Honestly, I was surprised to see it on the front page of the newspapers — but I know how journalists sometimes struggle for stories,” Mantashe added.

Both Mathale and Malema are understood to have fallen out of favour with the current ANC leadership and are campaigning to oust ANC president Jacob Zuma at the ruling party’s elective conference in Mangaung this December.

Shortly before the election, several departments in Mathale’s provincial administration were put under central government control after allegations of financial mismanagement and corruption surfaced in January.

The move was interpreted as a veiled attempt to clip Mathale’s wings in the province, with ANC members in the region claiming Zuma orchestrated the move.

Additionally, Malema was expelled from the ANC in February in the latest stage of disciplinary procedures against him which began in August 2011.

Although Mantashe said an NEC sanctioned group will look into the Limpopo conference ‘for the people”, he would not elaborate on the team’s constituents or the scope of the investigation.