Basson: I did it for the benefit of mankind 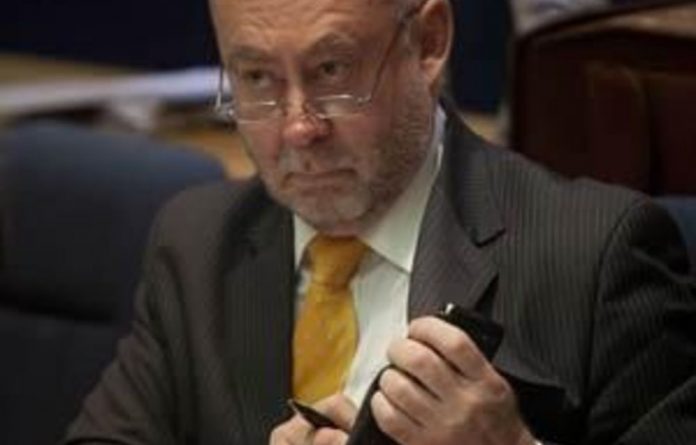 Wouter Basson, the infamous Doctor Death, has told the professional conduct committee of the Health Professionals Council of South Africa (HPCSA) that he was acting “for the benefit of mankind and to limit loss of life” when he led the development of chemical weapons during the apartheid era.

“If I had to reconstruct what I felt and thought [30 years ago], it was that I could make a difference; that I could stop the meaningless violence by limiting the crowds that were involved in it,” he said.

Basson said he provided teargas to police forces as an alternative to whips, rubber bullets and sharp point ammunition used at the time to disperse crowds of protesters.

His legal team displayed video footage of mob violence and necklacings from the apartheid era as an example of the context in which he operated.

Basson, who practices as a cardiologist, headed the apartheid government’s chemical and biological warfare programme during the 80s and 90s. He did not apply for amnesty during the Truth and Reconciliation Commission.

He has been charged by the HPCSA with unprofessional and unethical conduct during the apartheid era. In January, the council dropped two misconduct charges and part of a third but ruled that Basson still had to answer to four remaining charges. If Basson is found guilty, he will lose his license to practice medicine.

These include the fact that he coordinated the production of drugs and teargases on a major scale; that he was involved in weaponising mortars, which were later provided to Unita founder and leader Jonas Savimbi, with teargas; that he provided disorienting substances for over the border kidnappings; and that he made cyanide capsules available for suicide usage.

Doctor Death or Project Manager?
Wearing a dark suit and red tie, Basson seemed comfortable sitting in a high-backed chair in the chambers of the HPCSA headquarters in Pretoria. He twirled his spectacles as he spoke, used expansive gestures and remained composed throughout.

He explained his educational background and his involvement with Delta G, a covert chemical warfare research facility for the South African Defence Force, to the committee.

Basson said that during the 1980s it became clear that chemical weapons were being used in the border wars with Angola, which was at the time being supported by Cuba, East Germany and Russia and it was at this time that the apartheid government and the army decided that a defensive solution was required to keep South African soldiers safe.

In answer to the first charge, Basson maintained that he was just a small part of the coordinating and controlling team behind Delta G and that his involvement with the group was as a project manager.

“It was my job to manage Delta G functionally, providing guidelines to the scientists,” he said.

He said that because he had only “basic chemical knowledge”, he was not involved in the lab work, which was left to those with better chemical knowledge — post doctoral students who specialised in chemistry. “They could do the work, I couldn’t,” he told the committee.

He added that because of security concerns, he visited the facility only rarely and did so in secret.

Acting under orders
Basson maintains that the guidelines provided to the scientists came from the surgeon general at the time, who set “definite guidelines” which mandated that the chemical agents being developed could do no permanent or temporary damage but would only cause “functional disturbances so the cohesion of the crowd could be broken”.

Basson told the committee: “As a medical professional and an ethical person I was happy with the fact that I was sure that I was saving lives and in that way that I would not damage any individual.”

A different time
Basson told the committee that when he developed chemical and biological weapons for the state, he was acting within the ambit of medical ethics at the time. He pointed out that although there was now literature available on the subject, in the 80s very little had been written on medical ethics concerning the development of chemical weapons. “The era and time are completely different from now,” he said.

In answer to the other charges Basson said that:

High court trial may haunt Basson
Over the next few days, Basson is expected to give further evidence and to be cross-examined by lawyers for the prosecution.

Early on Monday morning the defence asked the committee to rule on whether or not the fully body of testimony that Basson gave during his legal trial could be used in this hearing.

The record from Basson’s criminal trial runs to well over 6 000 pages and the defence is seeking to restrict the prosecution to referring only to those parts of the record that have already been annexed to the charge sheet.

Advocate Jaap Cilliers said it would be prejudicial to Basson if the prosecution was allowed to draw on parts of the record not annexed to the charge sheet when it cross-examined him, as the defence had been denied the opportunity to do this in his defence earlier in the hearing.

HPCSA chairperson Jannie Hugo said it would rule on the matter only if the prosecution attempted to include evidence from Basson’s legal trial in the coming days.

Next week will mark 10 years since Basson was acquitted of charges ranging from murder to drug dealing in what was then the Pretoria High Court.

The hearing continues on Tuesday.