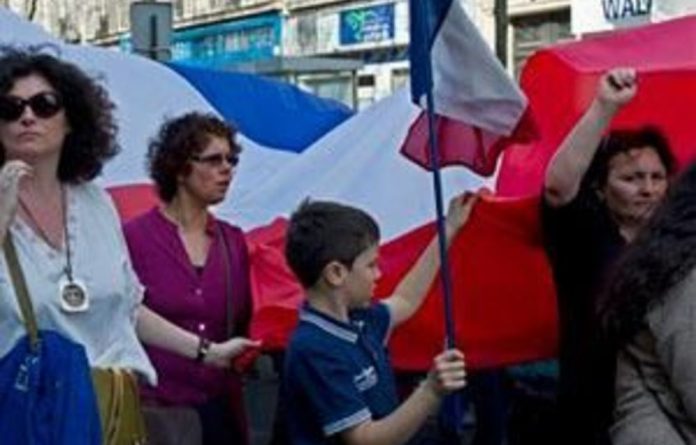 The brother of Toulouse gunman Mohamed Merah has been placed under investigation on suspicion of being an accomplice to the nine-day killing spree that left seven people dead, including three children.

Abdelkader Merah (29) who had been transferred to the headquarters of France’s internal intelligence agency in Paris, appeared before a judge on Sunday morning where he was ordered to be held for questioning.

He will remain in custody while he is investigated for “complicity in assassinations”, “association with criminals with a view to preparing acts of terrorism” and theft.

Abdelkader Merah has denied the accusations but has admitted to being present when his younger brother stole the scooter used in the shootings. He reportedly told police he was “proud” of his brother, who was killed in a police shootout on Thursday.

During a 32-hour siege, Mohamed Merah (23) a French citizen of Algerian descent, admitted shooting dead three French paratroopers — two of them Muslim — before turning his guns on a Jewish school on Monday, where he killed three children and a rabbi teacher.

‘Improvised’ killing
Merah, who supported al-Qaeda, confessed that he had not intended to attack the school but “improvised” after missing another soldier he had identified as a target.

After Abdelkader Merah appeared at the Palais de Justice in Paris on Sunday, a carefully worded statement from the public prosecutor’s office said: “The diligent police investigations have established the existence of grave and matching evidence that show it plausible that he [Abdelkader Merah] participated as an accomplice in the course of crimes linked to terrorist action.”

Police also confirmed that Mohamed Merah had filmed the killings and was planning to post them on the internet with a message claiming responsibility. They said he had expressed “infinite pleasure” about the killings and had told them he wished he had gone into the Jewish school and killed more children, according to the Journal du Dimanche.

No charge was made against Abdelkader Merah’s wife, who was also transferred to Paris but released on Sunday, after claiming she knew nothing about the activities of her husband, who was often away from home.

Guy Debuisson, her lawyer, said: “It’s a relief for her but she is also devastated because her husband is being held. She is discovering this man’s secret life … she knew nothing about the real and secret life of her husband, if such a thing is proven by the inquiry.”

Accomplice
Abdelkader Merah, his wife, who has not been named, and the brothers’ mother, Zoulikha Aziri, were arrested simultaneously early on Wednesday, when police swooped on Mohamed Merah’s flat in Toulouse.

After police shot dead his brother, Abdelkader Merah admitted being an accomplice in the theft of the Yamaha T-Max 500cc scooter used in the three shootings but he denied knowing about his brother’s plans to go on a killing spree.

The men’s mother was also released on Friday evening. Her lawyer, Jean-Yves Gougnaud, said her world had been “turned upside down” by what had happened and that she was racked with “guilt and remorse” over whether she could have done anything to prevent the killings.

“She did not see this coming at all. Now she feels a sense of guilt and remorse and is asking herself if she could have seen this, or could have noticed a change in her son’s behaviour. There is nothing that could have made her think her son could do what he is accused of doing,” Gougnaud said. —