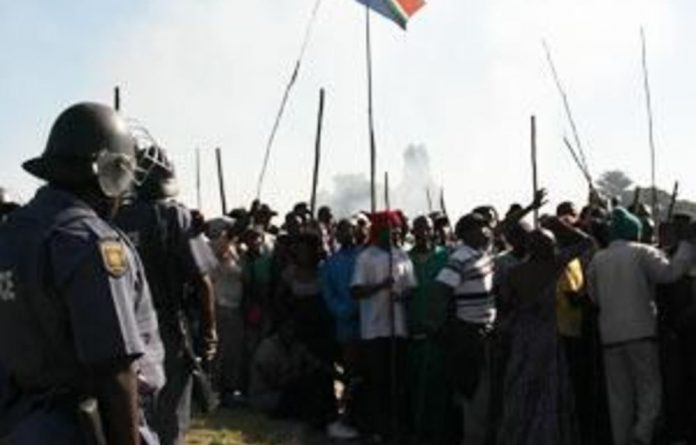 A group of around 100 protesters forced the closure of the Malibongwe main arterial road north of Johannesburg on Monday morning, blocking access to Kya Sand with a barricade of burning tyres and saying they no longer had the patience to wait for a meeting scheduled later in the day.

The informal settlement has long been troubled, with demands for better housing, better roads and adequate sewerage growing ever more loud during the course of 2011.

Protests last week also caused occasional traffic trouble, although police said it had wound down peacefully. No arrests had been made by early Monday morning, although police on the scene had called for armoured support to help in controlling the crowd.

Some factories in the adjoining industrial area were partially operational, but one manager said his staff were afraid to come to work, because they would be targeted on their return.

A long line of people were strung along Malibongwe Drive nonetheless, hoping to find transport into the city.

Traffic was also severely backed up on Malibongwe Drive until Witkoppen Road, two of Johannesburg’s main feeder routes through a busy industrial and retail zone. Motorists were advised to use the N14 instead. — Additional reporting by Sapa