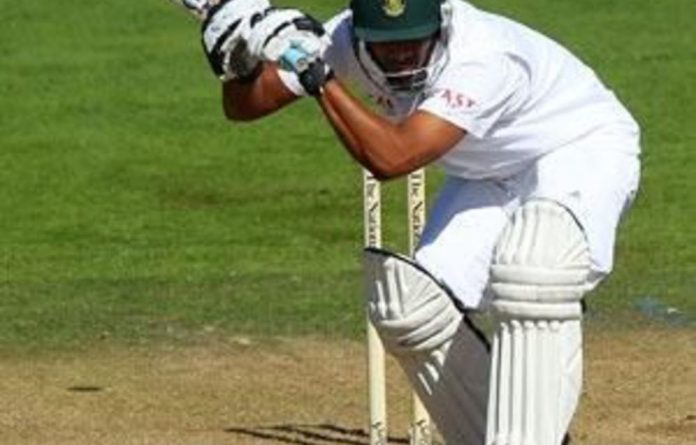 Vernon Philander continued an astonishing start to his Test career on Monday, 6-81 to pass 50 wickets in only his seventh Test to help dismiss New Zealand for 275.

Philander reached his 50th Test wicket on the fourth day of the third cricket test at the Basin Reserve, faster than all but one player in the history of cricket and more quickly than any player in 116 years.

He matched England’s Tom Richardson who achieved the feat in seven tests in 1896 and was slower only than Australia’s Charlie Turner who took six matches to reach the mark in 1888.

New Zealand managed by only one run to pass its follow-on target as it replied to South Africa’s first innings of 474 for nine.

Broken wrist
New Zealand’s battle for survival in the final cricket Test against South Africa suffered a blow with captain Ross Taylor taken to hospital with a suspected broken wrist.

The senior New Zealand batsman, who was hit on the hand by the first ball he faced from Dale Steyn, had reached 18 when he was struck on the left wrist by an express delivery from Morne Morkel soon after the lunch break.

He attempted to play on but lasted one ball, which he nudged for a single, before walking off and being taken to hospital to be x-rayed.

New Zealand were on 160-3 and battling to reach 275 to make South Africa bat again when Dean Brownlie joined Kane Williamson and cautiously advanced in a 59-run stand.

But with diligence called for as they approached the tea break, Brownlie top-edged an attempted pull shot off Vernon Philander on the third delivery with the new ball and was caught at fine leg by Steyn for 29.

Making inroads
Williamson, who came in immediately after lunch as Martin Guptill (59) had been dismissed in the last over before the break, was on 39 at the tea break with Daniel Vettori on six.

New Zealand resumed the day at 65-0 and assisted by some poor fielding reached 86 before the South African quicks, in a hostile bowling attack from Steyn and Morkel started to make in-roads.

Daniel Flynn, in the unfamiliar role of opener and playing his first Test in two years, was first to fall on 45, nicking Philander’s fourth ball of the day through to wicketkeeper Mark Boucher.

Brendon McCullum had two lives on his way to 31. He was caught behind off Marchant de Lange, which the umpire ruled not out although replays showed he was gone, and he was also dropped at point by JP Duminy off Steyn.

Duminy had earlier done wrong by Steyn when he spilled two edges from Guptill when fielding in the gully. — Sapa, AFP, AP

Correction: The headline on a previous version of this story said that this was Philander’s Test debut. It is in fact his seventh Test match.