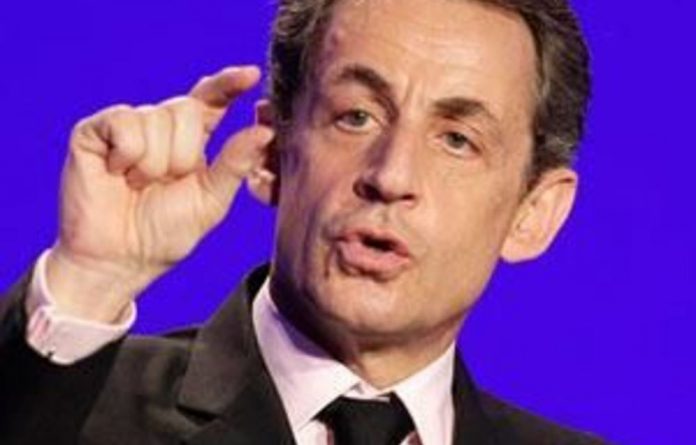 France’s President Nicolas Sarkozy said on Monday he would bar some Muslim preachers from entering France to participate in an Islamic conference next month as part of a crackdown after shootings by an al-Qaeda-inspired extremist.

Sarkozy, who is campaigning for re-election, has also announced plans to punish people viewing Islamist websites and going abroad for indoctrination since the killings.

“I have clearly indicated that there are certain people who have been invited to this congress who are not welcome on French soil,” Sarkozy told France Info radio.

He cited Sheikh Youssef al-Qaradawi, an Egyptian cleric based in Qatar who is one of the most prominent Sunni Muslim clerics in the Arab world and a household name in the Middle East due to regular appearances on the Al Jazeera news channel.

A former member of Egypt’s Muslim Brotherhood, Qaradawi is independent of the group but remains close to it. Sarkozy said the situation was complicated because the imam holds a diplomatic passport and does not require a visa to enter France.

“I indicated to the Emir of Qatar himself that this person was not welcome on the territory of the French republic,” Sarkozy said. “He will not come.”

“This is a great, learned Muslim known for his moderation and balance,” Jaballah said.

Qaradawi was denied a visa to visit Britain in 2008 for seeking to “justify acts of terrorist violence or disburse views that could foster inter-community violence”, a home office spokesperson said at the time. The cleric had defended Palestinian suicide bombers in Israel and attacks on US-led coalition forces in Iraq.

Merah a ‘monster’
Sarkozy rebutted criticism by opposition politicians that the security services had not done enough to stop 23-year-old Mohamed Merah, a petty criminal known to have visited Afghanistan twice, shooting dead seven people in a 10-day rampage in south-west France.

“Here is a young criminal who suddenly becomes a very active terrorist without any transition. As far as we know there was no cell,” Sarkozy said.

The conservative leader announced plans last week to make it a crime to repeatedly consult internet sites advocating Islamic extremism and to punish those who travel overseas for indoctrination or terrorist training.

The legislation will have to wait until after a two-round April-May presidential election because the Socialist opposition has resisted an emergency session of Parliament to approve them.

The killing spree by Merah, who shot dead three Jewish children and four adults before he was killed by police commandos at the end of a 30-hour siege on Thursday, has pushed security to the top of the political agenda.

Sarkozy, who made his name as a hardline interior minister, has seen a slight bounce in his popularity but still trails Socialist rival Francois Hollande in polls for a May 6 runoff.

Far right candidate Marine Le Pen has attempted to link the killings to immigration. “How many Mohamed Merahs, in planes and boats, arrive each day in France?” she asked on Sunday.

Sarkozy said it made no sense to connect the crimes with either immigration or Islam, noting that Merah was born and raised in France: “He was simply a monster.”

The president said, however, there were good reasons for curbing immigration, including the strain on France’s generous welfare system and way of life.

Speaking in Corsica at the weekend, Hollande hit back at conservative charges that the Socialists were soft on security, questioning Sarkozy’s own record.

“This [Corsica] is a territory exposed to violence and killings for five years. There have been on average 20 murders a year, and [Sarkozy] comes to give us lessons on security?” Hollande said. The French island has the highest murder rate in Europe. — Reuters