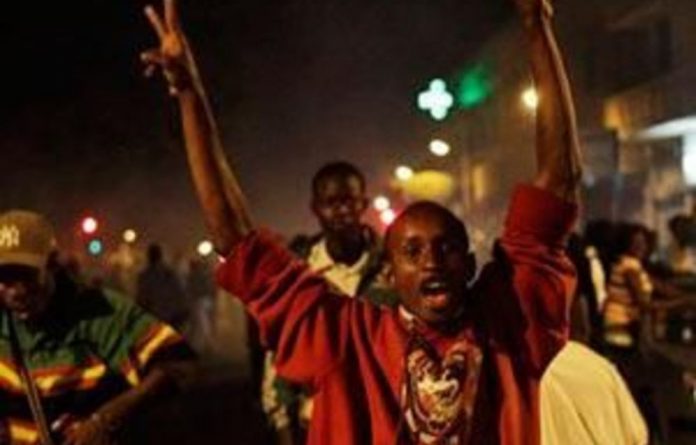 Thousands of residents of the capital Dakar poured onto the streets overnight, honking car horns, beating drums and singing in celebration after state television reported that Wade had telephoned Sall to concede the country’s most contentious election in recent history.

“It is the whole country that has just won,” Amadou Sall, a spokesperson for Wade, said. “This is a big moment for democracy and President Abdoulaye Wade has respected the voice of the people.”

Wade (85), in power since 2000, began his career as president with a sterling democratic reputation but drew criticism for failing to improve the lives of citizens and for seeking to extend his rule with a third term, setting off street protests in which six people were killed.

Sall, a former prime minister who served for years during Wade’s rule, said: “We have shown to the world that our democracy is mature. I will be the president of all the Senegalese.”

Vanity projects
Sall (50) had campaigned for Sunday’s election on lowering the cost of living for Senegalese, including by cutting taxes on rice. He had criticised Wade for pursuing vanity projects — including an African Renaissance Monument standing slightly taller than New York’s Statue of Liberty — instead of helping poor Senegalese.

The election was the latest test for democracy in a region plagued by bloodshed and flawed polls, including Côte d’Ivoire’s which triggered a civil war last year.

Senegal is the only nation in mainland West Africa not to have experienced a coup or civil war since independence. A military coup in neighbouring Mali last week demonstrated how quickly a democracy can unravel.

Opposition activists had said Wade’s quest for a third term was unconstitutional and some voters viewed him as yet another example of a long-serving African leader seeking to hang on to power.

The US and former colonial ruler France had urged Wade not to run.

The Constitutional Council, however, upheld his argument that his first term did not count because it began before a two-term limit was adopted. The ruling set off weeks of violent protests.

Falling short
Early results from Dakar, where Wade has faced his harshest opposition, showed Sall mostly ahead, including in Wade’s own precinct in the upscale Point E neighbourhood with 417 votes to Wade’s 120. Full results are expected later on Monday or Tuesday.

Wade fell short of the outright majority he needed to avoid a run-off in the February 26 first round, with 34.8% to Sall’s 26.6%. The other first-round candidates then united behind Sall.

The European Union said the election conditions were mostly positive but noted that the voter list contained errors, including the names of about 130 000 dead people.

Senegal has $500-million Eurobond, which analysts said depreciated before the first round vote due to the deteriorating political and security climate.

“It took only a few hours for Wade to admit he had lost, as early results showed that he was trailing by a wide margin,” said Samir Gadio at Standard Bank.

“A peaceful power shift will boost Senegal’s institutional credentials and historical reputation of political stability, a scenario that should support the country’s Eurobond,” he said. — Reuters