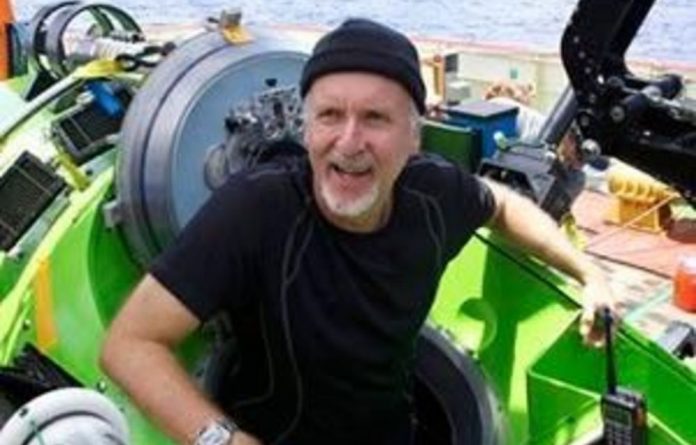 Titanic director James Cameron returned to the surface on Monday after a solo submarine dive to the deepest point in the world’s oceans that was hailed as the ultimate test of “man and his machine”.

Cameron plunged about 11km to the bottom of the Mariana Trench in the western Pacific, where temperatures are barely above freezing and the pressure is a crushing thousand times that at sea level.

The voyage was the first manned expedition to the trench in more than half a century and Cameron said it was the culmination of more than seven years of planning.

“Most importantly, though, is the significance of pushing the boundaries of where humans can go, what they can see and how they can interpret it,” he said in a statement.

The journey down to the Challenger Deep valley of the Mariana Trench, which lies southwest of Guam, took two hours and 36 minutes, organisers said.

The filmmaker stayed for about three hours on the sea floor, where he collected samples for research in marine biology, microbiology, astrobiology, marine geology and geophysics, and captured photographs and 3D moving images.

Cameron is the first person to make a solo dive to the Pacific Ocean trench. The last dive of any kind there was made by a two-man team in a relatively brief expedition back in 1960.

His first words on reaching the bottom were “All systems OK,” according to a mission statement.

After a faster-than-expected, roughly 70-minute ascent, Cameron’s sub, bobbing in the open ocean, was spotted by helicopter and plucked from the Pacific by a research ship’s crane, organisers said.

Expedition physician Joe MacInnis called Cameron’s descent “the ultimate test of a man and his machine”.

Mission partner the National Geographic said Cameron had reached a depth of 10 898 metres at 7:52am in his specially designed submersible the Deepsea Challenger.

Because of its extreme depth, the Mariana Trench is cloaked in perpetual darkness and the temperature is just a few degrees above freezing.

The water pressure at the bottom is a crushing eight tons per square inch — or about a thousand times the standard atmospheric pressure at sea level.

The images collected by Cameron will be used to make a 3D feature film, which is expected to be broadcast on the National Geographic Channel.

Cameron’s tools included a sediment sampler, a robotic claw, a “slurp gun” for sucking up small sea creatures for study at the surface, and temperature, salinity, and pressure gauges.

Fighting fit
Now “the science team is getting ready for the returned samples,” expedition astrobiologist Kevin Hand from NASA said in an email.

The submersible that Cameron designed — a “vertical torpedo” of sorts — had already successfully completed an unpiloted dive on Friday.

In 1960, a two-man crew aboard the US Navy submersible Trieste — then the only humans to have reached Challenger Deep — spent just 20 minutes on the bottom, but their view was obscured by silt stirred up when they landed.

“That was a grand moment, to welcome him to the club,” retired US Navy Captain Don Walsh, who made the descent in 1960 with late Swiss engineer Jacques Piccard.

“There’re only three of us in it, and one of them is dead. Now it’s just Jim and myself,” he said in a statement.

Cameron (57) had been running several miles a day, practicing yoga to increase his flexibility for the dive in the sub’s cramped quarters and studying deep-ocean science, physician MacInnis told National Geographic News.

Cameron already has 72 dives under his belt, including 12 to film the blockbuster Titanic.

The Mariana Trench, a crescent-shaped scar in the Earth’s crust, measures more than 2 550km long and 69km wide on average. — AFP