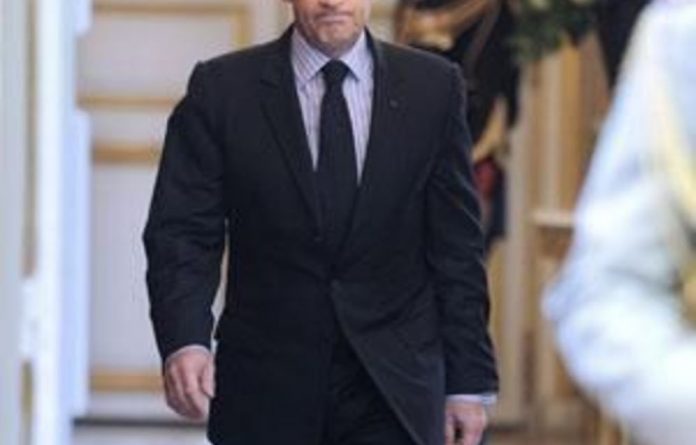 French President Nicolas Sarkozy and victims’ families on Tuesday urged television networks not to broadcast videos shot by an Islamist extremist killer during a shooting spree in France.

Sarkozy said the videos, sent to Al-Jazeera, should not be shown “under any pretext”, as the tearful mother of a dead Muslim victim pleaded for them not to be shown and the family of a Jewish victim said they would take legal action.

The mother of Imed Ibn Ziaten, the first of three paratroopers killed during Mohamed Merah’s shooting spree, begged for the footage not to be shown.

“I ask them not to show the footage. My son was killed, a 30-year-old child. And people want to show it as if it were a film. Please, I can’t see that,” the tearful mother said by phone from Morocco where she was about to visit her son’s grave.

“We were about to go to Imad’s grave to mourn. I don’t need this, they don’t have the right to do that, you can’t do that. We’ve suffered enough,” she said.

The family of Jonathan Sandler, a Jewish teacher killed with his two sons in an attack on a school in southern city Toulouse, said it would take legal action to prevent their broadcast.

Shock and hurt
“The family calls on all media not to broadcast the video and to respect their pain and their mourning,” family lawyer Patrick Klugman said.

“We will use all judicial means possible to prevent any broadcast.”

The uncle of 17-year-old Bryan Bijaoui, who was seriously wounded in the school attack, said he was shocked and revolted by the possibility of footage of the shooting being broadcast.

“The only reason would be to shock people and hurt them,” Aaron Bijaoui said. “If ever they’re broadcast, [Merah] will have won all the way.”

Al-Jazeera’s Paris bureau chief said that Qatar-based network would make a decision on Tuesday on whether to broadcast the videos.

French police said on Monday they had copies of the videos, shot by Merah during his killing spree that left seven dead that had been sent on a USB memory stick to Al-Jazeera’s office.

Merah was killed in a shoot-out with police on Thursday at the end of a 32-hour siege of his apartment in Toulouse. — Sapa-AFP