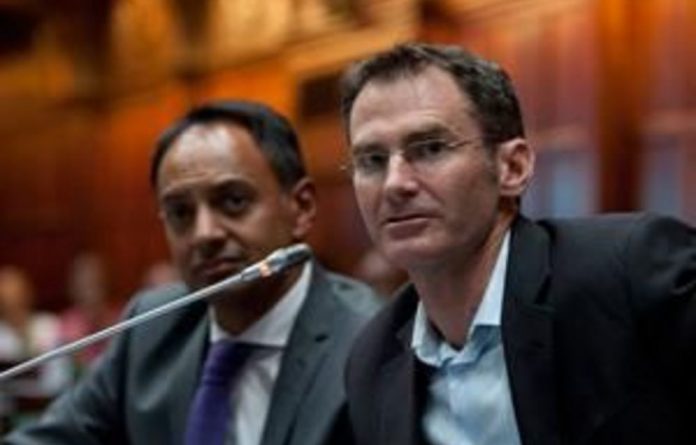 The spectre of journalists and whistleblowers being hauled off to jail for the possession or publication of classified records hung like a black cloud over the public hearings of the Protection of State Information Bill in Parliament on Tuesday.

The South African National Editors’ Forum (Sanef) and Print Media South Africa (PMSA) put forward objections in a written submission, and gave oral input, highlighting the absence of a public interest defence and other key issues of concern to both organisations.

The public interest defence would allow a journalist or whistleblower who publishes classified information to argue that the disclosure was justified. Without the safeguard of a public interest defence, wrongdoing and threats to public safety could be covered under a cloak of secrecy, the organisations warned.

Sanef chairperson of the media freedom committee and Mail & Guardian editor-in-chief Nic Dawes told Parliament that the forum welcomed the objectives of the Bill, which — if fully realised in the detail — would advance the cause of open democracy and improve the way the government handles both sensitive and valuable information.

“As you know, we felt strongly that the early drafts of the legislation failed dramatically to strike that crucial balance,” he said. “So we are pleased to have been part of a discussion in Parliament across the country that has led to very substantial improvements.”

But Dawes said the Bill still unfortunately fell “far short”, and the changes, while necessary, were not sufficient to finally render this law safe for democracy.

In its current form, he said, the Bill would impose on both journalists and other citizens an untenable choice between our conviction — and the constitutional and common law mandate to expose wrongdoing in the public interest — and the law.

Carte blanche
A public interest defence was not “carte blanche for irresponsible publication”, but a carefully designed instrument to balance Sanef’s rights with the state’s security concerns, said Dawes.

Confusion still persisted in the Bill about overlapping offences, the applicability of other relevant legislation, and the scope of its application, he said.

“The broad impact of these provisions, coupled with swinging criminal penalties, will be to cast a pall of secrecy over a government that is designed to thrive on, and indeed become more secure by virtue of, openness,” said Dawes.

In his oral testimony, media lawyer Dario Milo of Webber Wentzel outlined the areas where the Bill does not attempt to strike a balance between national security and openness:

This defence is based on the notion that information that is substantially in the public domain by definition loses its secrecy and should no longer be protected.

“Yet there is no recognition at all in the Bill as to how the public domain factor is to be taken into account,” said Milo. “Sanef and PMSA argue that there should be a defence which allows an accused to make the common sense argument that he or she should not be sent to jail for republishing that which is already widely known around the world.”