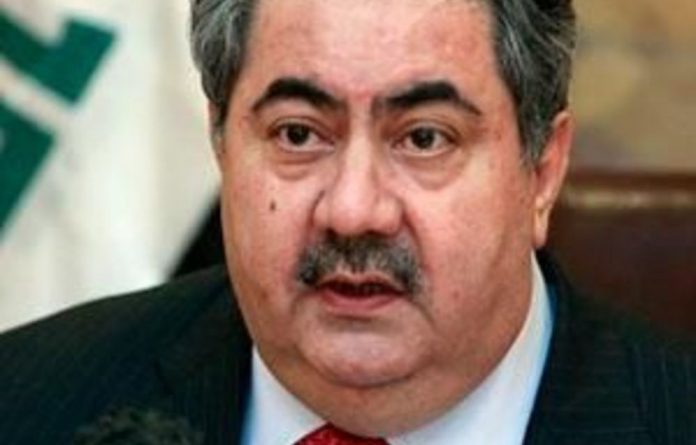 Arab leaders will offer plans this week to break the political “stalemate” that has engulfed Syria but they won’t demand the resignation of President Bashar Assad, Iraq’s top diplomat said on Monday.

Iraqi Foreign Minister Hoshyar Zebari said opposition forces to Assad’s regime needed to agree on a single strategy for ending the year-long crisis in Syria. The issue will be at the top of the agenda of the three-day Arab League summit that begins on Tuesday in Baghdad.

It will end on Thursday with a summit of the nation’s rulers and heads of government. There are 22 nations that make up the Arab League but Syria has not been invited to the annual event, held in Iraq this year for the first time in a generation.

“There is a mounting crisis in Syria,” Zebari told reporters in Baghdad. “There is daily killing, there is daily bloodshed, there is a stalemate in the political solution. What should be done? This is a responsibility on all the attendees at the conference.”

He said leaders will likely agree on a “doable” solution to end the violence but “it’s up to the Syrian people to determine their own future”.

“It’s not up to other countries to dictate to the Syrians what kind of leaders they have or don’t have,” he said. “I don’t think there will be a call on Bashar to step aside.”

Peaceful transfer
The new plan will be similar to earlier League proposals for Assad to peacefully transfer power to his vice-president until new, open elections can be held, Zebari said. The League also has called for an immediate ceasefire from both sides and humanitarian assistance to be allowed into the combat zones.

Syria has denounced the Arab League’s criticism of the crackdown, saying those who oppose Assad are doing the bidding of the West.

The mounting crisis in Syria will be a top priority at the summit, during which Iraq’s leaders will try to prove that their country has rejoined the Sunni-dominated Arab world after years of war, sanctions and US occupation.

But visiting Arab leaders, long wary of the ties between Iraq’s Shiite-led government and Iran, may use Syria as a way to push Baghdad into picking a side in the bitter sectarian politics dividing the Middle East.

Watershed event
Iraqi state TV said ambassadors from Saudi Arabia and Bahrain — two kingdoms that have long been hostile to Iraq — arrived in Baghdad on Monday evening. Their appearance at the summit marked a sort of watershed event for Iraq, which until recently did not have normal diplomatic relations with either nation because former Iraqi dictator Saddam Hussein invaded Kuwait in 1990.

At Monday’s news conference, Zebari took pains to maintain that Iraq does not want to meddle in the politics of other nations. He said another sectarian battle that has inflamed the region over the last year — the Shiite uprising against the Sunni monarchy in Bahrain — will not even be discussed at the summit. He said Bahrain’s government has not put it on the agenda.

Syria has not been invited to the summit, but Zebari said discussing the crisis there was fair game because it “is a more pressing issue daily”.

At least eight heads of government have committed to attending the summit, which is costing Iraq an estimated $500-million, he said.

Zebari also said Sudanese President Omar al-Bashir would not be arrested if he attends the summit. Al-Bashir is wanted by the International Criminal Court on genocide charges for alleged atrocities in Darfur.

Security was at an all-time high ahead of the summit opening on Tuesday, with most roads across downtown Baghdad blocked off and SWAT teams and plainclothes investigators patrolling the streets.

Al-Qaeda has warned that it wants to prove how weak Iraq’s security remains and officials were bracing for widespread attacks during the summit, such as the ones that killed 46 people across the country last week. — Sapa-AP