Basson: Mandela brought me in from the cold 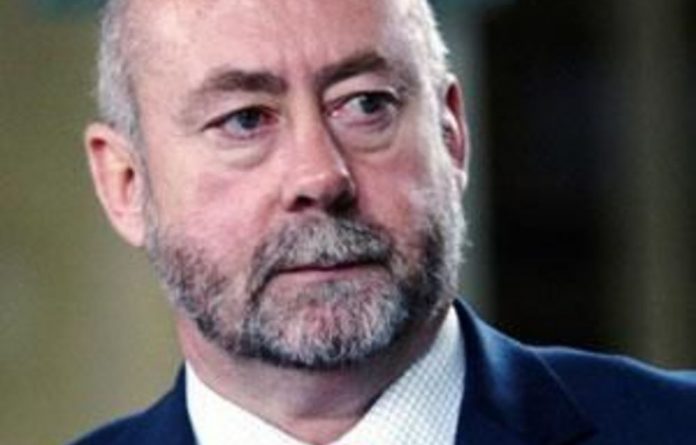 Cardiologist Dr Wouter Basson told a professional conduct committee on Tuesday that former president Nelson Mandela had reappointed him to the South African Defence Force (SADF) in 1995 because the US and British governments regarded him as a threat.

Basson was in the witness stand for a second day to fight charges of unethical and unprofessional conduct before the Health Professions Council of South Africa (HPCSA).

The charges arise from his involvement in the apartheid government’s chemical and biological warfare programme in the 1980s and early 1990s.

Basson testified that a coordinating committee and the surgeon general at the time had been in overall charge of the programme and that he only carried out orders as a soldier.

“His decision was final and I had to see to it that the work was done,” he said.

He said that although he retired from the then SADF in 1992, he was called back in a civilian capacity to oversee the destruction of substances and weapons forming part of the project.

Only the teargas was saved and several tons of it was handed to the police.

Basson reiterated that his task had been to create a defensive chemical and biological warfare capability for the defence force but said a limited offensive capability was also necessary to equalise battle conditions.

The SANDF was established after South Africa’s first democratic election in 1994, replacing the SADF, but incorporating personnel from the SADF, the homeland forces and the armed wings of political parties.

Civilian capacity
According to Basson, former president FW de Klerk reappointed him to the SANDF, on a civilian level, to help dismantle the chemical and biological warfare project.

There followed several meetings with the US and British governments after which Mandela again appointed him, in a civilian capacity, as head of cardiology at the military hospital.

“The American and British governments at that stage regarded me as a threat and wanted to get me under control. The initial suggestion was that they should appoint me and that I work for them as a chemical and biological warfare consultant.

“My role would have been to ensure that technologies that were developed in Western worlds were carried over to developing countries for peaceful purposes.

“The South African government did not like the idea of one of their citizens working for other governments and president Mandela gave orders that I must be appointed in the defence force again in a civilian capacity,” he said.

He claimed that the regulations were bent for a day to allow his re-appointment in 1995.

He was thereafter a member of the SANDF until he started a private cardiology practice in Cape Town in 2003 but had no further involvement with chemical and biological warfare.

‘Crazy years’
According to Basson, he re-enrolled at the University of Pretoria for retraining as a cardiologist to satisfy his colleagues and patients that he was on par as a cardiologist.

Basson reiterated his stance that the 1980s were “crazy years” and that his actions should be seen in the context of the times.

“People did things. Doctors planted bombs. decisions were made in the context of the time.

“Nothing I did was aimed at harming anyone. In fact it was aimed at preserving life and minimising loss of life.

“… I never acted unethically or unprofessionally,” he said.

Salie Joubert SC, acting for the pro forma complainant, accused Basson of “telling half truths” about, among other things, his chemical qualifications to try and remove his training as a medical doctor from his activities while he headed the germ warfare programme.

He put it to Basson that he was reappointed to the SANDF because he had collaborated with Libya and was regarded as a threat which had to be brought under control.

Shock
Basson admitted visiting Libya on several occasions over a 10-year period but said he had no idea what was discussed with president Mandela at the time.

Basson admitted that his training was in physiological chemistry but said he was appointed to head the project because he had a better knowledge of chemistry than most of his military and medical colleagues and had used that knowledge for the project.

“… Stop any doctor on the street and ask him if he would have been able to do it,” he said.

He denied that it had come as a shock when the HPCSA decided to continue with the professional misconduct charges against him, but said he had thought that he would be able to “get on with his life” after the Constitutional Court confirmed his acquittal in 2005.