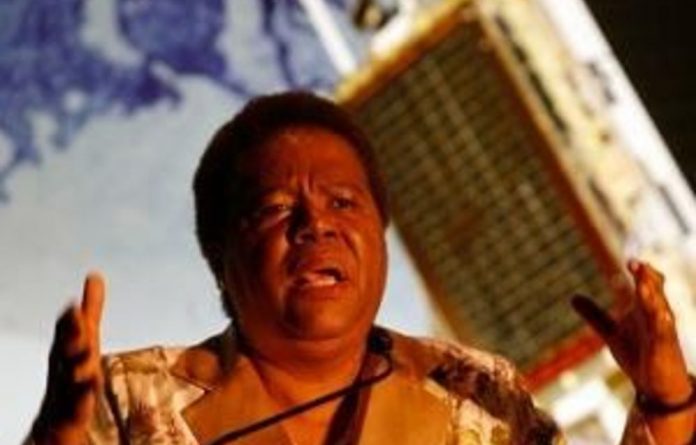 “We need to become active innovators, productive researchers and be supportive industrial partners to the private sectors and to the service sectors in our countries,” she said.

Pandor was speaking at the fourth joint committee meeting between South Africa and Angola at the Council for Scientific and Industrial Research (CSIR) in Pretoria.

She and a delegation, led by her Angolan counterpart Maria Teixeira, discussed plans to improve science and technology in both countries.

“I think we must set an agenda which will ensure concrete outcomes and measurable successes because often we are very good at crafting strategies but when it comes to execution, we don’t achieve what we should,” said Pandor.

The department said the two countries had agreed to contribute R2-million each towards the programmes and plans made to focus on science and technology.

Lacking progress
The main areas that would be focused on were bio-sciences, mathematics, environmental and climate change, as well as renewable energy.

Angola had asked South Africa to help it with training in the field of astronomy and spatial science as the country lacked progress in that area.

It was also agreed that South Africa would help Angola in building contacts within the European Union to support and fund science-related projects.

She said the region was an area of possible growth on the continent and that South Africa and Angola had to ensure that both the Southern African Development Community (SADC) and the African Union (AU) were doing more to show support for the industry.

She urged Teixeira to organise a meeting where all science and technology ministers within the region would meet and discuss plans to improve the industry.

“The SADC region is the most efficient bloc on the African continent and we are losing ground because of inefficiency … We are not sharing what we are doing or mobilising and motivating ourselves,” she said.

Both Angola and South Africa emerged from painful pasts and it was important that young social scientists were educated on that history, she said.

“They must write the books and produce the documentaries so that we have our own intellectual capital that takes forward our story and our history,” she said.

“I’m also hopeful that we will be an example to the SADC and the African Union. I don’t think our organisations realise the importance and the significance that science can bring to our people,” she added.

Pandor said both countries had to work towards becoming competitive participants in the global community of researchers and innovators. — Sapa