Sudanese border under fire from both sides 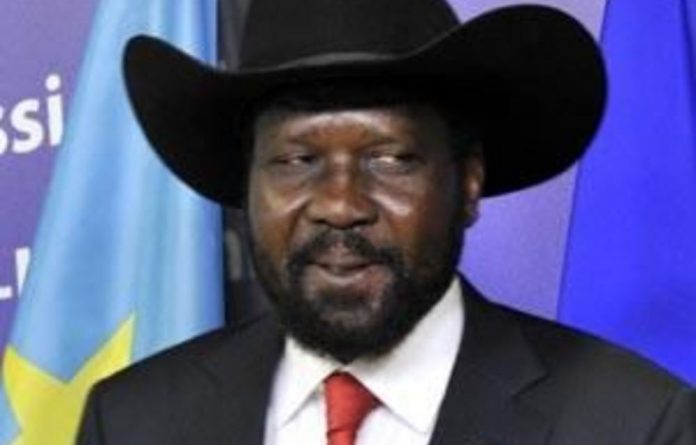 South Sudan has accused its neighbour Sudan of waging war against it after a second day of fighting in the oil-rich border region — the worst confrontation since the countries split last year.

Ban Ki-moon, the UN secretary-general, appealed for calm between the antagonists, which fought a long civil war before South Sudan gained independence in July last year. Oil is still the main source of hostility between the countries, which continue to spar over the border demarcation and other unresolved issues.

In a trade of claim and counter-claim, South Sudan alleged that Antonov warplanes dropped at least three bombs near oil fields in the town of Bentiu, Unity state, on Tuesday.

“They are hovering and dropping over the northern part of town in the oil fields, the main Unity oil fields,” said Gideon Gatpan, information minister for Unity.

Sudan has denied any air strikes.

The claim came a day after Sudan and South Sudan forces clashed in the border town of Jau. Each accused the other of starting the fighting.

South Sudan’s information minister Barnaba Marial Benjamin claimed that, ‘without any provocation’, Sudan bombed Jau before its ground forces and militia fighters moved in. South Sudan repulsed the ‘invading forces’ back to the town of Heglig, Sudan, he added.

South Sudan blames Khartoum
After the ominous flare-up on the border, President Salva Kiir of South Sudan told a meeting in the capital, Juba: “It is a war that has been imposed on us again, but it is they [Sudan] who are looking for it,” he said.

But Sudanese authorities accused South Sudan of making the first move. Sudanese second vice-president Al-Haj Adam Yousif told state television: “These attacks are the responsibility of the SPLA [South Sudanese military] and the South Sudanese government. The SPLA attacks have targeted our oil and our army.”

Sudan alleged that the Darfur-based rebel group Justice and Equality Movement, or JEM, fought alongside the SPLA during Monday’s clash.

Mohamed Atta al-Moula, head of Sudan’s national security and intelligence services, told journalists in Khartoum: “We hope this will be no full war. We have no intentions beyond liberating our land.”

Analysts said the incidents could be the latest move in a long game of political chess. John Ashworth, a church adviser in South Sudan and resident for 29 years, said: “It’s too early to say whether this is an irreversible escalation or whether it is just another gambit in the extreme brinkmanship practised by both sides, attempting to improve their position in the on-and-off negotiations about a range of issues affecting both nations.”

Asian oil group GNPOC — the Greater Nile Petroleum Operating Company — confirmed Tuesday’s bombing. Hollywood actor and activist George Clooney has urged the United States to engage China on the issue, noting that China’s oil supply has been hit so there is an opportunity to appeal to its economic self-interest.

Ashworth added: “China probably has more influence in Khartoum [Sudan’s capital] than it does in Juba. There are plenty of other countries who can help South Sudan develop its oilfields, whereas Khartoum is short of friends to provide military hardware and protect it in the UN security council. It would be in China’s interest to protect its investment in both Sudan and South Sudan by attempting to moderate Khartoum’s military ambitions.”

“Our concerns are heightened by clashes reported [on Monday] between the national armies of Sudan and South Sudan in Lake Jau and other border areas,” UNHCR’s chief spokesperson, Melissa Fleming, said in Geneva.

She added that UNHCR was in regular discussion with refugee leaders in the South Sudan settlement of Yida about “the urgent need to relocate in order to avoid civilian casualties among a population that has already endured a great deal of trauma.”

The fresh violence prompted Sudan to cancel President Omar al-Bashir’s trip to meet President Kiir next week. The leaders had been due to resume negotiations left over from a 2005 peace deal that eventually saw South Sudan secede from Sudan.

South Sudan had given assurances that Bashir would not be detained and handed over to the international criminal court, which has issued a warrant for his arrest.

“The visit of President Bashir was tied to good neighbourly relations. There is no way for this summit to take place now,” said Yousif.

But Barnaba Marial Benjamin said South Sudan still expects Bashir to attend the meeting next week. He said the ‘forces of war’ in Khartoum were trying to derail the peace process, but not Bashir himself.

Earlier this year South Sudan stopped pumping oil because it said Sudan, which owns the crucial pipelines, was stealing its oil. Both countries have accused each other of supporting rebel groups on either side of the border, though both deny the allegations. —

The police and people roving empty streets are intimidating, it’s difficult to replace stock and business has dropped
Read more
Advertising
Continue to the category
Africa