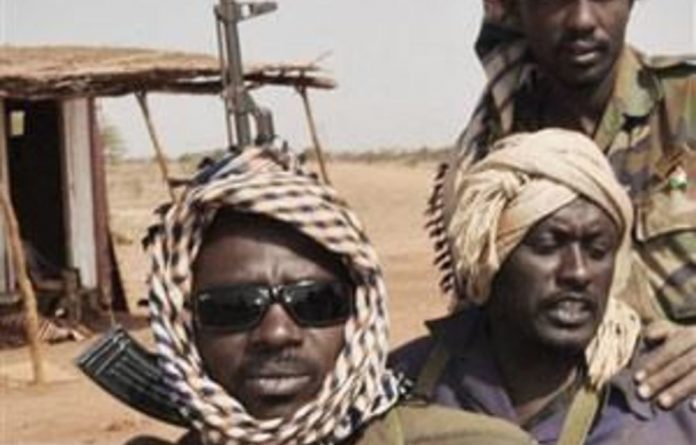 Sudan and South Sudan vowed on Wednesday to step back from the brink of all-out war after growing international alarm at three days of border violence that included air strikes and tank battles.

Fighting on the ground had reportedly ceased on both sides of the unmarked border, but dead bodies and wrecked tanks lay strewn in Sudan’s contested oil centre of Heglig, the site of fierce fighting from Monday.

Both Juba and Khartoum said senior envoys would meet in the Ethiopian capital on Thursday to try to prevent further violence.

“What we expect to achieve is the cessation of hostilities,” said South Sudan’s top negotiator, Pagan Amum.

“We will stop the fighting that is there, and ensure that this does not erupt into war between the two countries.”

Accelerate
Sudanese foreign affairs official Rahamatalla Mohamed Osman, in Addis Ababa ahead of the talks, said Khartoum did not want a war with the South.

But “if they want to accelerate, we will defend ourselves”, he warned.

Both sides accuse the other of starting the fighting, the worst violence since South Sudan declared independence from Khartoum last July after decades of civil war.

US Secretary of State Hillary Clinton accused Khartoum of bearing most of the responsibility for the renewed hostilities.

The African Union, UN Security Council and European Union have all called for an end to the violence.

The African Union said on Wednesday it was deeply concerned at an “escalating security situation” on the border between the former civil war foes, and called for troops to pull back 10km either side of the border.

Soured agreements
The last round of AU-mediated talks in Addis Ababa closed this month with an agreement on nationality and border issues.

At the time it was hailed as a major breakthrough, but the mood quickly soured.

South Sudan said northern bombers and troops had struck first on Monday, moving into Unity State before Southern troops fought back and took the Heglig oil field, parts of which are claimed by both countries.

A large contingent of Misseriya nomads from the paramilitary Popular Defence Force (PDF), a key force for the Sudanese military, patrolled the Heglig area with rifles and motorcycles, but without uniforms.

“We will fight for this border even without the government’s permission, to protect our land,” said Ismail Hamdien, a Misseriya leader who travelled to the battle scene to assess the situation.

Rebel forces, which Juba and Khartoum both accuse of backing the other side, were also reported to have joined in the fighting.

“There is serious concern among us,” one Chinese oil worker said, as smoke rose from a destroyed oil workers’ residence, just metres (yards) from an unscathed oil well.

“How can we work in this situation? We want the government to protect us because we are working for the people of Sudan.”

Southern soldiers were on high alert along the border fearing fresh attacks after pulling out of Heglig, said Southern army spokesperson Philip Aguer.

“It is not our policy to attack and occupy, but only to defend ourselves against unwarranted aggression,” said Aguer.

While there had been no ground fighting on Wednesday, they were ready to respond if need be, he added.

More than two million people died in Sudan’s 1983 to 2005 civil war between Khartoum and southern rebels before a peace agreement that led to South Sudan’s independence. — AFP