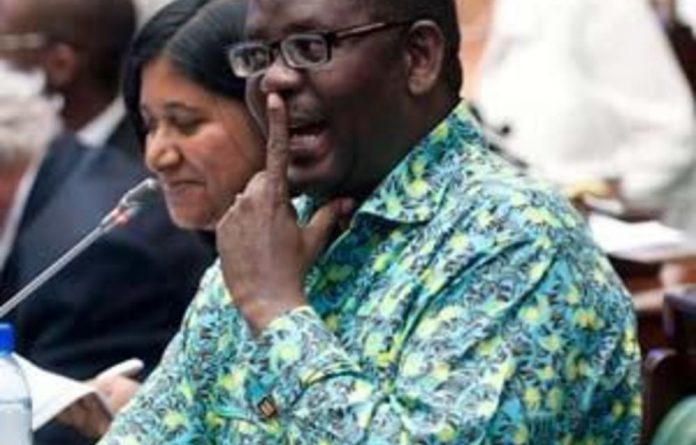 Cosatu will be the first to challenge the Protection of State Information Bill in court because it risks turning South Africa into a security state again, general secretary Zwelinzima Vavi warned on Thursday.

Vavi said that although the Bill was redrafted under pressure from the Congress of South African Trade Unions, the version passed by the National Assembly last year still raised the spectre of abuse of classification to conceal corruption.

He told MPs the scope of the draft legislation was too wide, the penalties it imposed disproportionate, and the potential impact on South Africa’s democratic values devastating.

“You have to be concerned that the scope of the Bill is extended way beyond what is necessary … it takes a huge swipe at everything that moves,” he told a third day of public hearings on the secrecy Bill by the National Council of Provinces.

Cosatu’s biggest fear was the Bill might “inadvertently draw us closer to a threat of entrenching a security state”.

Reminding MPs that he represented two million union members — and voters — Vavi said the Bill was ripe for constitutional challenge on several grounds and Cosatu would not be deterred by the fact that it would find itself on the same side as opposition parties.

Unacceptable
He singled out clause 3 (2) (b), which allowed the minister of state security to confer the power to classify information on any other state entity, and clause 49, which bans the publication of anything deemed a state security matter, as unacceptable.

“You cannot give the minister a blanket right. What we fear is that if you give such a blanket right you might end up with the lease agreements between the police and the various agencies being classified. That is very, very dangerous.”

“Please don’t pass a law you will regret in future,” he said.

Had the Bill been law, these provisions and those that would send journalists to jail for disclosing state secrets might have meant that two scandal-tainted ministers sacked last year — Sicelo Shiceka and Gwen Mahlangu-Nkabinde — would still be in their posts, Vavi said.

“Just close your eyes and think if we would have seen the backs of two ministers last year. We would have not known that if it had not been for the excellent work of the media,” he said, adding that the Bill was not the place to address concerns about media ownership and bias.

“The persecution of the media would only exacerbate the problems of inaccuracy and bias.

“In our view, it is necessary to enhance investigative reporting in the public interest. However as the Bill places extensive restrictions on the access and disclosure of classified information, it would necessarily severely curtail this objective.”

Vavi went on to bemoan the Bill’s assertion, contained in clause 1 (4), that it trumped the progressive Promotion of Access to Information Act.

Exemption
“What it means is that fundamental piece of transformation becomes secondary to security legislation. We think that is very dangerous.”

Furthermore, the draft law’s provisions on whistleblowers — many of them union members — who disclosed classified information to reveal wrongdoing was plainly unconstitutional.

Clause 43 offered exemption from prosecution only if the revelations pertained to the whistleblower’s employer and, in addition, shifted the burden of proof from the state to the accused.

“We have said if these types of clauses go through then we will be left with no choice but to approach the Constitutional Court,” he said.

“We will be the first to arrive there. Our lawyers are standing very ready to do so.”

Veteran human rights lawyer George Bizos, appearing on behalf of the Legal Resources Centre (LRC), listed seven fundamental flaws in the Bill and concurred that it violated the Constitution.

The LRC agreed with Vavi’s criticism of the heavy onus the Bill sought to place on those accused of breaching it, saying it could see somebody “condemned to 25 years in jail for being stupid”.

Bizos urged MPs to refer the Bill to the Constitutional Court, warning that if it were enacted in its current form “there will be a very long queue of applicants to take the president, the minister of justice to court”.

He then deviated from his text to deplore the government’s planned assessment of the Constitutional Court and Supreme Court of Appeal and urged the government to follow former president Nelson Mandela’s example in respecting the courts.

Vavi said he found succour in the fact that Mandela’s former defence lawyer shared his views on the Bill.

“It gives us comfort that you are in the same corner,” he said. — Sapa