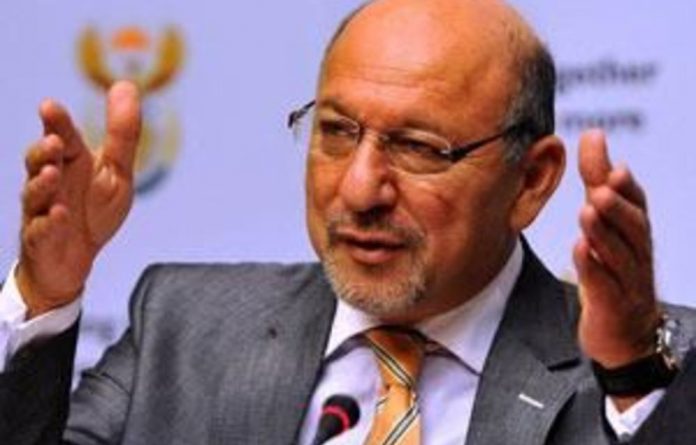 South African people need to be more active in the country’s politics than they were during the anti-apartheid struggle, Minister in the Presidency Trevor Manuel said on Wednesday.

“I talk about people who have voices. I am talking about communities who come together and say, ‘this is our health facility’. If the nurses are watching The Bold and the Beautiful or Generations and people are not getting treatment, [they say] it’s our problem, we will fix it,” he said.

“That is the kind of active citizenship that tore down the wall of apartheid. It was that that emboldened us to do what we had to do and we need it now more than we ever needed it before 1994.”

Manuel, who also acts as the National Planning Commission chairperson, was speaking at a Centre for Small Business Development meeting at the Soweto campus of the University of Johannesburg.

He said the committee and its National Development Plan (NDP) would explore and experiment with different ways of facilitating development in the country.

“The commission is subversive, it reminds me of all the things I did before I was a minister, and I like subversion … We are not government’s praise singer,” he said.

“Point out to us [the committee] what we are not doing right. Come up with better suggestions so that when we take this [NDP] to Cabinet … we will take the view of not just 26 commissioners, but will say with authority that this is the resident voice of South Africa.”

The National Planning Commission, appointed in May 2010 to draft a vision and plan for the country, tabled the NDP in November last year and identified nine problem areas that needed to be tackled.

Manuel said the committee identified four new areas after it consulted with various people across the country.

The new areas concerned community safety, social protection, an inclusive rural economy and uplifting the position of South Africa in the continent and the rest of the world.

He said the small-business community also needed to consult with the committee and present ideas on how the NDP could develop the sector.

“[Suggestions] are not closed because we handed a proposal to the president. We want those ideas — help us.

“The other day in Parliament I quoted a philosopher and he is not one of the great philosophers that people identify with. The one I quoted was a guy with dreadlocks called Peter Tosh. The quote was: ‘everybody wants to go to heaven but nobody wants to die’,” he said.

“If you want the transformations [in the country] you have to make the tough decisions to get there. So it’s beyond the beliefs and values of our Constitution, it’s about how we drive change and how we measure the process of transformation.”

Living document
He added South Africans should never fear changes and amendments to the Constitution.

“Cyril Ramaphosa … made a very important point the other day. He said the Constitution did not come down from Table Mountain on stone tablets, it was written by men and women, and we are some of them,” he said.

“We have changed and amended the Constitution 17 times already and we will continue to amend it because it is a living document — never fear that.”

On Monday, the Democratic Alliance Youth staged a sit-in at Constitution Hill in Johannesburg and unveiled a poster of the Constitution being burnt.

“This poster makes two points. The first is that there is a clear and pressing threat posed to numerous elements of the Constitution and the second is that, in the DA’s future, the Constitution will reign supreme as the ultimate law. There will be no person or body above that law.”

Gana said threats to the Constitution were “starkly illustrated” by a recent ANC policy document.

“This document, which proposes a number of constitutional amendments, represents the largest assault on the Constitution witnessed in our country to date,” Gana claimed. — Sapa