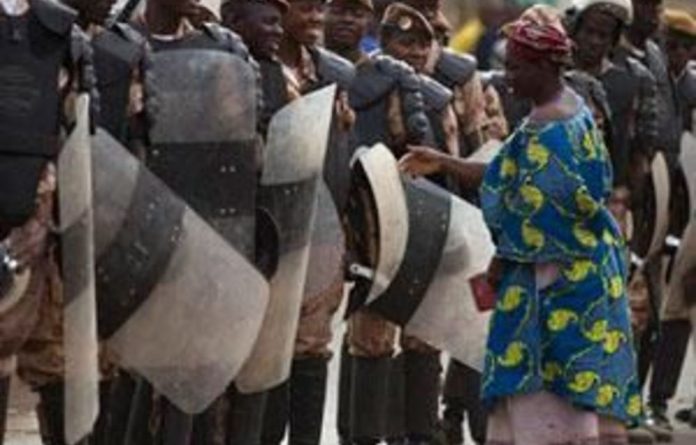 Mali’s ousted leader Amadou Toumani Toure, whose whereabouts have been unknown since he was overthrown on March 22, has told Agence France-Presse he is safe in the capital Bamako and not being held by the junta.

The president was chased out of power just five weeks before the end of his term in office ahead of elections on April 29 which the junta has since suspended with no fresh poll date fixed.

“I am indeed in Bamako, and thank God my family and I are doing well,” Toure said in a brief telephone conversation on Wednesday.

“What is important to know, is that I am not being held prisoner.

“I am obviously following what is happening, I wish with all my heart that peace and democracy triumph in Mali. I have nothing else to say for the moment.”

The fate of the 63-year-old Toure had raised concern in the past six days, since renegade soldiers forced him to flee as they fired on the presidency last week in a mutiny that led to a full-blown coup.

‘Incompetent’ government
The mutineers denounced an “incompetent” government and said they had not been equipped to deal with a Tuareg-led insurrection in the north of the West African nation.

While members of his entourage said Toure was under the protection of his elite paratrooper Red Beret guard, coup leader Captain Amadou Sanogo had said he was safe in a secret location, raising concerns he was being detained.

On Tuesday, France said its ambassador Christian Rouyer had spoken to Toure who “reassured him over his fate”.

The country remains divided over the coup.

Lawmakers and politicians denied access to Parliament by the junta have called for a return to constitutional order.

But several thousand people marched in Bamako on Wednesday brandishing banners reading “Down with France” and “Down with the international community”, while shouting their support for Sanogo.

A delegation of army chiefs arrived in Bamako on Wednesday to prepare a venue for a mediation team of six heads of state led by regional strongman Blaise Compaore, president of Burkina Faso, expected to arrive on Thursday.

West African leaders have already warned that the region’s troops are on standby if the junta fails to engage in dialogue.

In mid-January the Tuareg relaunched their decades-old fight for independence in the north.

Their forces, reinforced by heavily armed fighters recently returned from Libya, have proved more than a match for Mali’s military.

Trafficking
Mali’s armed forces have in recent years had to contend with al-Qaeda in the Islamic Maghreb (AQIM) as well as the Tuareg rebels in the vast desert north, where trafficking of drugs, weapons and western hostages is rife.

Their struggle to contain the threat was exposed in a 2009 US diplomatic cable, released by WikiLeaks.

Titled “Running on fumes: Mali’s soldiers exposed in the desert,” it told how 200 soldiers chasing AQIM elements had been stranded for a week without gas and supplies.

During the last rebellion “some Malian soldiers were placed on duty in the north never even having fired a weapon, due to lack of resources, notably ammunition, during training,” the dispatch reported.

On Tuesday the military regime announced a new Constitution that rules its members out of upcoming elections.

But the European Union, the US and other Western powers have cut off hundreds of millions of dollars of support to Mali — except for emergency aid to drought-hit regions of the country suffering food shortages.

“Unconstitutional changes of government, accompanied by violence, can have a devastating impact on the human rights situation,” she said.

“Mali also had a good record of democratic elections over the past two decades and I hope it gets back on that track as soon as possible.” — Sapa-AFP