A manifesto heathens can believe in 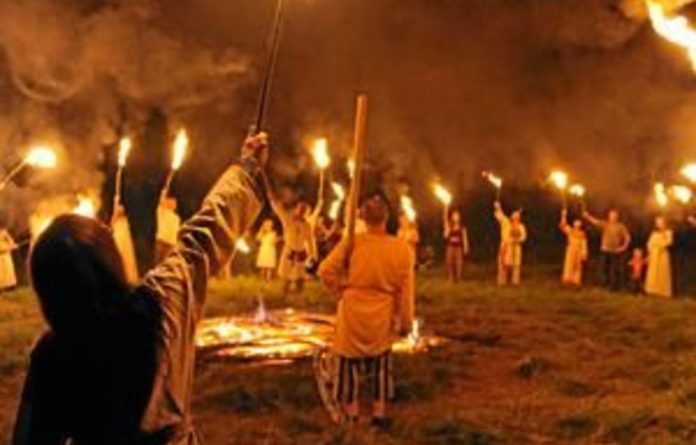 Like many, I have observed the rise over recent years of the so-called new atheism with a mixture of delight and despair.

The focus has been on the most extreme positions and the most strident advocates. There is a perception of unbridgeable polarisation and a sense that the debates have sunk into a stale impasse.

It is time, therefore, for those of us who are tired of the status quo to try to shift the focus of our public discussions about atheism into areas where more progress and genuine dialogue is possible. This manifesto is an attempt to point towards the next phase of atheism’s involvement in public discourse.

Why we are heathens
The word “atheist” has too many dark associations and also defines itself negatively, against what it opposes, not what it stands for. We need a name that shows we do not think too highly of ourselves. “Heathen” fulfils this ambition. We are unsaved, without divine revelation, forced to make our own imperfect way in the world.

Heathens are naturalists
Heathens believe the natural world is all there is and there is no purposive, conscious agency that created or guides it. This natural world may contain many mysteries and even unseen dimensions, but we have no reason to believe that they are anything like the heavens, spirit worlds and deities that have characterised supernatural religious beliefs.

Our first commitment is to the truth
Naturalism is one of the conclusions we come to, not the basis of our world view. That basis is a commitment to see the world as truthfully as we can, using our rational faculties as best we can, based on the best evidence we have. That is where our primary commitment lies and we are prepared to accept the possibility that we are wrong about some of the specific beliefs that has led us to.

We respect science, not scientism
Heathens hold science in high regard, but that does not make us scientistic. Scientism is the belief that science provides the only means of gaining true knowledge of the world. But science is not our bible, the last word on everything. History, for example, may ultimately depend on nothing more than the movements of atoms, but you cannot understand the Battle of Hastings by examining interactions of fermions and bosons. Science may even make life uncomfortable for us. For example, it may undermine certain beliefs about free will and rationality.

We value reason as precious but fragile
Heathens have a commitment to reason that fully acknowledges its limits. Human beings are imperfect users of reason, susceptible to biases, distortions and prejudices that lead even the most intelligent astray. Reason itself always leaves us short of certain knowledge, requiring us to rely on our judgments in order to come to a conclusion.

We are convinced, not dogmatic
The heathen’s modesty about the power of reason and the certainty of her conclusions should not be mistaken for agnosticism. We have a high degree of confidence in the truth of our naturalistic world view. But we do not dogmatically assert it. Being open to being wrong and to changing our minds does not mean we lack conviction that we are right.

We have no illusions about life as heathens
It is possible to lead a meaningful, happy life as a heathen, but it is far from inevitable. Ours is a universe without guarantees of redemption or salvation and sometimes people have terrible lives or do terrible things and thrive. If the evidence were to show that religious people are happier and healthier than us, we would not see that as any reason to give up our convictions.

We are secularists
We support a state that asserts the shared values necessary for people of different convictions to live and thrive together. But it should not give any special privilege to any particular sect or group, or use their creeds as a basis for policy. State action must be justified in terms that all understand, on the basis of principles that as many as possible can share. This does not require that religion is banished from society or public life.

Heathens can be religious
A small minority of religions reject the existence of supernatural entities and divinely authored texts and see the essential core of religion in its values and practices. These are entirely compatible with the heathen position.

Religion is often our friend
We believe in not being tone deaf to religion and to understand it in the most charitable way possible. So we support religions when they work to promote values we share, including those of social justice and compassion.

We are respectful and sympathetic to the religious when they arrive at their different conclusions on the basis of the same commitment to sincere, rational, undogmatic inquiry as us, without in any way denying that we believe them to be false and misguided.

We are critical of religion when necessary
Our willingness to accept what is good in religion is balanced by an equally honest commitment to be critical of it when necessary. Our general stance is not one of hostility towards religion, but when it promotes prejudice, division or discrimination, suppresses truth or stands in the way of medical or social progress, a hostile response is an appropriate, principled one, just as it is when atheists are guilty of the same crimes.

This manifesto is less concerned with distinguishing heathens from others than with forging links between us and others
Our commitment to independent thought and the provisionality of belief means that it is almost a precondition of being a heathen that you do not entirely support this manifesto. At the same time, although very few people of faith can be heathens, many will find themselves in agreement with much of what we believe. This is what provides the common ground to make fruitful dialogue possible: we need to accept what we share to accept with civility and understanding what we most certainly do not.

This is what the heathen manifesto is really about. —