A new chapter for Senegal 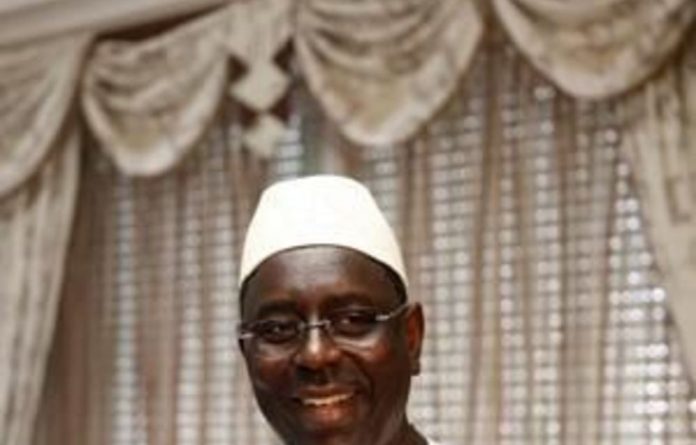 Senegal’s incoming president, Macky Sall, will be remembered as a man of firsts in the West African country’s political history. He is the first presidential candidate to campaign for the presidency and win the first time around.

His predecessor and mentor, out­going President Abdoulaye Wade, ran for office four times before he could claim his seat in the presidential palace — the Palais de la République.

But, most importantly, Sall (50) will be one of the continent’s youngest presidents when he takes over the reins of power a few weeks from now. Sall’s relative youth was an asset against which Wade (85) could not compete. In fact, Wade’s age was one of the reasons many Senegalese wanted him out and they immortalised their wish in the popular song Gorgui Na Dem (Wolof for “Go old man”) — chanted at the sometimes violent protests and demonstrations against Wade’s presidential candidacy. At least six people died during the three-week-long protests.

Lessons from the master
Ironically, Sall owes his rise to power to Wade, who groomed him. A qualified geologist, Sall began his political career as the national secretary for mines and industry in Wade’s liberal Senegalese Democratic Party. From there he became Wade’s personal adviser on the subject, later taking up a position as the minister of mines and energy. He then became minister of the interior and local communities, government spokesperson, prime minister, president of the national assembly, as well as Wade’s re-election campaign manager in 2007.

He owed his elevation to these strategic posts to Wade — but then they had a bitter falling-out in 2008.

A technocrat, Sall challenged Wade publicly when he summoned the old man’s only son, Karim Wade, to Parliament to explain his overspending — a move that cost Sall his job and his party membership card. Soon afterwards, he took pages from Wade’s notebook and formed a new party, the Alliance of the Republic, and immediately embarked on a three-year-long presidential campaign, visiting all 14 Senegal provinces.

He was the only opposition candidate to run a national campaign in the lead-up to this year’s elections.

Early campaigning earned him a mayoral position in his hometown, Fatick, in the west of the country, in local government elections in 2009.

His effective campaign also won him second position in the first round of presidential elections, held on February 26.

Electorate trusts Sall
Though support for the opposition was thinly spread, many Senegalese saw Sall as a leader with enough integrity to challenge Wade — and they confirmed this by electing him with an overwhelming majority in the second round of elections on March 25.

Wade had repeatedly told the nation during the years when he mentored Sall that the technocrat was a good man, a good leader and the best prime minister Senegal had ever had — and the nation believed him when they went to the polls.

“Macky”, as he is called by his loyal supporters, served under Wade for most of the octogenarian’s 12 years in government and is the ideal candidate to begin fixing the country’s mounting problems. There is an ongoing energy crisis, with power cuts crippling the economy.

Then there is the four-year-long, on-off teachers’ strike, which could result in the entire year being declared invalid for students from primary school to university, if it continues. Teachers have boycotted classes since the start of the 2012 academic calendar.

Sall will also have to tackle the problem of corruption, which has steadily infected governance under Wade’s leadership. He promised to institute a financial audit to investigate corruption in all government departments and cut the 45 ministerial positions by half.

Key to Sall’s election campaign was a promise to decrease the current presidential term from seven to five years — putting it back to where it was in 2001 before Wade changed it in 2007.

Another all-important task is reinforcing the integrity of the country’s Constitution, which Wade almost destroyed in his blind efforts to cling to power for another term.

On common ground — from democracy to power blackouts
On the surface there may be little that connects South Africa and Senegal economically, socially or even politically — but on closer inspection they share remarkable similarities.

Both countries have had four different presidents since they won their freedom from colonialism (Senegal in 1960) and apartheid (1994), respectively.

They are both powerful players in their own regions. South Africa is the leading state in the Southern African Development Community and Senegal is the most significant player in francophone West Africa.

Both countries have been praised for having stable democracies, peacefully transferring power from one president to the next.

Senegal and South Africa are also founding members of the New Partnership for Africa’s Development, an initiative of the African Union aimed at promoting the advancement of the continent.

Former South African president Thabo Mbeki and former Senegalese president Abdou Diouf were part of a meeting that gave birth to the Gorée Institute, a think-tank aimed at facilitating peaceful elections on the continent.

In both countries, democratic institutions — including the judiciary — have been targeted in attempts to weaken them; in Senegal under outgoing President Abdoulaye Wade and in South Africa under President Jacob Zuma.

The two countries are facing similar governance and socioeconomic problems — from corruption at government level to energy crises. Senegal is experiencing frequent power cuts that have had a severe effect on its economy.

Public institutions in both countries — particularly in the fields of health and education — are unable to serve their people properly and both economies suffer from growing unemployment and a lack of skills, especially among the youth.

The wealth gap in both countries is also growing wider, leading to mass discontent spilling out on to the streets in service delivery protests and strikes. — Jedi Ramalapa