Banker tweets a treat and Zille crunches the numbers 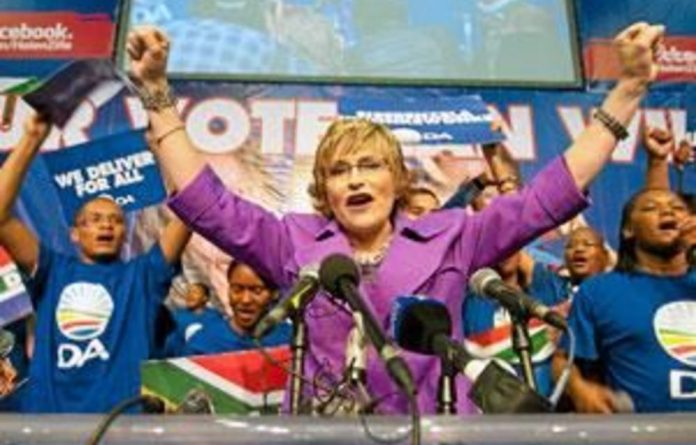 Trade union Solidarity goes to war against Barclays’s Bob Diamond — he of the nearly £2-million a month salary — and so what does it do? It reaches for YouTube, getting fired Absa employees to talk through their exit process.

This is the kind of dismissal we are more used to seeing in movies about Wall Street, where you are instantly bulleted rather than being allowed to work out your notice.

You hand in your laptop, fill up a box with your few possessions and are escorted out of the building by security then and there. One of Solidarity’s informants spoke of being treated like a criminal.

Over at FNB, chief executive Michael Jordaan has made masterful use of Twitter to promote his brand, but the risk was always that the ubiquity of the medium could bite badly when a bad news story came along.

Sure enough, FNB customers suffered service outages last week — the result of power surges that took out the bank’s core servers. People stocked up with cash at FNB ATMs when they could, just in case the outages returned.

But FNB appears to have satisfied its customers by keeping them informed of the problem and its prognosis, and even put out a radio advert explaining what happened and thanking its staff for working long hours to fix it.

The crisis passed without FNB and its lead tweeter being crucified for the outages.

On the political front, Democratic Alliance leader Helen Zille, a luminary in the twittersphere, has been running her own high-profile campaign. Zille has found herself embroiled in more than one controversy to date, the most recent being when she referred to people who have moved from the Eastern Cape to the Western Cape in search of better education as “refugees”.

I did not follow the issue closely enough to have opinions one way or the other, but columnist Justice Malala wrote that Zille was lambasted by a large chunk of the media and the ANC for her comment.

“The twitter and blogosphere went wild with indignation. Some called for her to apologise. Others said she should resign,” he wrote.

Malala noted that during colonial times and after, the Eastern Cape had been a leader in black education. Last year the national government had to take over the running of the education department in the province because it had collapsed.

“The province registered the worst matric results in the country. This year teachers went on strike for more than six weeks and reports indicate that not much teaching is taking place in that province.”

But Malala said that Zille took the debate back to the laager. “Zille’s words and her defence of them remind us again that many in the Western Cape do not see themselves as part of the new South African project.” He pleaded for her to be taken off Twitter, saying she was debasing arguments with her love of the medium.

Zille has her supporters and detractors. One commentator, Sarah Britten, wrote that she was making five basic marketing mistakes and criticised her for, inter alia, calling someone a wombat in a tweet.

“She had a sense of humour, now she lobs insults,” Britten wrote.

Some see Twitter as an elitist communication tool, given that the entry level is a smartphone or equivalent. But what has struck me is how often Zille now makes the front pages of newspapers that normally do not rush to publish news about the DA.

The key thing I take from this is the number of Twitter followers she has: 127 000. The Twitter-enhanced Zille is a publishing and communications force. She already directly reaches more people than some newspapers do and we are talking about a medium that is in its infancy.

Take a look at the timeline of her tweets. She is so prolific that you could form the impression she is doing little else but tweet. She may or may not have help, such as people to do research, but whatever the case, the DA is following the lead of Barack Obama, who used social media in his successful bid to become president.

Zille completely eclipses the ANC’s hottest property in the twitterverse, State Enterprises Minister Malusi Gigaba, one of the party’s rising stars, who has 11 000 followers.

Media is now everywhere. You are the media and you are the story. It better be a good one.