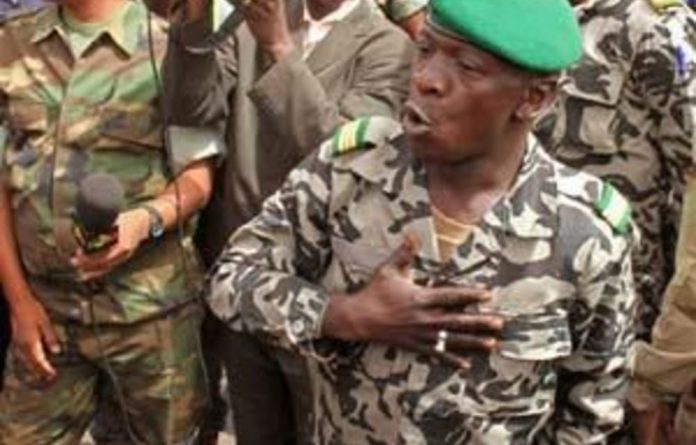 Seeking to force from power the mutinous soldiers that seized control of Mali last week, the body representing countries in the region announced late on Thursday that they will close all its land borders with the landlocked Mali, as well as freeze the nation’s bank account if the junta does not step aside.

The financial sanctions would be among the harshest imposed in recent years on a nation in West Africa and are likely to strangle impoverished Mali, which imports nearly all of its gasoline from neighbouring Côte d’Ivoire.

Kadre Desire Ouedraogo, the president of the commission of the Economic Community of West African States (Ecowas) told reporters in the capital of Côte d’Ivoire that the sanctions will go into effect in 72 hours if the coup leaders do not take steps to restore the country’s democratic institutions.

He said that besides the closure of the borders, all countries belonging to the 15-nation bloc will stop allowing Mali to use their ports, with the exception of humanitarian aid. In addition to the central bank freezing their account, Ouedraogo explained that the bloc has instructed the central bank not to transfer money to any of the Malian government’s commercial bank accounts.

The military junta ousted the country’s democratically elected leader in a coup last Wednesday. Already the US, France and the European Union have cut off all but essential humanitarian aid. If the financial restrictions go into effect, it would effectively suffocate Mali’s economy.

In recent days, banks have been overwhelmed trying to serve panicked residents and there have been long lines in front of ATM machines as people attempted to secure their money supply after the coup. In addition, Ecowas said that members of the junta will be placed on a travel ban, and whatever money they might have in member countries will be frozen.

The decision to impose the sanctions within the next three days was taken by a high-level delegation of five African presidents. The five leaders had been scheduled to arrive in Bamako on Thursday.

Demonstrations
They were forced to make a mid-air U-turn and head to Côte d’Ivoire to hold their meeting, after demonstrators supporting the military junta took over the tarmac to stop the jets from landing, officials said.

A senior adviser to the Ivorian president who was in one of the planes said the incident at the Bamako airport where they were supposed to meet. Amadou Haya Sanogo is worrying. The official, who could not be named because he was not authorized to speak to the press, said the coup leader’s unwillingness to even secure the airport for their arrival shows that he is not a partner worth taking seriously.

At the Bamako airport, Ouattara’s Minister of African Integration Adama Bictogo, who had arrived in Mali on an earlier flight, told reporters that the presidents had not felt safe landing after pro-coup demonstrators flooded the runway.

“When we arrived this morning we saw that the security hadn’t been organised and that around 100 people had managed to get on the tarmac,” he said. “This prevented the plane from landing, and there was hostility in the air,” he said.

He said that while he was waiting for the leaders to arrive, he took the opportunity to meet in the VIP lounge with coup leader, Sanogo, and stressed the Ecowas position, which has asked him to restore the country’s constitutional order immediately.

“This unfortunate incident can’t be an obstacle to finding a solution to the crisis. The bridge hasn’t been burnt,” he said. “And certainly it was youthfulness and inexperience that let this [incident at the airport] happen, or perhaps they just let things get out of control.”

Last week’s coup happened in one of the few established democracies in the troubled western half of the African continent. Sanogo, who is in his 30s, seized power from President Amadou Toumani Toure, considered one of Africa’s senior statesman.

Thrown into doubt
Toure — known by his initials ATT — was just months from stepping down, and the coup has thrown into doubt the presidential election that was supposed to be held April 29.

Sanogo’s soldiers have ransacked the presidential palace. They have set up their de facto seat of power inside an aging, two-story building in the Kati military barracks located around 10km from the palace.

It was at that garrison that a mutiny erupted on March 21, led by troops angry over the treatment of fellow soldiers killed in operations in the country’s north, where they were sent to fight a new insurgency by Tuareg rebels. The soldiers accused Toure of mishandling the operations and of sending the military to the remote area without proper supplies.

Several thousand people took to the streets this week in support of the military takeover, indicating that frustration at Toure’s handling of the rebellion is widespread. And at the Bamako airport, several dozen young man had taken to the tarmac hoisting signs that said, “Down with ATT. Down with Ecowas.”

Toure has gone into hiding and his whereabouts are unknown. He gave an interview on Thursday to French radio RFI saying that he was in good health and was carefully following the developments.

Meanwhile on Thursday, a joint force of Tuareg rebels began attacking the besieged northern city of Kidal using shells, rockets and gunfire, said a Niger government source speaking to both sides in the conflict.

The Tuareg leaders’ decision to attack came after more than a week of negotiations failed, said the source who spoke on condition of anonymity because he was not permitted to speak to the press.

Kidal would be a major prize for the rebels, who relaunched their decades-old fight in mid-January, led by battle-hardened officers and troops who fought for Libyan dictator Muammar Gaddafi and returned home heavily armed. Kidal is one of two major northern towns that failed to fall in two previous Tuareg rebellions in the 1990s and 2000s. — Sapa-AP