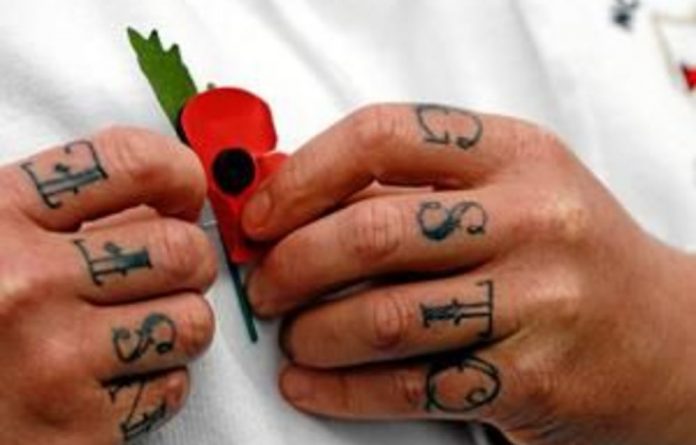 This Saturday, in the Danish city of Aarhus, a Europe-wide rally organised by the far-right English Defence League will try to set up a European anti-Muslim movement. For Europe’s far-right parties, the rally, coming so soon after the murders in southwest France by a self-professed al-Qaeda-following Muslim, marks a moment rich with political capital.

Yet it is also a delicate one, especially for Marine Le Pen. Well before the killings, Le Pen was assiduously courting Jews, even while her father and founder of the National Front, Jean-Marie Le Pen, was last month convicted of contesting crimes against humanity for saying that the Nazi occupation of France “wasn’t particularly inhumane”.

Marine must disassociate herself from such sentiments without repudiating her father personally, or alienating his supporters. To do so, she has laced her often expressed Islamophobia (parts of France, she has said, are suffering a kind of Muslim “occupation”) with a newfound “philozionism” (love of Zionism), which has extended even to hobnobbing with Israel’s United Nations ambassador.

Almost all European far-right parties have come up with the same toxic cocktail. The Dutch MP Geert Wilders, leader of the anti-immigrant Party for Freedom, has compared the Qur’an to Hitler’s Mein Kampf. In Tel Aviv in 2010, he declared that “Islam threatens not only Israel, Islam threatens the whole world. If Jerusalem falls today, Athens and Rome, Amsterdam and Paris will fall tomorrow.”

Meanwhile, Filip Dewinter, the leader of Belgium’s Vlaams Belang party, which grew out of the Vlaams Blok nationalist party, many of whose members collaborated with the Nazis during World War II, has proposed a quota on the number of Belgian-born Muslims allowed in public swimming pools. Dewinter calls Judaism “a pillar of European society”, yet associates with antiSemites while claiming that “multiculture … like Aids weakens the resistance of the European body” and “Islamophobia is a duty”.

But the most rabidly Islamophobic European philozionist is Heinz-Christian Strache, head of the Austrian Freedom party, who has compared foreigners with harmful insects and consorts with neo-Nazis. And yet, where do we find Strache in December 2010? In Jerusalem, alongside Dewinter, supporting Israel’s right to defend itself.

In Scandinavia the anti­immigrant Danish People’s party is a vocal supporter of Israel. And Siv Jensen, the leader of the Norwegian Progress party and a staunch supporter of Israel, has warned of the stealthy Islamicisation of Norway.

In Britain, English Defence League leader Tommy Robinson, in his first public speech, sported a Star of David. At anti-immigrant rallies, his party’s banners read: “There is no place for Fascist Islamic Jew Haters in England”.

So has the Jew, that fabled rootless cosmopolitan, now suddenly become the embodiment of European culture, the “us” against which the Muslim can be cast as “them”? It is not so simple. For a start, “traditional” anti-Semitism has not exactly evaporated. Look at Hungary, where the ultra-nationalist Jobbik party denies the Holocaust unapologetically, or Lithuania, where revisionist MPs claim that the Jews were as responsible as the Nazis for World War II.

What is more, the “philosemite”, who professes to love Jews and attributes superior intelligence and culture to them, is often, though not always, another incarnation of the anti-Semite, who projects negative qualities on to them: both see “the Jew” as a unified racial category.

Beneath the admiring surface, philozionism is not really an appreciation of Jewish culture, but rather the opportunistic endorsement of Israeli nationalism and power.

Indeed, you can blithely sign up to both antisemitism and philozionism.

Norwegian mass murderer Anders Behring Breivik described himself as “pro-Zionist” while claiming that Europe has a “considerable Jewish problem”. He saw himself as simultaneously anti-Nazi and pro-monoculturalism. The far-right British National Party’s Nick Griffin once called the Holocaust the “Holohoax”, subsequently supported Israel in its war “against the terrorists” but, the day after the Oslo murders, tweeted disparagingly that Breivik was a “Zionist”.

Most Jews, apart from the Israeli right wing, are not fooled. They see the whole iconography of Nazism — vermin and foreign bodies, infectious diseases and alien values — pressed into service once again, but this time directed at Muslims. They understand that “my enemy’s enemy” can easily mutate into “with friends like these …”

The philozionism of European nationalist parties has been scrutinised most closely by Adar Primor, foreign editor of Haaretz newspaper, who insists that “they have not genuinely cast off their spiritual DNA and … aren’t looking for anything except for Jewish absolution that will bring them closer to power”. Similarly, Dave Rich, spokesperson for the Community Service Trust that monitors anti-Semitic incidents in Britain, told me that far-right philosemites “must think we’re pretty stupid if they think we’ll get taken in by that. The moment their perceived political gain disappears, they revert to type. We completely reject their idea that they hate Muslims, so they like Jews. What targets one community at one time can very easily move on to target another community if the climate changes.”

Rich’s words, spoken before the murder of Jews in Toulouse, now sound chillingly prescient. The president of the French Jewish community, Richard Pasquier, judges Marine Le Pen as more dangerous than her father.

French Muslim leaders rallied around Jewish communities last week. Next week is the beginning of Passover, a festival celebrating the liberation of Jews from slavery in Egypt, a time when Jews often think about modern examples of oppression. Let us hope that French Jewish leaders use the occasion to rally around Muslim communities and to remember that, ultimately, racism is indiscriminate. —

Infodemic to infowar: The circus of disinformation will spin on

Jewish resistance to Zionism is on the right side of history