In defence of Mogoeng 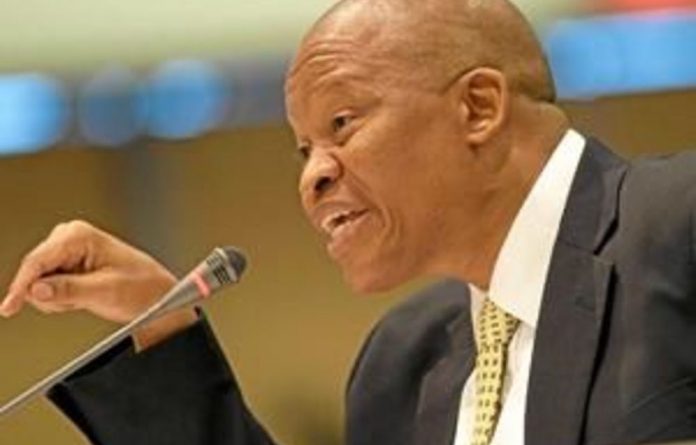 Being a Christian in a secular organisation can be difficult. If you are Mogoeng Mogoeng, leading the country’s judiciary, it means upholding and defending the secular values of the Constitution and not allowing church dictates to intrude.

If you are me, a journalist and a Christian, it means supporting the newspaper you work for as it ruthlessly interrogates the perceived intrusion of Mogoeng’s religion into his judicial work. This even when it cuts a bit close to the bone, as Zapiro’s cartoon did in our edition two weeks ago, which led with the story of Mogoeng’s instruction that judges should attend a Christian leadership seminar.

The cartoon depicted Mogoeng in an evangelical spin, preaching up a storm with flecks of spit flying, as he lays hands on the Constitution and shouts: “In the name of Jesus I cast out these evils!” And then: “Secular demons be gone!”

I winced. Zapiro was taking his usually devastatingly accurate aim at the worst tendencies of a certain group. But this time that group happened to be mine.

Yet, I would defend that cartoon.

On days like those I have to remind myself of what I firmly believe in: the separation of church and other spheres, including the state. Is this some sort of liberal trick to help me to sleep at night? Not really. It is actually inspired by developments in neo-Calvinist theology under Abraham Kuyper, dating back to the early 1900s, which hold that no one area of life or societal community is sovereign over another. Each sphere has its own integrity that must be respected — by the state, church and other spheres, which themselves must be similarly respected.

This means that Christians should be the first to guard against any disproportionate influence by the church on areas such as the judiciary. The separation of church and state is incredibly important, and there were many cries of alarm using that very phrase in the original article and in the subsequent uproar.

But was Mogoeng guilty on this count? He did many things wrong in sending that email recommending a John Maxwell leadership course. But I am not sure threatening the divide between church and state was one of them.

I have done a brief Maxwell course before. I am averse to motivational speak so I found it thoroughly boring, but I do not think the Bible was mentioned once. I can almost see why Mogoeng decided to send the email: he has been tasked with improving leadership skills in the judiciary. Judges had once been on a course given by Stephen Covey, who is also a Christian. The conference dovetailed perfectly.

Yet Mogoeng should have known that sending that email was inappropriate, given the context and values. And if he felt he should send it, it should have been couched in entirely different language, perhaps phrased as a suggestion and not an instruction. Remember, he did not send the email himself; someone else did it on his behalf and may well have overstated the suggestion.

“The woman who sent the mail was particularly at fault for the way she phrased it,” a source at the court confided to me.

Shortly after the article appeared, the heads of court, including the president of the Supreme Court of Appeal, issued a statement trying to clarify the matter: “The invitation was not to a religious event but to a leadership conference, which nobody was ordered or compelled to attend.”

The outrage over the incident was understandable, on the one hand — the media and public have been waiting for something like this ever since Mogoeng’s strong Christian beliefs were first made public during the intense scrutiny over his appointment last year. Mogoeng has started off on the back foot, given his shady previous judgments, which critics slammed for being sexist and, in one case, homophobic.

We have made it clear as the public that we will not stand for such intrusions on our values and, accordingly, he has been far more circumspect in his conduct. Edwin Cameron, an openly gay judge, told an interviewer how Mogoeng went out of his way to welcome his partner to an event.

We must keep holding him to account, but we should resist using some phrases. There may be a risk that Mogoeng’s views will influence his judgments but that is not the same thing as undue influence from the church, as an organisation, on the judiciary or state.

As it is, there is little to zero risk of such a threat. If there is an intrusion from one sphere into another where the judiciary is concerned, it is not the church we should be worrying about. It is the state. The ANC’s plan to review the powers of the judiciary is a far more serious threat to the principle of sphere sovereignty and to the very nature of our democracy. It is a more complicated and possibly less emotive issue, but it deserves to provoke as much outrage as Mogoeng’s Christian leadership slip-up.