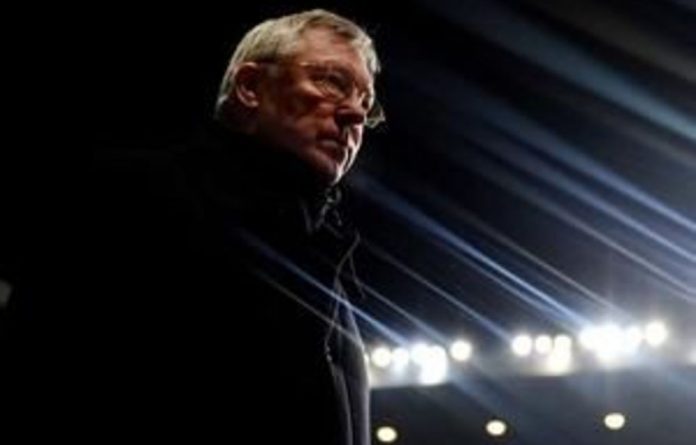 The scene is easy to imagine. A septuagenarian man, sitting in an office in Manchester, is informed by an underling that his bait has been taken. He reclines in his chair, eases both hands behind his head, and cackles like a machiavellian overlord. Another sucker has been snared.

This is the perception we have of Sir Alex Ferguson’s mind games and, although the reality is inevitably more complex, the circus has become so addictive that no title race feels complete without Ferguson and another manager swapping barbs and bons mots.

It is hard to be certain of his motivation, so skilful is his manipulation of the media. When he tells you it’s pasta on the plate, you’d be wise to check under the sauce. What we can say with absolute conviction is that, when he speaks, every word is calculated. There is a lyrical side to Ferguson that is not always appreciated; similarly, he is a masterful orator. He would have made a great political speechwriter.

In recent times, Ferguson’s comparatively gentle mind games have felt like a reminder to opponents of who they are dealing with; to show them that he has been there, done that and even got the phrase “squeaky-bum time” in the Oxford English Dictionary; and that if they come at the king, they had best not miss.

Maybe he enjoys the pantomime, too, something to humour him as he gears up for yet another run-in. Ferguson’s comments are invariably accompanied by a smirk at some stage. Everything is designed to suggest that he is in control and at peace.

Different approach when needed
Ferguson does not have a one-size-fits-all approach to these jousts. The nature and tenor of his comments varies each time, as does his motivation. In the past it has included the paternal protection of his players, sheer desperation (suggesting that Blackburn Rovers had to “do a Devon Loch” if United were to win the league in 1994-95) and preying on the weak (Kevin Keegan, infamously, a year later).

It is conceivable that he has sensed weakness in Roberto Mancini, who has been a little flustered in recent weeks. Although Mancini won three Serie A titles, two of those were at a canter. His experience of title races is limited.

That said, Ferguson tends not to instigate things so much any more, beyond the occasional aside. His comments about Manchester City this week were provoked by Patrick Vieira, who said that Paul Scholes’s decision to come out of retirement, the sale of Ravel Morrison to West Ham United and the possible departure of Paul Pogba, another highly rated young midfielder, were clear signs of “weakness” at Old Trafford.

Although he dismissed Vieira’s comments in jest not anger, Ferguson could not resist mocking City’s decision to turn to Carlos Tevez, whom Mancini had insisted would never play for the club again in their attempt to win a first title in 44 years.

“If it’s desperation bringing back the best midfield player in Britain over the last 20 years then I think we can accept that,” said the United manager. “I think he [Vieira, now football development executive at City] was programmed for that. I think Roberto had a wee dig a couple of weeks back. We’re all going to play our hand that way. I’ve got plenty of ammunition for that.”

In 2009, when he said Rafael Benitez was “disturbed”, it was in response to the Spaniard’s “fact” outburst. Even his observations about the Luis Suarez case, when he was content to let Liverpool dig their own grave, were prompted by comments from Kenny Dalglish.

Knowing when to speak
Ferguson may appear to believe in his own omnipotence on occasion, but he has generally known his limits in this particular sphere. In José Mourinho’s first two seasons, when Chelsea were painfully superior to United, Ferguson barely said a word. His main focus seemed to be pushing Arsène Wenger towards a meltdown that eventually came at Bolton when Wenger said: “I will never answer any questions any more about that man.”

He lost out to Wenger a few times before that — most notably with the Frenchman’s delicious riposte that “everybody thinks they have the prettiest wife at home” — but attempting to undermine a formidable Arsenal side always felt like a long-term operation. Blackburn did win the league in 1995, yet they so nearly did a Devon Loch.

The one time Ferguson was truly out of his depth was when United drew Real Madrid in the 2002-03 Champions League quarter-finals. “Real Madrid — they have a nice draw, they must have picked it themselves,” he said. “The Spanish and Italian teams don’t want us in the final, that’s for sure, but I’m not listening.” He had to listen when Real’s galacticos put United out without breaking sweat.

History will be written by the victors, as ever, and the bullish nature of Ferguson’s comments suggests he is confident about the title race. The perceived definition of Fergie Time is any excess injury time in a Manchester United game, yet this is the real Fergie Time: March to May, when seasons are defined and honours boards are altered. He is in his element. —