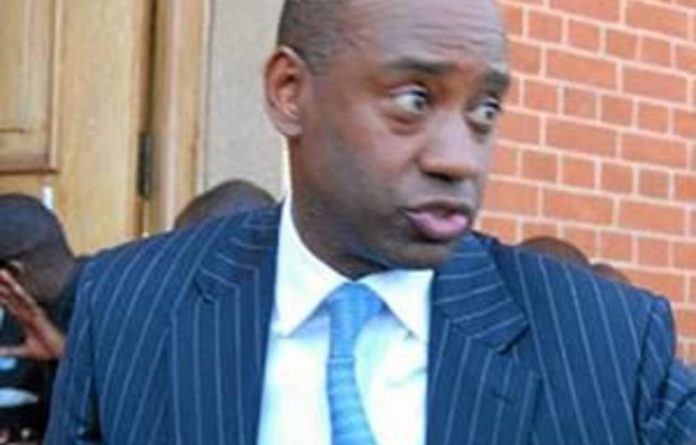 The fugitive son of Rupiah Banda, Zambia’s fourth president, has permanent residence in South Africa, where he enjoys business connections despite being on the police’s wanted list in his home country.

The former Zambian president revealed to the Mail & Guardian that his son, Henry, has permanent residence in South Africa and that he is a “successful businessman”.

“It is well known that my son Henry has permanent residence in South Africa with his wife and children, having maintained a home in the country for some years,” Rupiah Banda said.

The M&G has further established that Henry Banda has a company operating in Johannesburg that was registered in 1996.

He is the sole owner of Gushford IV, which, according to an M&G investigation, still operates in South Africa. Records show that Gushford IV deals in financial intermediation, insurance, real estate and business services.

Its business address is listed in Grayston Drive, Sandton. But a visit to the address revealed that it is an expensive apartment block, not an office block. A two-bedroom apartment in the complex sells for about R1.4-million, according to a source familiar with the building.

Zambian police have refused to say why they are seeking Banda, but according to a red notice on the Interpol website, he is wanted for fraud.

The acting spokesperson for the Zambian police, Rae Hamoonga, said he could divulge full details of the charges only once Banda was in police custody.

Banda was a director of Amalgamated Control Solutions, registered in South Africa in 2003. The other listed director for this company, which has since been deregistered, was Ruiro Muchohi Gikonyo, a Kenyan businessman.

Banda was also a director of Bwezani Investment, with Mabusha Dumisa Masekela listed as co-director. The company, registered in 2004, has also been deregistered.

Banda (44) has been on the run since late last year, after answering questions at a police station in Lusaka. Interpol has since been asked by the Zambian police to help to trace his whereabouts.

Interpol confirmed that, at Zambia’s request, it had issued a red notice for him.

Red notices are used by Interpol to inform its 190 member countries, including South Africa, that a judicial authority has issued an arrest warrant for an individual. It is not an international arrest warrant.

According to the Interpol website, Zambian national Henry Chikomeni Banda was born on August 19 1967 in Washington DC in the United States.

His father described what was happening as “sad” and said that, since the new government took office, “the rule of law has given way to the rule of politics”.

“Sadly, my son is on a political hit list that I believe is part of a plan to destroy the future of the [former ruling party] MMD. This should be of concern to all Zambians who believe in democracy and the rule of law.”

The leader of the opposition National Restoration Party, Elias Chipimo, blamed the government for the slow pace at which the investigations into Henry Banda were being carried out. “If the government was serious, it would have found a way of addressing this issue,” he said.

Henry was accused in the Zambian Parliament and media in 2009 of brokering an allegedly corrupt deal in which Kenyan oil trading company Dalbit Petroleum clinched a multimillion-dollar contract to supply finished petroleum products to Zambia. It was alleged that Kenyan business- people who attended the tender’s opening ceremony in Lusaka were given aides and escorted in a convoy of government Mercedes-Benzes to State House after the event.

On August 2 2009, Zambia’s former finance minister, Situmbeko Musokotwane, allowed the energy ministry to import diesel duty-free. However, because the ministry did not have the capacity to do this, it contracted, without following tender procedures, Dalbit Petroleum of Kenya and the Independent Petroleum Group of Kuwait to import the commodity at zero percent duty.

Dalbit was to supply 1.4-million litres of diesel and petrol for two years through the ports of Dar es Salaam and Beira. Because Zambia’s only refinery, at Ndola, had been closed for maintenance, Dalbit had an effective monopoly.

Banda was accused of acting as the Kenyan firm’s agent.

He and Dora Siliya, former Zambian minister of communications and transport, have also been linked to the controversial Cayman Island-registered company RP Capital. According to an inquiry report, RP Capital was paid as much as $12.6-million to value the repossessed assets of state telecommunication company Zamtel. It valued the parastatal at less than $300-million when the market value was expected to peak two years later at about $5-billion.

Reuters reported last week that Libya’s LAP Green Networks is suing the Zambian government for $480-million over the seizure of its 75% stake in the country’s only fixed-line telephone operator.

Banda enjoys close connections with prominent figures in a number of African countries and is linked to numerous businesses in the region.

In 2004, The Namibian newspaper reported that Banda and business partner Gikonyo, accompanied by two Spanish businessmen, met the then Namibian prime minister, Theo-Ben Gurirab, in Windhoek for business discussions.

Zambian media recently reported that he was accommodated at State House in Kenya, but the Kenyan government has denied this.

Shortest term as head of state

Rupiah Banda (75) was Zambia’s fourth president and is the ­shortest-serving head of state in the country’s history, having served for only three years.

He took over as president after Levy Mwanawasa suffered a stroke in June 2008. Following Mwanawasa’s death in August 2008, he became acting president.

As a candidate for the governing Movement for Multiparty Democracy, he narrowly won the October 2008 presidential election. During the presidency of Kenneth Kaunda, Banda held important diplomatic posts and was active in politics as a member of the United National Independence Party. Years later, he was appointed vice-president by Mwanawasa in October 2006.

During his presidency, Banda was widely accused of being soft on corruption and involving his sons in dubious state deals. He was defeated by opposition leader Michael Sata in the September 2011 presidential election. — Charles Mafa