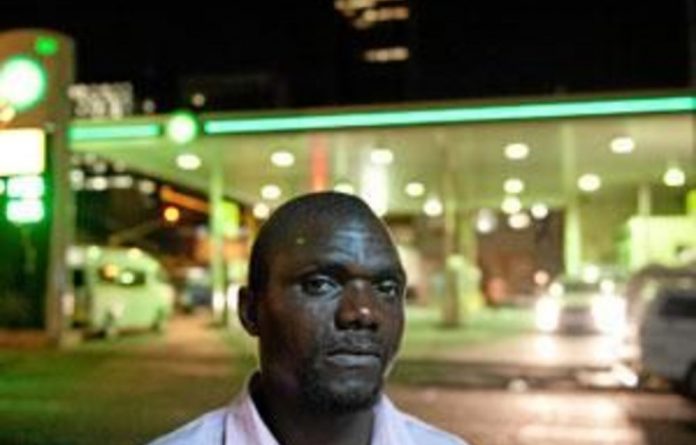 Divisions within the National Prosecuting Authority (NPA) continued to widen in the North Gauteng High Court on Thursday with state prosecutor Chris Macadam accusing his colleague, Anton Ackermann, of “subterfuge” for his actions in a case that is going to help define South Africa’s obligations under the Rome Statute to pursue international crimes against humanity.

Ackermann is the head of the Priority Crimes Litigation Unit within the NPA. The unit is tasked with “managing and directing the investigation and prosecution” of Rome Statute crimes and Ackermann is named as the second respondent by Southern African Litigation Centre. Rome Statute crimes include torture and genocide. He had sought to ensure that allegations of torture made against senior Zimbabwean politicians would be investigated by the South African police and had refused to remain silent about his views.

This case followed a 2007 Zimbabwean police raid of the opposition Movement for Democratic Change (MDC) headquarters in Harare, after which 17 then-opposition activists claimed they had been tortured.

On Thursday, Macadam suggested that Ackermann had colluded with the opposing counsel in a landmark case brought to the court by the litigation centre and the Zimbabwe Exiles Forum, which are seeking a judicial review of a South African police decision not to investigate their complaint of torture and crimes against humanity lodged with the NPA in 2008.

Ackermann bats for the other side
On Monday, Ackermann took the unusual step of filing his affidavit with the applicants’ because, he claimed, for two years he was prevented from airing his views, which differed from those of the NPA and its successive bosses, Mokotedi Mpshe and Menzi Simelane, in court.

According to Macadam’s affidavit, Ackermann initially agreed to abide by Simelane and Mpshe’s decision regarding the police’s failure to investigate the torture complaints but then changed his tune after “extensive discussions” with the counsel for the litigation centre.

According to a legal source, since Ackermann’s action, the atmosphere at the NPA has been tense.

NPA spokesperson Mthunzi Mhaga said this week that the prosecuting authority was still considering the implications of the affidavit.

According to Ackermann’s affidavit, he referred the torture complaint to the South African police for investigation in 2008, and was unhappy with the reasons provided by then-acting police commissioner Tim Williams to not investigate the matter.

Ackermann also stated in his affidavit that, for more than two years, he was refused separate representation to air his views in court; he was frozen out of the drafting of affidavits and threatened with disciplinary action for attempting to air his views.

According to an email from Macadam, “if [his views were] inserted into an affidavit, this will be interpreted as an attempt on your part as to cast doubt on the reasons relied upon by Williams, Mpshe and advocate Simelane and [police] commissioner [Bheki] Cele — These persons and their counsel would be wholly justified to challenge your opinion and I am of the view that it would be attacked on the basis that it is mischievous”.

Ackermann said an assurance by the then director of public prosecutions, Simelane, that a meeting would be held to incorporate his views into the director’s responding papers never materialised.

Simelane was placed on special leave by President Jacob Zuma in December last year following a Supreme Court of Appeal judgment that ruled his appointment was irrational and illegal.

The complaints of torture are contained in a dossier compiled by the centre and includes the testimony of 17 of those arrested in the raid (See “Dossier reveals widespread, systematic abuse”).

The litigation centre is pushing for the investigation, and prosecution in local courts, of those involved, including high-ranking Zanu-PF Cabinet ministers and police officials “who travel to South Africa regularly”. It is doing so in terms of the Rome Statute, which established the International Criminal Court, and in terms of South Africa’s own Implementation of the Rome Statute of the International Criminal Court Act.

In court proceedings, counsel for the police, Hans Ferreira SC, argued that the South African police did not have the jurisdiction to conduct an investigation in Zimbabwe.

But presiding Judge Hans Fabricius raised the question of whether “diplomatic concerns are more important than human concerns?”

Wim Trengove SC, arguing for the litigation centre, said that South African police did have the jurisdiction to investigate and that both Mpshe and Williams had erred in refusing to do so. He also asserted the right of Mpshe, as head of the now disbanded Scorpions, to call for an investigation in 2008.

Trengove was also critical of the “political considerations” that appeared to have influenced both Williams and Mpshe — who had meetings with the minister and deputy minister of justice to discuss South African government policy regarding Zimbabwe — before arriving at their decision.

Gilbert Marcus, SC, also acting for the litigation centre, said that, according to Simelane’s version, “political considerations loom large in his decision-making”. This, said Gilbert, “blinded” Simelane to his legal obligation “to co-operate and exhaust all options available that would facilitate an investigation of priority crimes.”
Judgment was reserved.

Dossier reveals widespread, systematic abuse
“I was told to take off all my clothes. They attached electric wires to my genitals and applied electric shocks four times. On one occasion, the wires were applied to my thighs — The police officers told me that [Movement for Democratic Change (MDC) leader] Morgan Tsvangirai would not take me anywhere — When I was given an electric shock for the fourth time, I fell down extremely hard and I must have hit my head against something because I began to bleed from a wound to the head,” states “detainee three”.

The testimony is one of 17 affidavits by Zimbabwean activists being used by the Southern African Litigation Centre and the Zimbabwean Exiles Forum in a North Gauteng High Court application to compel the South African government to investigate allegations of torture by high-ranking Zimbabwean officials under South Africa’s Rome Statute obligations.
Under the statute, torture is a crime against humanity.

The allegations of torture followed a raid on the Harvest House headquarters of the MDC in Harare on March 28 2007, but the litigation centre has also compiled evidence from doctors in Zimbabwe who have treated other alleged victims of torture, which suggests that the methods used are both widespread and systematic.

The detainees describe a wide range of torture methods used by the Zimbabwean police, including waterboarding, strangulation and being beaten with baseball bats, batons, fan belts, fists and iron bars.

“Detainee five”, according to the dossier, was made to lie across a railway track and told to “lie like that waiting for the train to come”.

Describing waterboarding, “detainee three” said: “The police officers tied a white T-shirt around my mouth as a gag and placed a black plastic bag over my head, which was tied tightly around my neck. I couldn’t breathe. They then plunged my head into a bucket of water. I lost consciousness.”

The arrests followed a spate of bombings in Zimbabwe and, according to the dossier, which has redacted the names of the victims and perpetrators, all the deponents “maintain with absolute consistency” that the torture was aimed at extracting information about the MDC’s internal operations, its sources of funding and information on and confessions to the bombings.

The dossier implicates 12 police officials and six government officials, including ministers and directors general, in torture. It also reports that police officials travel to South Africa to “conduct investigative work” and, according to disclosures in the Zimbabwean High Court in the bail application of several arrested in March 2007 raid, “such travel sometimes occurs in furtherance of the police’s ­persecution of the political opposition”.

During the bail application, the Zimbabwean government’s legal representative submitted that, following the March 2007 arrests, “the police made four trips to South Africa and were allowed entry” on two occasions and denied entry “on the other two because they had not followed proper procedures”.

The Zimbabwean police’s cross-border practices appear commonplace. On Monday, outside the North Gauteng High Court in Pretoria where about 100 Zimbabweans had gathered in support of the court application, 33-year-old Zimbabwean activist Gift Nhidza told how, when he had been arrested by Zimbabwean military intelligence in South Africa in 2007, the South African police had also been present. “It seemed [to be] a government-to-government operation. I was taken back to Zimbabwe and charged with treason and kept in prison for over a year. They beat me and used electroshock on my genitals because they said I am a terrorist. But I am not a terrorist,” Nhidza said.

He added that he crossed the border back into South Africa when he was released on bail after the 2008 elections.

The Zimbabwe police activities in South Africa raise questions about the role of South Africa’s own state security apparatus in the “persecution” of Zimbabwean activists living in South Africa.

South Africa is a signatory to the Southern African Development Community’s agreement in respect of co-operation and mutual assistance in the field of crime combating, which states that the “police service of the hosting country is responsible for the gathering of all the relevant evidence, which would include tracing and questioning witnesses and seizing exhibits.” — Niren Tolsi