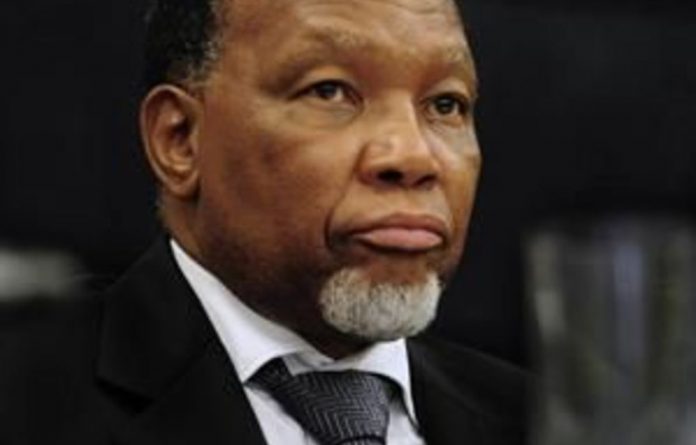 Cosatu’s health union Nehawu has launched a veiled attack on Deputy President Kgalema Motlanthe for attending a centenary celebration rally organised by the ANC Youth League in Tzaneen, Limpopo, implying that his presence there was an endorsement of a faction in the ANC ahead of the party’s elective conference in Mangaung in December.

While attacking Motlanthe, the union declared support for President Jacob Zuma following the judgment by the Supreme Court of Appeal granting the Democratic Alliance access to the records that led to the National Prosecuting Authority dropping corruption charges against the ANC president. In what appeared to be an attack on the judiciary and opposition parties, Nehawu said on Thursday: “The [national executive committee] has noted with alarm the emergence and convergence of a powerful, liberal and often racist anti-majoritarian grouping in our country, in defence of the beneficiaries of apartheid’s wealth and privilege, who are hell-bent on frustrating and sabotaging the radical transformation of our society using the courts and other democratic institutions.”

Motlanthe’s appearance at the youth league rally is widely seen as the clearest indication so far that he is ready to challenge Zuma for the ANC’s top position. The Mail & Guardian reported earlier this month that Motlanthe had told close ANC comrades that he would stand for the position of president if nominated by the party’s branches.

The youth league has made it clear that it wants Motlanthe to replace Zuma as ANC president. It also wants Sports Minister Fikile Mbalula, who accompanied Motlanthe to the Tzaneen rally at the weekend, to replace Mantashe.

Addressing the media on Thursday, Nehawu general secretary Fikile Majola said the union’s national executive committee was disturbed that some senior ANC leaders had allowed themselves to be used by certain factions in the party to campaign for leadership change in the ANC. Although Majola did not mention names, it was clear that he was referring to the youth league and its embattled president, Julius Malema.

Evidently, Nehawu is not taking at face value Motlanthe’s public statements against factionalism.

Asked whether Motlanthe’s condemnation of ANC members wearing T-shirts bearing his face and declaring him as the future president was not enough, Majola said: “We welcome Kgalema’s remarks. But the leadership should speak consistently about this.”

Last weekend Motlanthe reminded ANC supporters at the rally that the organisation was bigger than individuals.