Plato and the politics of gangland 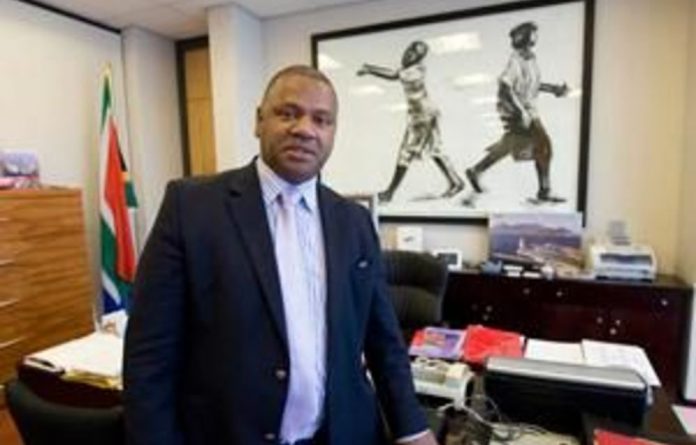 Politics in the Western Cape is never dull, as the provincial MEC for community safety, the Democratic Alliance’s Dan Plato, can attest.

He held a press conference late last year to announce that he would sit “face to face” with gang bosses to try to stop the killings in the province, yet this week he finds his peace-brokering efforts under fire.

Plato accused the ANC in his budget speech in the provincial legislature last Friday of conspiring with gang bosses to destabilise the province. ANC politicians, in the raucous debate that followed, in turn accused him of cosying up to gangs.

However, Plato claimed in an interview with the Mail & Guardian this week that the three private meetings he held with three gang leaders were a well-meaning attempt to get them to put down their weapons.

“I never contacted the gangs; they wanted to see me. People are dying and the police couldn’t stop the killings,” he said. “Senior police officers have told me they are glad I am so hands-on.”

Describing the visits he made to the three gang leaders, whom he did not name, Plato said that his security officials had dropped him at public places and waited outside while he went alone to the meetings.

On two occasions he had met the gang leaders at restaurants and on the third he met a gang leader at a flat for talks. In all cases, Plato said, he was seen going in and out of the meetings.

He questioned the motives of the ANC in “shouting from the rooftops” about his talks with gangs and his efforts to find peaceful solutions.

It had all just been part of his strategy of using a “hands-on” approach, he said, and some police officers in the gang-affected communities had congratulated him for his work.
Plato said he had been warned about the “ludicrous rumours” accusing him of being on the payroll of the gangs.

These scare tactics had not deterred him from his mission to expose what he believed was a dangerous ANC plot to unseat the DA in the province, he said.

“The violence we currently experience in the Western Cape is nothing more than politically motivated. People attending these meetings reported that one of the topics discussed is how to make the Western Cape ungovernable with the assistance of the gangsters.”

Plato used the privilege of the legislature to claim he had received “reliable information” that senior ANC leaders were trying to destabilise the province, but the allegations were refuted by ANC members as “nonsense”.

However, DA provincial leader Theuns Botha has now claimed that he has received information that the violence will spread to Riviersondersend in the Overberg region.
Plato remains convinced the unrest is being orchestrated.

The ANC’s provincial secretary, Songezo Mjongile, said it was “rubbish” that the ANC was trying to destabilise the province and last week’s violence in Grabouw had reflected the genuine concerns of the people over the state of a school in the area.

“We went out there to see for ourselves what was happening,” said Mjongile. “And, in fact, it was the ANC that defused the situation.”

Calls for Plato’s resignation
Plato should resign, he said, because he was out of his depth in his position and should not be meeting with gang leaders.

“He is just trying to deflect from his own incompetence,” said Mjongile. “This is the job of police and intelligence. Plato’s meetings with gangs will have no impact on reducing crime. He is just undermining the police efforts to control crime.”

Plato was replaced as mayor of Cape Town by Patricia de Lille last year and became an MEC.

In an effort to address gang violence in the Western Cape, Plato has collected a “dossier” of information, which was mentioned in the provincial legislature. Among the documents are a number of unsubstantiated claims by former ANC supporter Jeff Franciscus, who died in a car crash in November.

Franciscus faced fraud charges at the time of his death, but Plato believes the car crash should be further investigated by police because Franciscus had received death threats after he allegedly told Plato he was going to expose top ANC figures who were apparently involved in fraud.

Lieutenant Colonel Andre Traut, corporate communications officer for the South African Police Service in the Western Cape, told the M&G that Franciscus’s death in the smash was being investigated by the Brackenfell police.

“A culpable homicide case docket was registered,” he said.

However, Traut said the SAPS would not answer questions about the police’s thoughts on Plato’s alleged attempts to broker peace deals with gang bosses.