SA’s Brics score not all doom and gloom 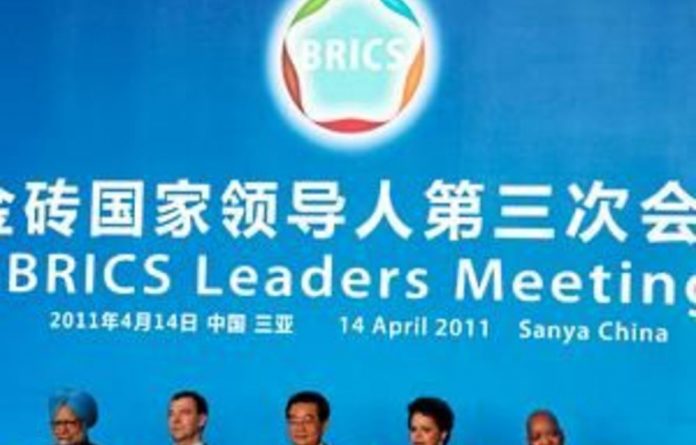 In a recent interview with me published in Mail & Guardian Business (“SA presence drags down Brics”, March 23), readers may have got the impression that I was not a fan of South Africa because I believe it is not big enough to be a true Bric (Brazil, Russia, India and China) economy. But there is a big difference between the two, which I would like to make clear.

As mentioned in the interview, I became focused on South Africa and its introduction of an excellent inflation-targeting regime at the core of its macroeconomic framework soon after 1994. I was asked to be an expert international witness in the rand inquiry a few years later. My main message was to concentrate on keeping inflation low and stable and not worry excessively about rand volatility. If you concentrate on achieving low inflation, the rand will look after itself.

Since then, I have watched South Africa emerge from that period. By and large, it has kept its macro ­policy framework intact and it serves the country well. What it now needs to do is to introduce more policies to encourage productivity growth and boost the economy’s growth potential. Perhaps now that it is part of the Bric club, South Africa can lead higher productivity for the entire continent.

Before I outline what might be helpful, though, let me return to the issue of the Brics meeting this week. When I first created the acronym “Bric” more than 10 years ago, it was meant to describe those countries large enough today, or which might be large enough in the future, to be literally part of the “bric” or fabric of the modern global economy.

You need two things to be a large economy: a large population and strong productivity. Over the past decade, following much research, I have found myself suggesting that, to be a true Bric nation, a country probably needs to be producing at least 5% of global gross domestic product (GDP), or showing strong signs that this level is highly likely to be achieved in some foreseeable future. Only the four countries that make up the acronym “Bric” can satisfy this criterion. South Africa simply does not have enough people. With 50-million people, it has close to a third of Russia’s population, which is the smallest of the four.

There are many other countries larger than South Africa that have approached me and asked me to consider using one of their initials as part of a new, broader acronym, but I find it difficult to see how they can achieve the status of this simple definition. South Korea and Turkey are both emerging economies with a much larger GDP than South Africa’s and they are not likely to be Briclike in terms of the 5% definition. Mexico and Indonesia are two countries with policymakers who seem particularly keen to persuade me, but their case is not so strong. All four these economies are greater than 1% of global GDP; in the case of Korea and Mexico, they are actually about 2%, considerably bigger than South Africa. But if South Africa can be a member of the Bric club, why not them?

Whatever the ins and outs of the criteria in terms of the club, South Africa has just participated in its second meeting as a member – and congratulations to it (which I think I did mention in the interview discussion). What is important, though, is whether South Africa can help the Brics achieve anything as a group and, in this regard, justify and boost its presence in the club.

In this context, of course, and this is probably why it was invited, South Africa could more than justify its presence if it helped Africa to fulfil its remarkable potential. I witnessed South Africa’s successful hosting of the 2010 Fifa World Cup and, following that, wrote an article suggesting that if Africa explored cross-border synergies, it would be big enough to be regarded as a true Bric country, as defined above.

Africa is already similar in size to India or Russia, it has the overall population to be compared to China or India and, as shown in the article, if it boosts its productivity performance, it could reach $10-trillion or more by 2050 and be as large as Brazil may become, even if not the size of China or India. What South Africa can do in this context is help to lead the change.

To monitor trends in productivity, we have maintained for many years an index that Goldman Sachs refers to as a “growth environment score”, measured from zero to 10, with 10 being the highest possible score. The revamped index for 2011 includes 18 different variables, ranging from those concerning macro stability (on which South Africa scores well) to those involving technology, the rule of law, corruption, stability of government and education.

Goldman Sachs calculates these scores for 183 countries. South Korea scores a remarkably high 7.7, the fourth-highest of all those countries. I find myself thinking that it should represent a symbol for the Bric countries, as well as the so-called Next 11 (N11) countries of the most populated nations.

In the time of my professional career, South Korea has transformed itself from a relatively poor nation to one now approaching the wealth of much of the more developed nations.

This is what many other developing nations, especially in Africa (South Africa included), should strive for. South Africa scores a lower 5.08 on the growth environment score. It is not in the same league as South Korea, but it is significantly higher than many N11 countries and is also well above the African continent’s average of 3.77.

South Africa scores well for use of cellphones, the cost of setting up business and for most of the macroeconomic stability variables. It also does reasonably well in some areas of governance and schooling. If it could improve in other areas, especially in the broader use of technology, opening up to trade and aspects of governance, then it would start to approach South Korea’s levels.

If South Africa could also help to lead the rest of the continent to reach its own standards where these are high, the continent would be on an accelerated path to greater economic might. By exploring cross-border expansion in trade and infrastructure, as well as considerable improvements in domestic productivity, South Africa will have more than justified its role as a Brics member and, contrary to any impression created by the interview, it will ensure I remain as excited about South Africa as I was 15 years or more ago.