Think about the children who cannot spell ‘refugee’ 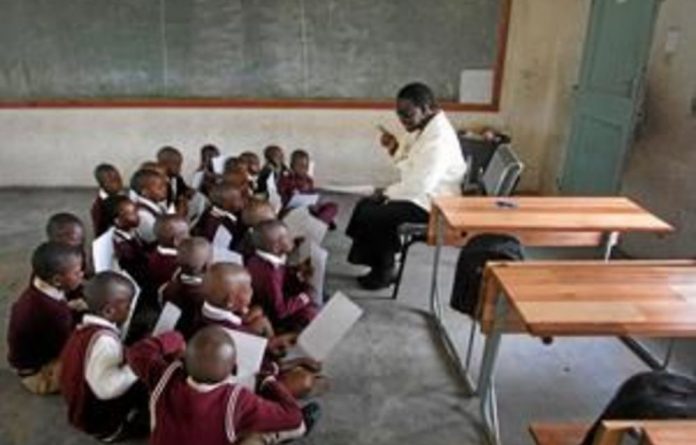 It is time we cast aside the ­shackles of objectivity and nuance and started talking plainly about some of the problems our country has.

What the late, lamented Julius Malema did for politics, someone needs to do for the news. What is that, you ask? Reduce everything to its crudest oversimplification so that we can stop wasting time looking at all sides of the hazy picture. The time for the luxury of indulgent debate is over. We need to plainly confront what is wrong.

George Orwell wrote that — and with variations this is true of all political parties — ‘Political language is designed to make lies sound truthful and murder respectable and to give an appearance of solidity to pure wind. One cannot change this all in a moment, but one can at least change one’s own habits.”

I do not care whether Helen Zille thinks that the Western Cape is London and the Eastern Cape is Rwanda. One insensitive politician (wow, did not see that one coming) is not going to make a difference to the fact that our government has not only failed to redress the evils that apartheid did to our education system, it has actually managed to cock it up even further.

Oh my, there are so many good reasons why our education system is failing. But cut through all the self-serving debate, the litany of obstacles apparently rendering our politicians impotent, and we are left with one stark fact: we are destroying the children of our country. There have been hundreds of reports of violence against pupils in the past year, by teachers and by fellow pupils. What passes for a pass mark is so insultingly low, your average dolphin could matriculate and still have time to taunt Japanese fishermen.

So shove it, you whining ninnies. What more could you possibly need to allow you to make it right? Fighting about whose fault it is might help pass the time while waiting for the gravy Gautrain to stop, but perhaps you could use the time a little more fruitfully and actually fix the damn problem.

And I am sure there are huge and complicated reasons why our unemployment rate was roughly 25% in the fourth quarter of last year. That is one in every four of our potential workforce out of work. Again, there are so many good reasons why this is the case. And to be fair, many initiatives are trying to address it.

But when plainsong is your soundtrack, there is only one chorus: we are going to be in severe trouble when the youth of our country decides it is more fun to topple a government than starve at home.

Many will find this crude analysis offensive. Good. It is time we got angry about injustice and stopped accepting the excuses. The problem is not just of the politicians’ making.

Sure, most of them are cowards trying to please everyone so that they can keep their jobs and their first loyalty is to their party, their second to their stomach and their country appears to come a very distant third. But we are the idiots who voted them in and who would rather keep in the devils we know than allow the smug angels of the opposition any leeway.

It is an exercise I recommend, this simplification of essential truths. In 10 years’ time, South Africa’s children will not even be able to spell ‘refugee”. They really will not care how many points you scored off each other while furthering your petty party-political agendas.

Despite growing disgruntlement and a string of high-profile resignations, often by black members, DA rank and file don’t appear to be jumping ship
Read more
Opinion