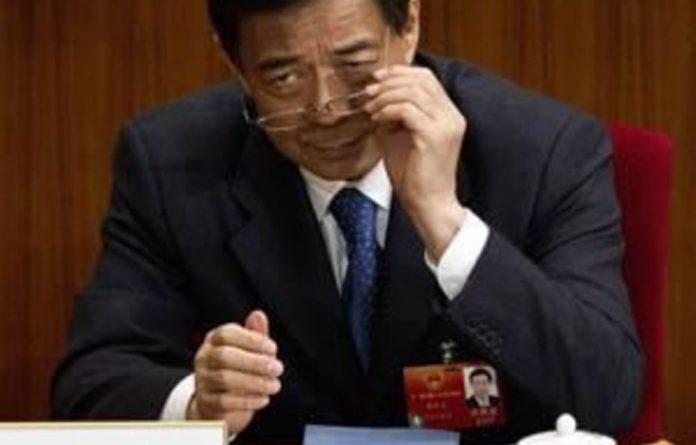 China has shut down websites, made a string of arrests and punished two popular microblogs after rumours of a coup linked to a major political drama.

China has shut down websites, made a string of arrests and punished two popular microblogs after rumours of a coup linked to a major political drama that led to the fall of a rising political star.

Six people were arrested, while the country’s two most popular microblogs, run by sina.com and Tencent (In which South African media giant Naspers has a 46,5% interest), said they would stop web users from posting comments until Tuesday after being criticised by the authorities.

Analysts say the political drama has exposed divisions in the ruling Communist Party as it prepares for a key leadership transition later this year.

“Lies and speculation”
Bo, removed as party chief of the southwestern metropolis of Chongqing after his former police chief fled to a US consulate and reportedly demanded political asylum, had been tipped to join the country’s top echelons of power.

In an editorial Saturday, the People’s Daily, the mouthpiece of the Communist Party, pledged to punish those responsible for the “lies and speculation”.

“Online rumours undermine the morale of the public, and if out of control, they will seriously disturb the public order and affect social stability,” said the newspaper, according to Xinhua.

Xinhua reported the website closures late Friday, naming some of the sites involved as meizhou.net, xn528.com and cndy.com.cn, saying they had been shut in accordance with laws for failing to stop the spread of rumours.

Online speculation
sina.com and Tencent, who run popular microblogs known in China as weibos, had carried online chatter speculating about a coup and were “criticised and punished accordingly”, a spokesperson for the state Internet information office said, according to Xinhua.

The spokesperson said both sites had pledged to “strengthen the management” — and just hours later the Internet giants announced they would block users from posting on the microblog services.

“From March 31, 8am to April 3, 8am, weibo’s comment function will be temporarily suspended,” said Sina, whose weibo service is China’s most popular.

China blocks all information deemed sensitive under a vast censorship system known as the “Great Firewall”, but the huge rise of weibos is making this task increasingly difficult.

Censors had previously blocked all forms of search on the weibos for terms linked to Bo. — Sapa-AFP