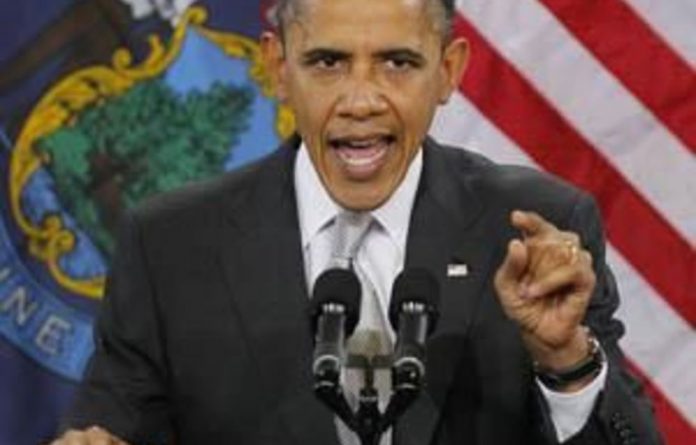 President Barack Obama is calling on Congress to increase taxes on millionaires, reviving a proposal he first pitched last September that aims to draw sharp election-year lines between the president and the Republican opposition.

The plan, scheduled for a vote in the Democratic-controlled Senate on April 16, stands little chance of passing in Congress. But it is a prominent symbol of the efforts the president and congressional Democrats are making to portray themselves as champions of economic fairness. Republicans dismiss the idea as a political stunt with little real effect on the budget.

“We don’t envy success in this country. We aspire to it,” Obama said in his Saturday radio and Internet address. “But we also believe that anyone who does well for themselves should do their fair share in return, so that more people have the opportunity to get ahead — not just a few.”

Obama calls the plan the “Buffett Rule” for Warren Buffett, the billionaire investor who has complained that rich people like him pay a smaller share of their income in federal taxes than middle-class taxpayers. Many wealthy taxpayers earn investment income, which is taxed at 15 percent. Obama has proposed that people earning at least $1 million annually should pay at least 30 percent of their income in taxes.

In his remarks Saturday, the president encouraged listeners to pressure their members of Congress “to stop giving tax breaks to people who don’t need them.”

Stagnant tax rates
While the plan would force millionaires and billionaires to part with more of their money, Congress’ Joint Committee on Taxation estimated that if enacted, legislation reflecting Obama’s proposal would collect $47-billion through 2022 — a trickle compared with the $7-trillion in federal budget deficits projected during that period.

Obama also renewed his call for ending tax cuts for taxpayers earning more than $250 000. Those breaks, enacted during President George W. Bush’s first term, expire at the end of this year.

“Today, the wealthiest Americans are paying taxes at one of the lowest rates in 50 years,” Obama said. “Warren Buffett is paying a lower rate than his secretary. Meanwhile, over the last 30 years, the tax rates for middle-class families have barely budged.”

The new effort comes just days after the Senate fell short of the 60 votes needed to advance Obama-initiated legislation that would have ended $4-billion in annual subsidies to oil and gas companies. Two Republicans voted with Obama and four Democrats voted against him.

In the Republican address, House of Representatives Speaker John Boehner challenged Obama to get behind energy proposals backed by House Republicans, sustaining a Republican drive to blame the administration for high gas prices in an election year. Boehner called for more oil and gas production in federal lands and for a freeze in new regulations over refineries.

Anti-oil subsidy bill
He criticised Obama for pushing the anti-oil subsidy bill and for pressing Senate Democrats to vote down an effort to jump-start an oil pipeline project from Canada to refineries on the Texas Gulf Coast. He said Obama, in a meeting with congressional leaders a month ago, had shown a willingness to embrace some House Republican energy ideas.

“It was a new sign of hope, but unfortunately, only a brief one,” Boehner said.

“The pain at the pump is an urgent issue for hardworking taxpayers and it deserves the same urgency from leaders here in Washington,” he added. — AP