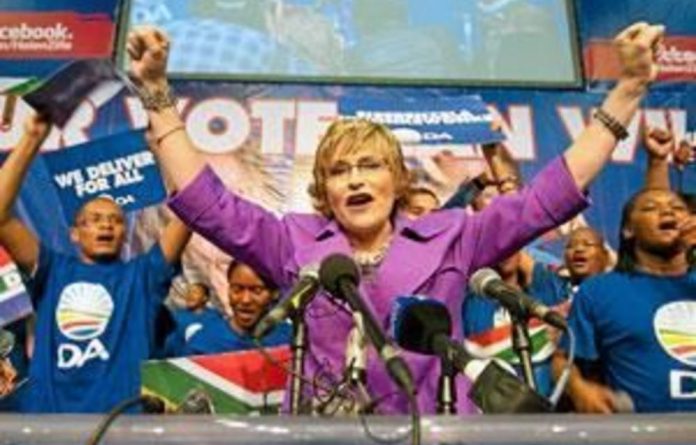 The Eastern Cape needs a “second liberation struggle” to free it from crony-capitalism and corruption, Democratic Alliance (DA) leader Helen Zille said in Grahamstown on Saturday.

Quoting from an unpublished manuscript by international affairs expert Greg Mills, Zille said: “Much of Africa has experienced two liberations; the first from colonial and or racist regimes, and the second from the excesses of the liberators themselves.”

“We, in South Africa, having suffered the ravages of colonialism and apartheid for so long, have lived under the delusion that if we succeeded in our first liberation struggle, the struggle for universal franchise, the rest would automatically follow,” she said.

The second struggle should be led by the DA, believes Zille, because it is the only party that has the values and policies needed to alleviate poverty and reduce unemployment.

The Eastern Cape, with its rich struggle history, needed the new liberation more than other provinces because it had “been so bitterly abandoned and betrayed over the past 18 years”.

As the province of former president Nelson Mandela’s birth, the Eastern Cape owed this to him “in the twilight of his life”, Zille said.

The refugee fugitive
Zille has come under criticism for a recent comment in which she referred to Eastern Cape pupils who flocked to the Western Cape for a better education as refugees.

Her statement was in reference to a protest in Grabouw over overcrowding at a local school.

“The ANC is vindicated by the statement made by Helen Zille,” said ANC spokesperson Jackson Mthembu regarding the statement.

“This is typical of the erstwhile apartheid government’s mentality that resorted to influx control measures to restrict black people from the so-called white areas.”