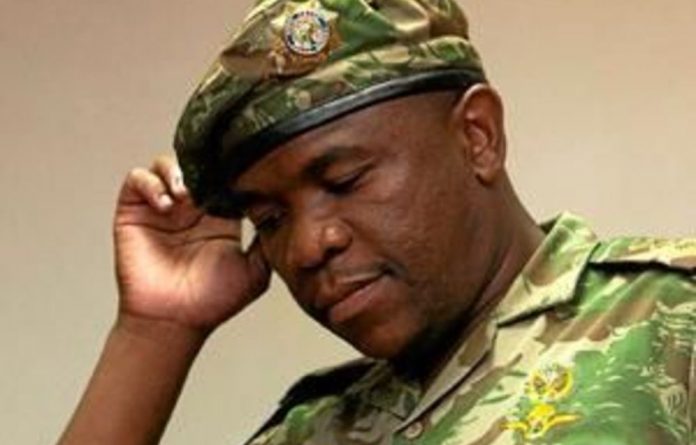 Brigadier Lindela Mashigo said he could not comment on a City Press report that Mkhwanazi intended meeting with President Jacob Zuma to tender his resignation.

“I am well aware of the writing [in the newspaper] … I have no comment, but to accompany my ‘no comment’ I am saying that he is still in place as acting national commissioner,” Mashigo said.

He also declined to comment on reports that Mkhwanazi objected to the reinstatement of crime intelligence boss Richard Mdluli and finance head Major-General Solly Lazarus. Their suspensions were lifted last week.

The City Press reported that Mkhwanazi was “shocked” at political interference around the issue.

On Friday, the presidency denied that Zuma had interfered with a corruption probe into Mdluli’s affairs or his reinstatement and said it was an internal police matter.

Urging a rethink
It also denied that Zuma had asked Inspector General of Intelligence Faith Radebe to rethink her decision to hand over the Mdluli investigation to the National Prosecuting Authority (NPA).

Mdluli was suspended in May after murder charges were laid against him.

Following this, fresh charges relating to fraud and corruption in the abuse of crime intelligence funds were levelled at both Mdluli and Lazarus but these were provisionally withdrawn.

In February, the NPA announced that the best way to deal with the murder charges against Mdluli was through a formal inquest and not a trial.

On Sunday, the Democratic Alliance (DA) said neither Mdluli nor Lazarus should be reinstated until public protector Thuli Madonsela had completed an investigation into the matter.

DA police spokesperson Dianne Kohler-Barnard said she would write to Madonsela to request an investigation.

Plundering
The investigation should also look at the reasons for the scrapping of the police’s internal disciplinary process against Mdluli.

It was further alleged that Mdluli’s family members had been drafted into the crime intelligence agent programme but had not undertaken undercover operations.

In the report, Mdluli was accused of abusing a Durban travel agent when he and his family travelled more than 50 times at the state’s expense.

The DA was “adamant” that Mdluli should answer for these allegations in court, she said. — Sapa