Contempt for court as SA tries to sneak foreigners out 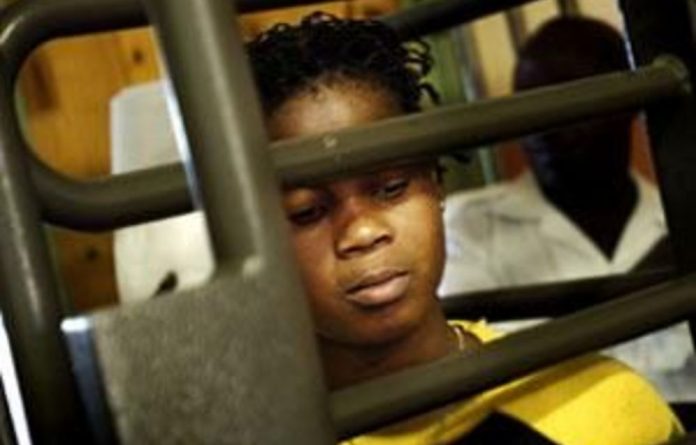 Controversy continues to stalk the Lindela Repatriation Centre amid claims that the state, which refuses to acknowledge wrongdoing, is illegally keeping foreigners locked up — and even trying to deport them before their cases have been decided by the courts.

Last week, the state tried to subvert the justice system by arranging to deport foreigners held at Lindela before their cases had been finalised by the courts — which later ordered their immediate release.

Yakubi Adeyemi* was placed on a plane bound for Nigeria in the early hours of March 28 — but the flight was halted after an urgent court order was obtained by the Legal Resource Centre (LRC).

Adeyemi is one of 22 men and women who had been held at Lindela for longer than the 120-day limit allowed for by the Immigration Act of 2002. After the failed bid to deport him, the department of home affairs was ordered by the South Gauteng High Court in Johannesburg to release the entire group, in accordance with the legislation.

According to section 34 of the Act, an immigration officer may arrest an illegal foreigner without the need for a warrant and detain them for a period of no longer than 30 days, after which a subsequent 90-day order must be confirmed through a warrant issued by a magistrate.

After 120 days of incarceration has elapsed, the Act stipulates all detainees should be released regardless of their official residence status.

Additionally the Constitution states “everyone has the right not to be deprived of freedom arbitrarily or without just cause” — a right afforded both to South Africans and foreigners.

“The department’s behaviour [in trying to deport foreigners before the conclusion of the legal process] smacks of arrogance and indicates they are merely trying to prove a point as to who is in charge while people’s dignity is violated and their livelihood is being put at risk,” LRC attorney Naseema Fakir told the Mail & Guardian.

The LRC had on March 20 asked the court to order the state to release the group of foreigners.

After earning a postponement in the case, the department of home affairs failed to appear in court on Thursday March 29, after which the court ordered the state to immediately release all applicants in the matter.

However, in between court appearances the department had arranged to deport several applicants in the case.

The LRC said it appeared that the haste with which the state tried to deport Adeyemi, who has two young children with his South African partner, was due to the fact that the department had already paid for his airline ticket — before his case arrived in court.

“The department may look at this from a monetary point of view, but it is ridiculously traumatic for the individuals involved. There is no dignity in simply putting a person on a plane in order to get rid of them,” Fakir said.

But the department of home affairs said it had been well within its rights to deport Adeyemi.

“There was no court order at the time the applicants were taken to OR Tambo International Airport to be deported. The order was granted at 5am on 29th March 2012. There was therefore no violation of the court order,” the department said.

Ignoring court orders
But even after the court order stipulating immediate released was issued, another Nigerian detainee, Mogeni Oni*, was placed on a bus at Lindela ahead of a planned deportation. After emergency enquiries were made by the LRC as to why Oni was in the process of being deported, he was returned to the confinement area at Lindela.

The 22 men and women were eventually released at 7pm on March 30 — nearly 30 hours after the court order instructing immediate release was issued.

State not to blame
The department of home affairs acknowledged that the 120-day limit for extended detention applied, but would not shoulder any blame for exceeding this period.

“The department works with resident embassies and high commissions in South Africa to verify the nationality of deportees and to process their travel documents. This process sometimes takes longer than 120 days,” the department said.

The latest events follow a reported uprising at Lindela in which detainees, mainly of Nigerian and Ethiopian descent, were understood to have demanded a meeting with immigration officials after some were kept at the facility for more than nine months.

After a violent confrontation, several internees were reported to have sustained serious injuries, with one understood to have been taken to hospital after the incident.

After initially failing to respond to questions posed by the M&G on the unrest, the department eventually conceded that an “altercation” had occurred at Lindela but was “quickly brought under control” by officials at the centre.

Repeated offences
Earlier in March the LRC secured the release of a Nigerian and an Angolan who were unlawfully detained as illegal immigrants.

The Nigerian, who had a valid work permit, was held for 114 days, while the Angolan was detained for 132 days without a warrant.

The department has been accused of regarding deportation procedures with contempt.

“It seems as though they are truly a law unto themselves and court orders and the like have little effect on them,” said Douglas Leresche, a project co-ordinator at People Against Suffering, Oppression and Poverty (PASSOP), an NGO working to protect and promote the rights of all refugees, asylum seekers and immigrants in South Africa.

‘I don’t understand their problem’
While some of 22 foreigners involved in last week’s incident are illegal immigrants, others say they have documents proving their stay in South Africa is legitimate.

Damurah Mekonen* an Ethiopian national, businessman and resident of Durban for the past 11 years says he was arrested in late October while trying to have his residence permit renewed at Home Affairs offices in Glenwood.

Mekonen said he was kept in Durban Westville prison for over a month before being transferred to Lindela, where he was kept for four months.

He said no answers about his continued detention were forthcoming.

“These people know nothing. They simply arrest you and ask questions later. If you ask where they are taking you or why, they laugh at you,” said Mekonen.

“I am not a criminal and I have done nothing wrong. I am here legally and I pay taxes so I don’t understand their problem,” Merkonen added.

Merkonen, Adeyemi, Oni and the 19 other applicants now have two weeks to sort out the legalities of their stay in South Africa. After that, should they fail to secure the correct documentation, they will again face deportation.

Beyond their control
The process of organising visas and permits has been criticised as overly complex, with many immigrants saying it takes up to three days of constant queuing simply to renew a visa.

The constant delays have led to a number of instances of immigration companies and individuals taking the department of home affairs to court.

Some of those being held at Lindela say they ended up there because of reasons that were beyond their control.

Nadine Nzapa, a security guard from the Democratic Republic of Congo who has been in South Africa for six years, has been kept at Lindela for three weeks, after she was arrested for not having a valid work permit.

Nzapa says she had not renewed her papers because her employer had threatened to fire her if she took time off to sort out her visa.

“There was nothing I could do. I need money to feed my children and I could not take off work,” a tearful Nzapa told the M&G.

As a result of her detention, Nzapa’s six children, the oldest of which is 13, have been left to fend for themselves at her home in Yeoville.

“I don’t know if they are going to school or looking after themselves. My children sometimes phone me and say they were given food, from who I don’t know,” Nzapa said.

*Names changed for fears of victimisation

Hunger strikers: ‘They shot us in the head at Lindela’