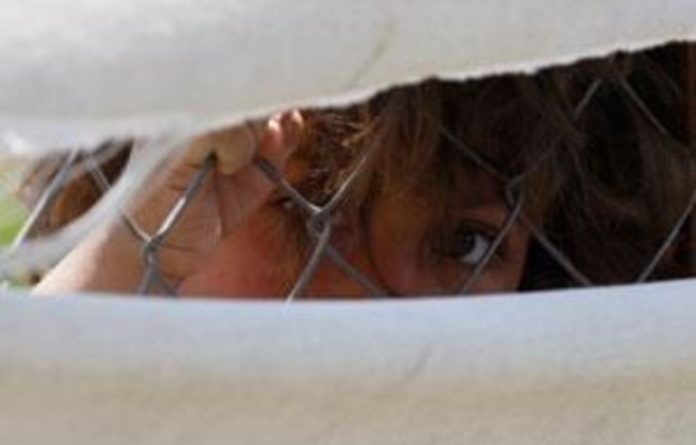 At least 18 people were killed Monday as Syrian forces pressed their crackdown on dissent, pounding rebel bastions mainly in the restive north which also left many hurt, monitors said.

“Two civilians and five rebels were killed by gunfire and shrapnel in an offensive launched this morning in the village of Hass,” in Idlib province, said the Syrian Observatory for Human Rights.

Troops set ablaze the houses of residents who had fled and arrested dozens of people in the village, it added.

Also in Idlib at least one soldier was killed in fighting with rebels in the village of Khirbet al-Joze, while a woman was shot dead in Kafruma.

Two other Idlib villages, Deir Subol and Farkia, were also targeted by troops in an operation in which a 16-year-old boy was killed and three other people injured, the Observatory said.

Also on Monday, a civilian was killed in an explosion in the northern city of Aleppo, it said.

In Daraa, cradle of the uprising, forces carried out arrest raids in the town of Dael, where two houses were burnt and a third collapsed, said the Observatory and the Local Coordination Committees activist group.

In the same region, army deserters fired rocket-propelled grenades at checkpoints at Inkhel, killing two soldiers, while gunfire was heard in the Tafas village.

Heavy machine gun fire was heard in the Hamidiyeh and Souk al-Hashish neighbourhoods of Homs city, one of the main targets of the regime’s year-long crackdown, said the LCC. Two civilians were also killed in Homs and three elsewhere in the province of Homs and in Qusayr.

A gun battle was fought between rebel fighters and government forces in the central city’s Juret al-Shiyah district, said the Observatory.

In Damascus, a blast ripped through the city centre near a hotel and a police station, injuring some people and damaging shops, official Syrian television Al-Ikhbariya and witnesses said.

“A bomb exploded loudly near the Hotel Kinda” in busy Marja neighbourhood in the centre of the capital, the television station reported.

“Four people were slightly hurt and shops damaged,” it added.

Witnesses said the explosion occurred near a police station in Marja and that the area had been cordoned off by security forces. Ambulances were seen at the site of the blast.

The latest violence comes a day after Western and Arab nations called for Assad to be given a deadline to meet the terms of a peace plan crafted by UN-Arab League envoy Kofi Annan.

On Sunday, at least 40 people were killed in clashes across the country, among them 15 members of the security forces, the Observatory said.

According to UN estimates, more than 9 000 people have died in the regime’s crackdown on an uprising that began in March last year, inspired by Arab Spring protests that toppled long-time dictators in Tunisia and Egypt.

AFP is unable to confirm the accuracy of the information and the tolls because of restrictions placed on journalists by the Syrian authorities. — Sapa-AFP