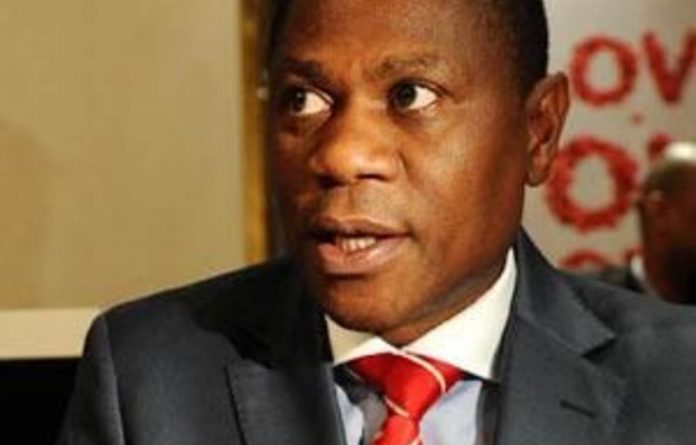 The department of arts and culture has allegedly spent R10-million on an exhibition at the Venice Biennale it called a “private initiative”.

Documents which came to light after court papers were served on the department for failing to respond to a request under the Promotion of Access to Information Act (Paia) have also revealed that commercial gallerist Monna Mokoena was appointed as commissioner without the process being put out to tender.

South Africa’s participation in 2011 in the Venice Biennale, a premier contemporary art exhibition held every two years, has been shrouded in controversy.

Concerns were exacerbated when it turned out Mokoena had initially tried to hide his identity from the public and the participating artists — two of whom were from his own gallery.

Questions were then raised as to why public money was being spent on a project that was clearly going to lead to the personal financial advancement of Mokoena.

The papers, now in the Democratic Alliance’s possession, prove that Mokoena’s “private initiative” was paid for by the taxpayer.

Despite several journalists asking for information on how the Mokoena appointment took place, and whether in fact he and the minister of arts and culture, Paul Mashatile, are friends, no answers have been received from any of the relevant parties.

What has now come to light is that the department — in a written response to the DA’s questions in Parliament — have claimed that “Cul Art for South Africa” submitted a proposal to the department to go to Venice, which was accepted. After this it seems Mokoena was selected as commissioner.

The department emphatically said no restrictions were placed on Mokoena not to select his own artists and he was doing nothing wrong by sending artists Lyndi Sales and Mary Sibande to Venice. It is however widely accepted that an artist’s prices increase considerably after showing at the Biennale and that a question of a conflict of interest should have been raised on this matter.

The department’s document, which includes a budget for the Biennale, states the participation of South Africa in the 2011 Biennale was not put out to tender due to the short time frames and any delay would “have caused South Africa to miss the deadline”.

However, this argument has largely been dismissed by the former director of the National Gallery, Marilyn Martin, and the curator of South Africa’s last exhibition at the Biennale, in 1995, Professor Malcolm Payne. Martin, among others, had contacted the department for several years after 1995 in order for South Africa to exhibit again.

Documents show the Biennale only announced South Africa’s participation in March 2011 but preparations seem to have taken place several months before that.

However in an email from December 2010, the chief director of international relations for the department, Louise Graham, claimed it “could not commit at this stage” to the Biennale and that South Africa would probably not participate in 2011 because the budget “was under severe strain”.

Despite the budgetary strain, R10-million was given to Mokoena for South Africa’s participation. There are, however, several inconsistencies with this “budget”. It appears to be the draft of Mokoena’s own budget to the department prior to the Biennale, rather than an audited financial statement.

If it is a good reflection of the actual budget, then there are some dramatic anomalies. It claims 21 “economy class” flights were paid for costing R35 000 per ticket. It also put aside R4.5-million for advertising and social media.

Another problem is the R850 000 that was set aside for the printing of 1 500 catalogues, pricing each one at R566 a copy. A specialist in print catalogues has looked at the one that appeared at the Biennale and said it would probably be priced at somewhere between R60-R90 a copy.

Another aspect of the budget that has raised eyebrows is the “management fee” of over R1.7-million, as well as a contingency fee of just under R1-million and a curator’s fee of R350 000. It is unclear who received these fees.

The department failed to respond to a request under Paia for documents concerning the budget, the appointment of Mokoena and the lease of a building in Venice that housed the exhibition and the department now faces court action.

R1.5-million was budgeted for the “design and construction of the exhibition space” as well as R320 000 for an “architects fee”.

Payne questioned why it was necessary to “design and construct an exhibition space” at such a price.

Payne contacted the DA spokesperson for arts and culture, Niekie van den Berg, asking him to investigate who benefitted from the fees paid. Payne has also flagged the R350 000 paid to the curator as well as the R4.5-million that seems to have been allocated to public relations, social media and marketing.

Despite several attempts to get the department and Mokoena to answer questions, nobody has responded.

A previous version of this story unfairly drew a connection between expenditure on marketing and social media and the role of head of public relations. The M&G is looking into where these funds were in fact allocated.

The injustices of the apartheid era have survived and expanded, and human rights flouder, in a state that was supposed to be founded on the rule of law and constitutionalism
Opinion